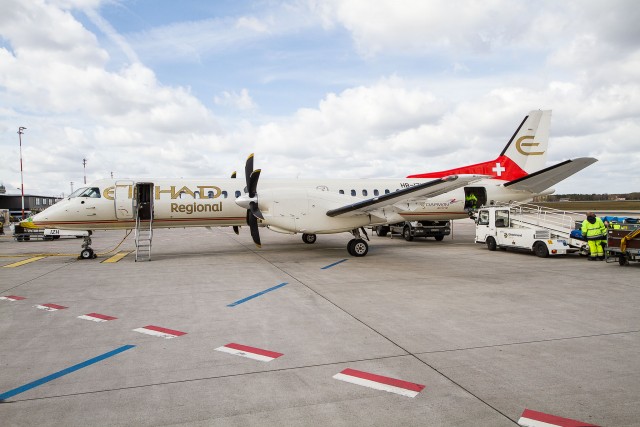 Recently,Â airberlinÂ commenced flights between Prague and Berlin-Tegel, and I was fortunate enough to be on-boardÂ the inaugural service.

The flights areÂ operated by Darwin Airline/Etihad RegionalÂ using a 50-seat Saab 2000 aircraft. Â ItÂ Â was a new type for me having only previously flown on the Saab 340. The Saab 2000 is one of theÂ fastest turboprop aircraft in commercial service, with a maximum cruising speed of 413mph.

I was curious to see what the Etihad RegionalÂ product would be like, and if it would live up to the Etihad mainline economy class experience.

airberlin has scheduled three daily return flights on the route. If we look at the route from a P2P (point-to-point) perspective, three flights is aÂ lot,Â given the numerous train and bus connections linking Berlin and Prague, in about five hours. Â The justification from airberlin for theÂ three flights per day is that Prague-Berlin will act primarily as a feeder service for their mainline European and long-haul international networks. All the flights are time strategically to connect, in particular with long-haul flights New York and Moscow. 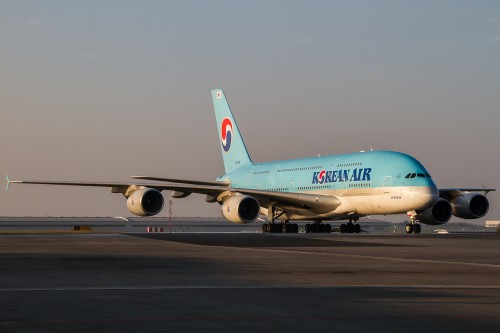 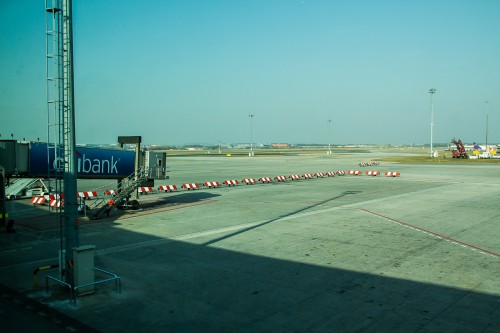 Korean Air presently operate eight A380’s in their fleet and they deploy them primarily on their key routes to Los Angeles and Hong Kong; this one-off flight to PragueÂ therefore came as a bit of a surprise.Â The reason behind this aircraft substitution (in lieu of the regular A330/B777 mix on the route) was due to a major EU technology conference in Hanover and the requirement for a large business class cabin.