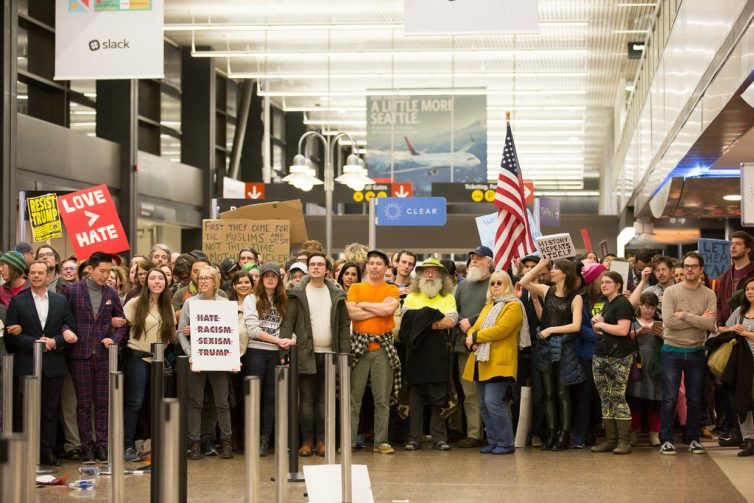 Capping off a tumultuous first week in office, President Donald Trump issued an executive order on Friday that — without warning — closed America’s gates to immigrants, refugees, and visitors from seven Muslim-majority countries. The order invited swift reactions across the U.S. and around the world. It also threw the aviation world into disarray. Individuals were held at airports without access to legal counsel, and airlines struggled to understand the executive order’s harsh ramifications. Airline crews even had to be adjusted in some cases.

AirlineReporter usually doesn’t venture too far into the world of politics, but given that this executive order has huge implications for air travelers around the world, we wanted to share some thoughts. Read on for an overview of the new policy, its impact on travelers over the weekend and beyond, and what we think it means for the spirit of air travel. (Spoiler alert: it’s not looking good)