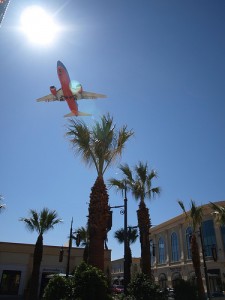 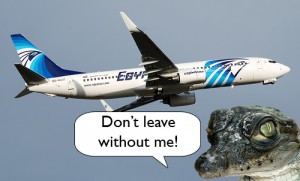 Millions of people travel on airlines around the world. I figured there had to be some crazy lawsuits out there and sure enough! Here are some of my favorites:

* Student sues US Aiways for $1million for a lost xBox

* Woman sues American Airlines for $200,000.00 because her seatmate…well…he hadÂ too much personal time on the flight. Don’t get it? You can read the story.

* Woman won’t shut off phone, gets arrested, then sues Southwest Airlines for doing their job.

* A married couple sued United Airlines for serving too much wine to the husband, causing him to abuse his wife.

* Man wanted to use his Continental Airline miles on another airline and didn’t want to pay the “other airline fee.”

* Some passengers of Flight 1549 didn’t feel the $5000.00 (and a second chance at life) was enough from the historic landing and are suing for emotional damages.

* Man sues British Airways for kicking him off the plane for being too stinky.

* Mother sues a Swedish airline after her son’s hamsters got frozen in the airline cargo hold (they bought them a new puppy).

Think about all these crazy lawsuits when you aren’t happy with how much your next airline ticket costs!

A while back I showed how Air New Zealand has nothing to hide. I think they liked the free feeling of not wearing any clothes, so they are at it again. Now their air safety video has nothing to hide either. Instead of the dry talking about emergency exits and how to fasten your seat belt, they show you the “bare essentials” to your aircraft’s safety.

All the humor aside, I think these creative video safety messages are a good idea. Even for those who travel a lot, it gets your attention and makes you think about safety again.

Ok, bringing the humor back, also make sure you check out the bloopers reel!