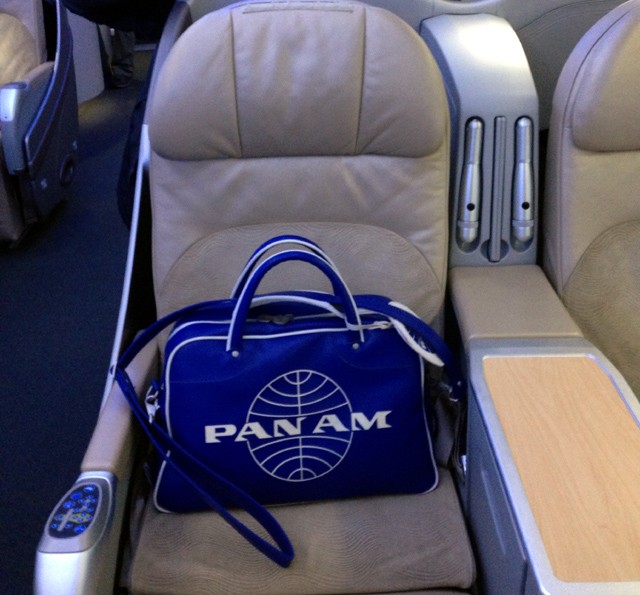 This is how I normally like to fly – in my own business class seat – Photo: Bag’s Human

It has come to my attention that many of you complain about the ’œinconveniences’ of air travel. I think that you may not be appreciating what your loyal luggage goes through every time you fly (and thank goodness I’m strictly a carry-on bag ’“ checked baggage has it MUCH worse!) Usually, aviation reporting and analysis is sorely lacking the luggage perspective, but AirlineReporter has given me this opportunity to set the record straight.

Consider the following elements of the passenger experience, and what your bags suffer through for your benefit:

In the unlikely event you have a very crazy flight, these flight attendants are making sure you will be prepared. 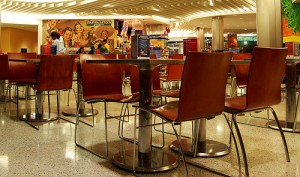 Sometimes bad things happens and there is no one to blame. Some how William Ogletree, a lawyer from Texas, didn’t get that memo. Ogletree was flying from Houston to Las Vegas back last December and went to the food court in Terminal C for some food. When leaving, he accidentally left his $800 black leather jacket, which unsurprisingly, someone ended up stealing.

Yea, that sucks, but it is a fact of life. I have lost a few coats in similar fashions (not $800 ones thanks goodness), but I didn’t blame anyone but myself. Ogletree on the other hand is threatening to sue the City of Houston, Continental Airlines and the food court’s management for failing to have “collected the coat, kept it in a secure place and held it for a reasonable time” until he was able to claim the jacket. The bitter passenger claims the defendants, “breached their duty” in connection with how they “manage lost and found items for which they are responsible.”

The letter written to the defendants, obtained by The Smoking Gun, shows Oggletree gave them ten whole days to pay him the $800 or they would also be burdened with, “court costs, attorney’s fees, investigation, expert witnesses and other damages.”

I am sorry you lost your coat Mr. Ogletree, but seriously get over it. It is not the city, the food court or Continental Airlines’s fault (I don’t even get how could come close to blame Continental — for not asking every passenger if they remembered their coats?). There are only two people to blame. Oggletree and whomever stole the jacket.

No official word if Ogletree ever got his money or his jacket.