Today, on a brisk Quebec fall morning, Bombardier’s CSeries Flight Test Vehicle 1 (FTV1) took off for the first time at Mirabel Airport (YMX). I, along with three thousand Bombardier employees watched the takeoff at just before 10AM ET, and then we waited for FTV1 to return at 12:25 PM.  Stands had been set up along the apron, with a somewhat distant view of the runway.  Of course, there were airline VIPs watching, including executives from the airlines that have ordered the 177 CSeries planes on the books, and from airlines that Bombardier is trying to convince to order the CSeries. 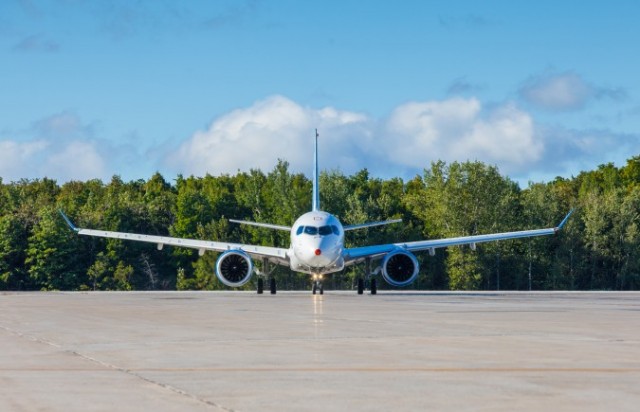 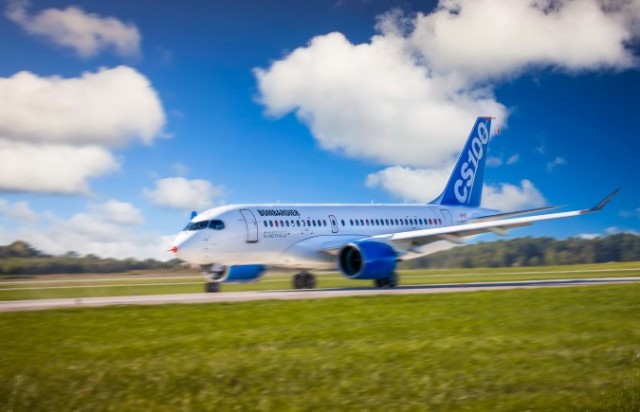 It sounds like testing is going well, according to Robert Dewar, Vice President and General Manager, CSeries Program.  ’œThe aircraft and the flight crew are feeling quite comfortable with the high-speed tests run so far. The crew is reporting that the aircraft is handling beautifully and pending a few more taxi runs, we’ll move into the shimmy testing of the main and nose landing gears whereby the stabilization and vibration, amongst other things, are tested,’ said Mr. Dewar.