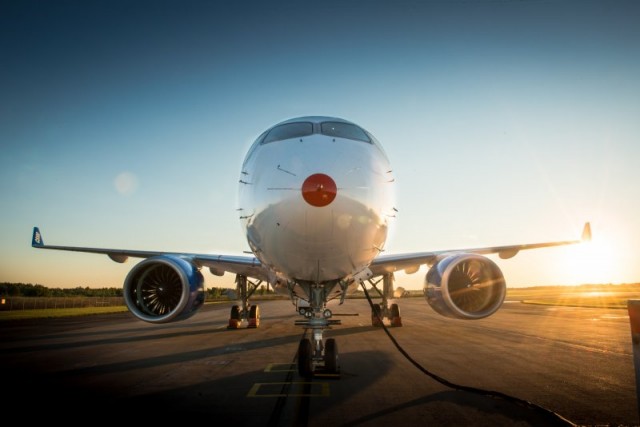 FTV1 looks pretty good sitting on the ground. I’m looking forward to seeing how nice the plane looks in flight, and hearing how quiet it will be. I’m guessing that FTV1 will have its first flight at Mirabel Airport (YMX) within the next two weeks. What do you think?

http://www.wingborn.aero
Oshkosh EAA AirVenture – Why it’s So Much More Than an “Air Show”
The REAL Reason Your Electronic Devices are Banned on Airliners
3 Comments

What a sexy jet!

Clown’s nose is not a good idea. The concurrents will have fun.

The “concurrents” are smart enough to know that’s the pitot static tube and as part of the instrumentation system, it’s required to be “orange”