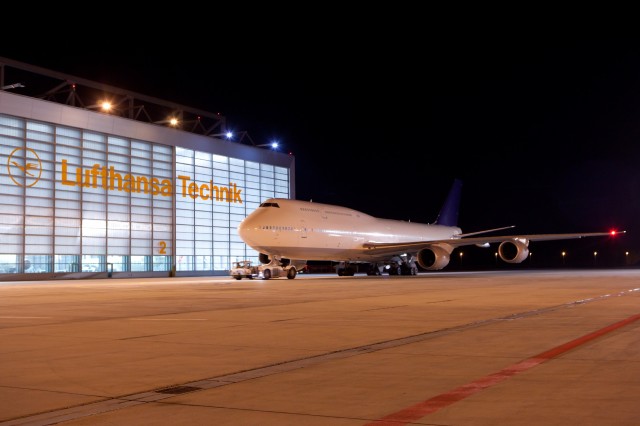 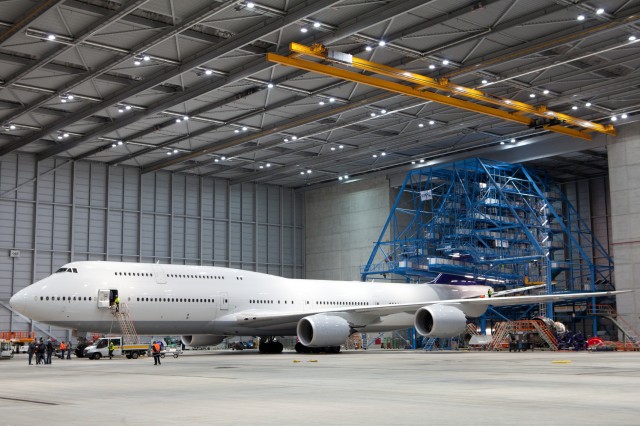 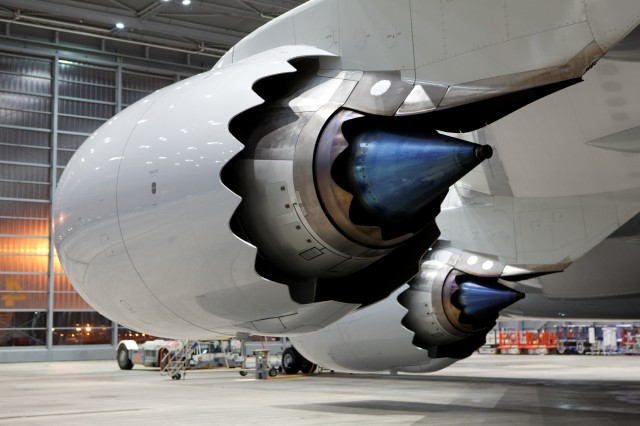 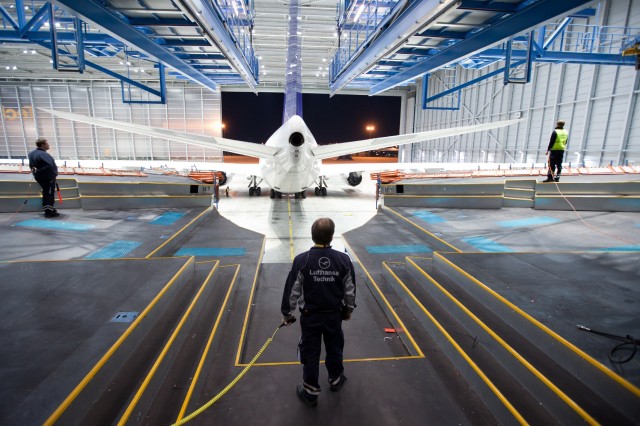 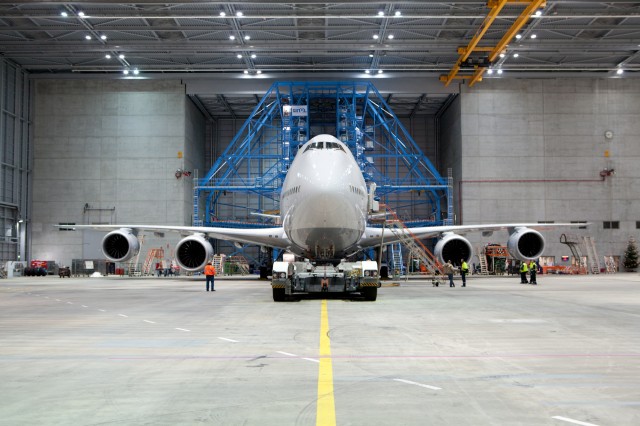 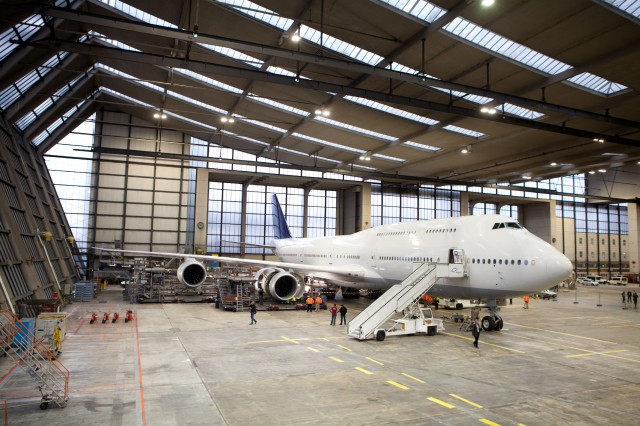 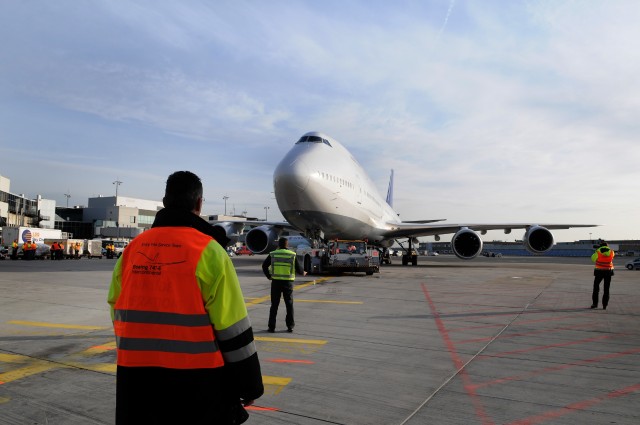 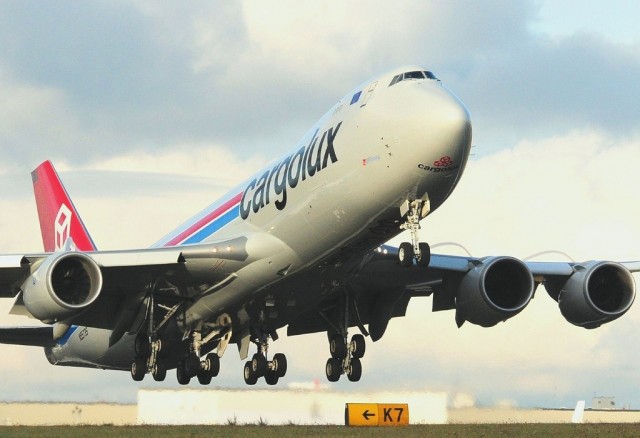 During an unrelated event, Qatar Airways CEOÂ Akbar Al Baker, who has a 35% stake in Cargolux, stated that he hoped Cargolux would take ownership of their first 747-8F on October 12th. That date was dependent on a Cargolux board meeting that took place on Friday, October 7th.

According to a press release issued by Cargolux, a decision was not reached during the board meeting. â€œDiscussions over these issues will continue over the weekend. The Company will provide an update as soon as an agreement has been reached.â€

At this point, Boeing is not sure if there will be a delivery celebration or a quiet departure; they are waiting to hear what Cargolux desires. â€œWe continue to speak with Cargolux and look forward to delivering its airplanes,â€ Boeing spokesperson Doug Alder Jr, explained to AirlineReporter.com.

Boeing was set to deliver their first 747-8F to Cargolux on September 19th, but at the last minute, the Luxembourg-based cargo company put the deal on hold and the delivery was postponed. Both Boeing and Cargolux kept quiet Â and rumors started about the reasoning behind this odd business maneuver. According to Qatar Airways CEOÂ Akbar Al Baker, who has a 35% stake in Cargolux, the issues stem from the 747-8F being 2.7% less fuel efficient than advertised. Al Baker stated that the issues causing the airline to back out of accepting delivery are related to GE, who built the engines on the 747-8F, and not Boeing. At this point, Cargolux is expected to take ownership of their first 747-8F on October 12th, pending the airlines board approving during their meeting on October 7th.

During a Boeing 777 delivery event for Qatar Airways, Al Baker was asked about Cargolux and their handling of the situation.Â â€œUnfortunately, the management of Cargolux did not take the action they should have taken during the process of the aircraft acceptance,â€ Al-Baker stated according to Bloomberg. â€œAs we sit on the board of Cargolux, we have full right to object if we find something is not fair as far as Cargolux is concerned.â€

One of the loudest rumors about this deal was that Qatar Airways was holding Cargolux’s 747-8F hostage for a better compensation deal on their 787 Dreamliners. However, Al Baker clearly stated that the Cargolux 747-8F delay has nothing to do with compensation for the 787 Dreamliner.Â â€œThe issue really with this aircraft has nothing to do with Boeing. It has to do with an issue that we had with the engine manufacturer,â€ Al Baker said according to the Seattle PI. â€œThis issue has been resolvedâ€ subject to board approval.

GE has already announced that they are working on a PerformanceÂ ImprovementÂ Package (PIP) for the the GEnx-2B engine found on the 747-8. The package is not slated to be ready until mid-2013.

Even with all the issues that Qatar and Cargolux have recently had with Boeing, according to ArabianBusiness.com, Al-Baker described his relationship with Boeing as strong, â€œdespite a few hiccups along the way.” At this point, it is not certain what the delivery celebration will entail and Boeing is waiting until after the October 7th board meeting to announce any plans.