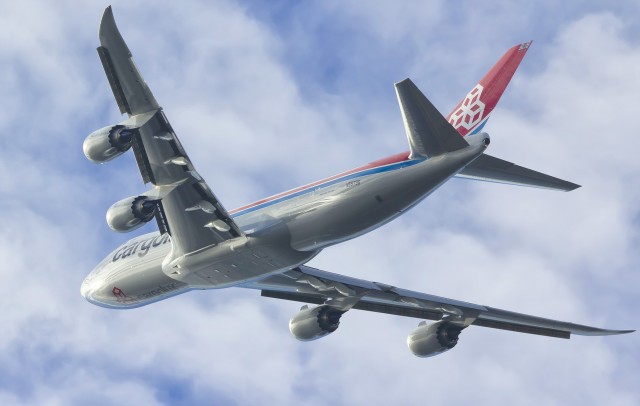 During a Boeing 777 delivery event for Qatar Airways, Al Baker was asked about Cargolux and their handling of the situation. ’œUnfortunately, the management of Cargolux did not take the action they should have taken during the process of the aircraft acceptance,’ Al-Baker stated according to Bloomberg. ’œAs we sit on the board of Cargolux, we have full right to object if we find something is not fair as far as Cargolux is concerned.’

One of the loudest rumors about this deal was that Qatar Airways was holding Cargolux’s 747-8F hostage for a better compensation deal on their 787 Dreamliners. However, Al Baker clearly stated that the Cargolux 747-8F delay has nothing to do with compensation for the 787 Dreamliner. ’œThe issue really with this aircraft has nothing to do with Boeing. It has to do with an issue that we had with the engine manufacturer,’ Al Baker said according to the Seattle PI. ’œThis issue has been resolved’ subject to board approval.

Even with all the issues that Qatar and Cargolux have recently had with Boeing, according to ArabianBusiness.com, Al-Baker described his relationship with Boeing as strong, ’œdespite a few hiccups along the way.” At this point, it is not certain what the delivery celebration will entail and Boeing is waiting until after the October 7th board meeting to announce any plans.

https://www.airlinereporter.com
Photo Tour of the Boeing 787 Dreamliner Factory Floor
Received My First Body Scan and I Am Okay With It
1 Comment