I am sure by now you have heard the news that Southwest Airlines is buying AirTran. For me, it was bad timing, since this week has been insane and I haven’t been able to read and absorb this huge news until today. Better late than never right? The benefit, is I get to share some great thoughts from other people as well.

Not that long ago I was questioning if Southwest was eying to buy Sun Country. Ha…I will a little off. Southwest was planning something a little bigger. Yes, the new and bigger Southwest still can’t compare in size with the new Delta and soon to be new United, but Southwest is king of US low cost carriers and this transaction makes them the undisputed champ.

Here are some of the “big” questions that I keep seeing about the buy out:

* What about the new aircraft type? Southwest previously has only flown Boeing 737’s. AirTran flies both Boeing 737’s and Boeing 717’s. Southwest has stated they will continue to fly the Boeing 717 on shorter routes. Seeing the Southwest livery on a Boeing 717 is quite exciting for most airline nerds and I very much look forward to it.

* Will business class stick around? AirTran has business class, Southwest does not. Southwest will be removing the Business Class seats from the AirTran aircraft and go all economy.

* Is open seating going to stick around? Yes. Like it or not, the open seating will continue to be a unique Southwest trait.

* Southwest won’t start fees will they? No. Southwest is well known for no baggage fees, no ticket changing fees, etc. That will continue to stay the same (at least for now).

* Getting access to Atlanta for Southwest is big right? Very much so. Access to Hartsfield-Jackson Atlanta International Airport (ATL), which is the busiest airport in the world, is a biggie. AirTran build a strong presence at ATL and now Southwest will have instant access to compete directly with Delta.

This just goes to show who the heck knows what Southwest will do in the future. They are now flying to larger airports, going internationally and have multiple aircraft types. It used to be pretty easy to predict what Southwest would do, but now they have gone rogue. I don’t think that is a bad thing and it for sure makes things a bit more interesting.

There has already been so much said about this buy out and I want to share some of the best opinions out there: 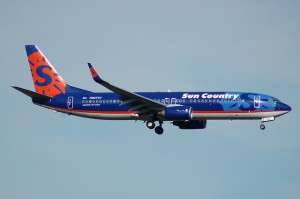