Returning to Boeing Field after my first solo cross-country flight to Port Angeles, Wash. That’s the Seattle skyline in the foreground, Bellevue in the middle-right, and the Cascade Mountains in the distance

So, itâ€™s been a while since Iâ€™ve written an update, but that doesnâ€™t mean Iâ€™ve not been making progress.

Since the last installment, Iâ€™ve done my three cross-country solo flights – theyâ€™re a requirement for the PPL, and consist of several solo flights away from oneâ€™s home airport. Cross-country meaning, you know, crossing the countryside and not a transcontinental flight in a small plane, which would take a couple days at best.

The third (long) cross-country flight was from Boeing Field to Bellingham, Wash., with a stop at Paine Field in Everett on the way home. -FlightRadar24 screen grab

For my flights, the first one was from Boeing Field (BFI) up to Port Angeles on the Olympic Peninsula. It was a spectacular day – completely free of turbulence, hardly any other air traffic, and clear as the proverbial bell.

The second one was the following week, from BFI to Chehalis, Washington, a bit south of Olympia. It was far more normal, with usual amounts of air traffic and slightly bumpy/windy conditions. 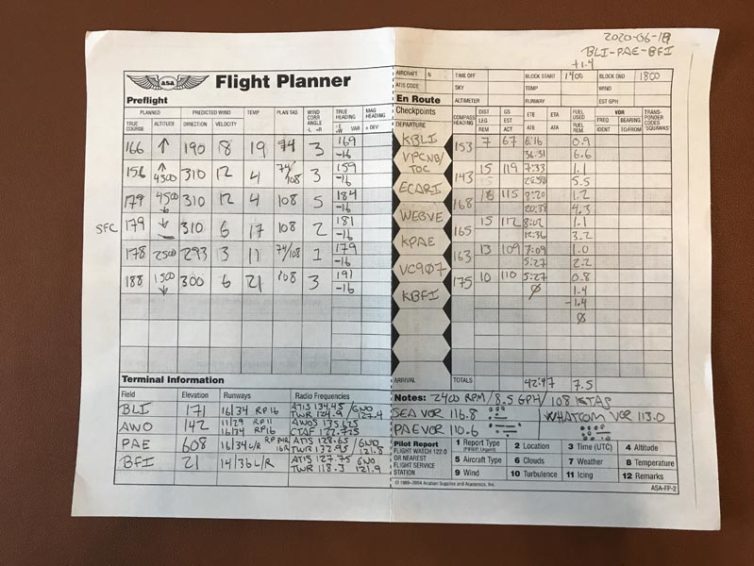 The long cross-country went like this: BFI-BLI-PAE-BFI. I started at Boeing Field, flew up to Bellingham International, then stopped at Paine Field on the way back to Boeing Field. It also went really well, thanks to how diligently my CFI (aka instructor) had prepared my navigation skills. 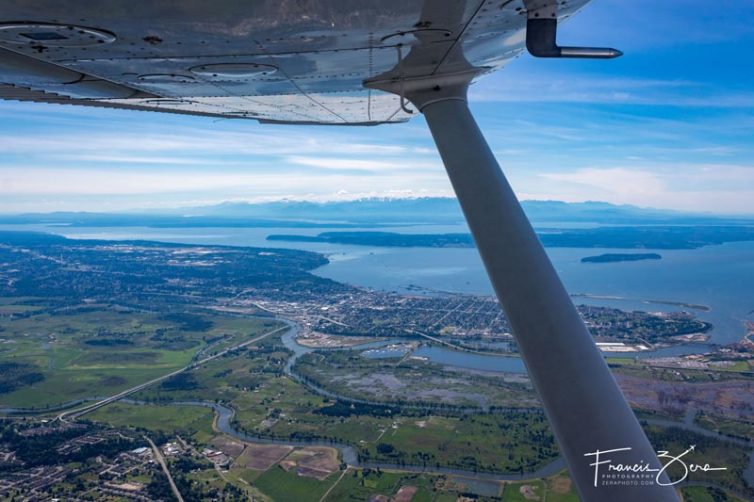 This was taken just a bit northeast of Paine Field in Everett, Wash., on my third cross-country to Bellingham International Airport

While flying, especially at this stage of my training, I’m pretty busy flying and navigating and communicating, so photos are still few and far between, taken only when I’m absolutely certain I can spare a couple seconds to pick up the camera off the passenger seat and grab a couple quick photos. 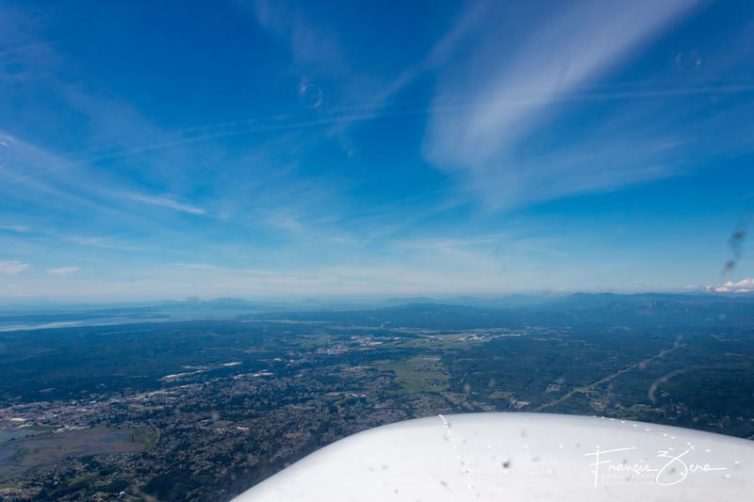 Northbound from BFI, headed for BLI

So, what’s next now that those milestones have been completed? The next steps are to prepare for Galvinâ€™s stage three checkride, which is essentially a mock FAA checkride. If I pass both the oral and flight portions of that one, Iâ€™ll ostensibly be prepared for the big FAA checkride, which, if passed, will finally earn me a private pilot certificate.

Preparation for those items is well underway, and includes dusting off all my textbooks and notes, and doing a bunch of flights with my CFI to practice all the necessary maneuvers until Iâ€™m able to consistently fly them to standard. 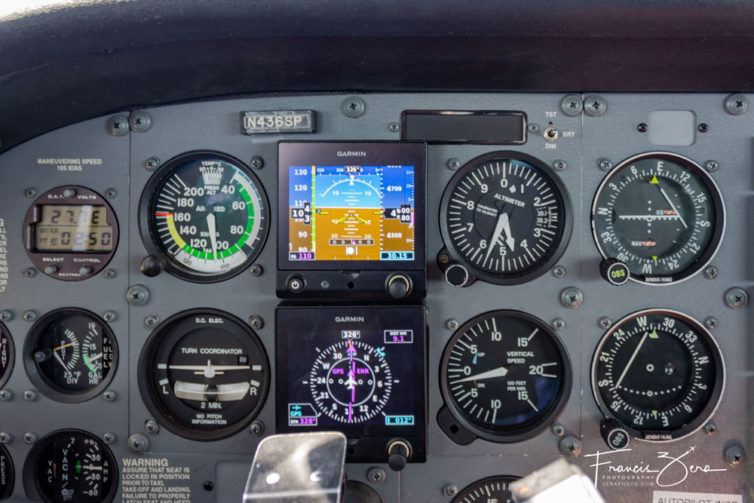 The instrument panel in flight

Speaking of standard, the weather in the Pacific Northwest has been performing to standard, too. Itâ€™s been trending cool and cloudy with low ceilings, so Iâ€™ve had to cancel several flights due to marginal weather conditions. Now that August is here, things should settle in for summer so I can keep the training chugging along as I approach my end-of-course checkride and, hopefully soon, my FAA checkride.

For instance, a few days ago I had to cancel my local solo fight today due to low ceilings. Of course, about 30 minutes after my scheduled start time, it all cleared out. So it goes with flying.