If you’re curious why the Super Bowl was played in a city where the game time high was 6 degrees,Â the NFL told Minnesotans “if you want to keep the Vikings, pitch in for a $1 billion indoor stadium and we’ll give you the big game.”

My Friday arrival at MSP before the big game included seeing lots of signs welcoming visitors along with overpriced Super Bowl logo merchandise anywhere and everywhere. 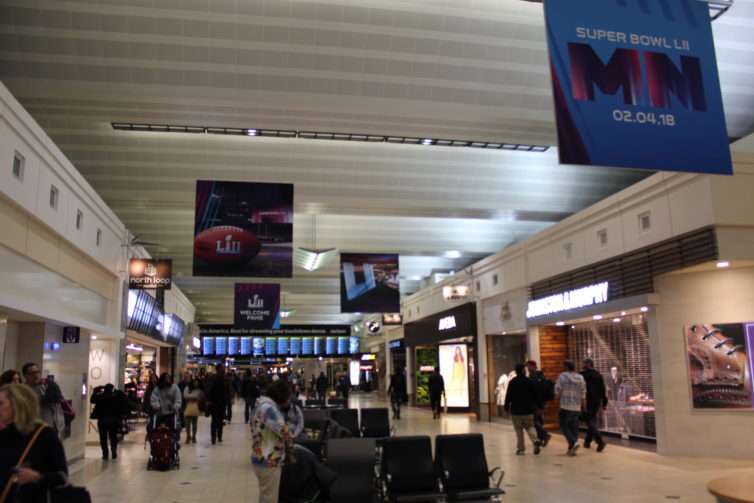 One thing that was free for travelers – MSP did a great job of decking out the airport with banners in the main shopping area and even wrapping people-mover cars with the Super Bowl logo. It made you feel that you were part of the action!

On Super Sunday, I headed across the Mississippi River to the St. Paul Airport, a smaller general aviation facility. Private jets were coming in every few minutes and limos/vans were busy shuttling people to the game site in Minneapolis, about 11 miles from the airport.

When the game wrapped up, I bundled up and checked out the scene in downtown Minneapolis. Not surprisingly, many corporate honchos decided below-zero temps on a Sunday night isn’t like partying at familiar Super Bowl sites like South Beach or Bourbon Street. My chance to rub elbows with Cowboys owner Jerry Jones, J-Lo, or boxer Floyd Mayweather disappeared, as they got the heck out of town.

Minnesota’s Metropolitan Airports Commission reported heavy private jet traffic a few hours after the game, with planes taking off every minute. Ever the thrifty sort, I chose to take the Metro Transit route 19 bus to the home I grew up in. My $2 fare and a free stay at mom and dad’s was a little less than a private jet ride. Probably better catering too! 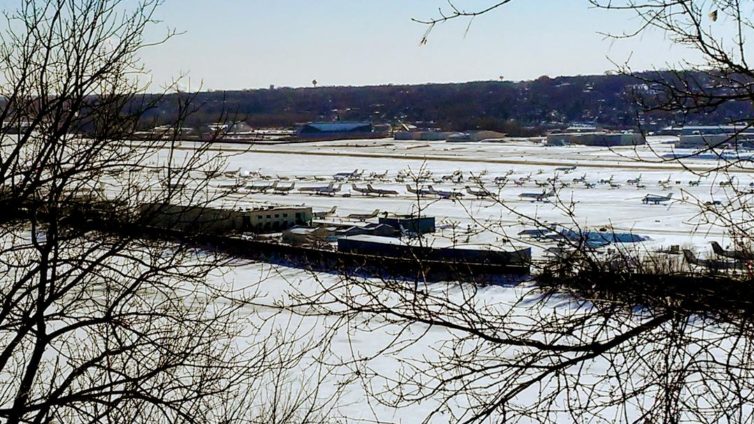 Most of the “common folk” left town on Monday. MSP Airport reported double the number of departing passengers (70,000) compared to a typical Monday. TSA added 100 staff to handle the crowds and by most reports, things went smoothly (I was thrifty and left on Wednesday, far less expensive than the Monday departure). 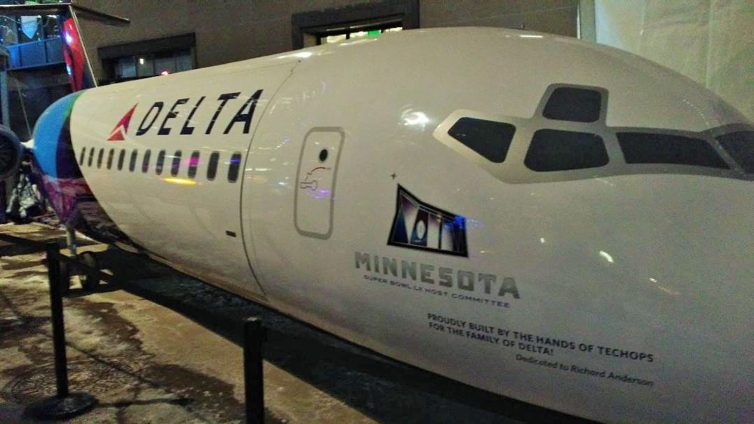 The Super Bowl means big bucks for one lucky airline.Â MSP is a Delta Air Lines fortress hub (71 percent of travelers), a big reason why it merged with Minnesota-born Northwest Airlines. Delta added around 20 flights from Philly and Boston to accommodate fans and media.

While we don’t know who will be in the 2019 game, Delta is already a winner.Â  The big game will be in Deltaâ€™s mega-hub of Atlanta where it commands around 80 percent of passenger traffic. (Wonder if they were rooting against my Vikings, as it meant more out-of-town fans?) Same could be said next year for the Falcons. 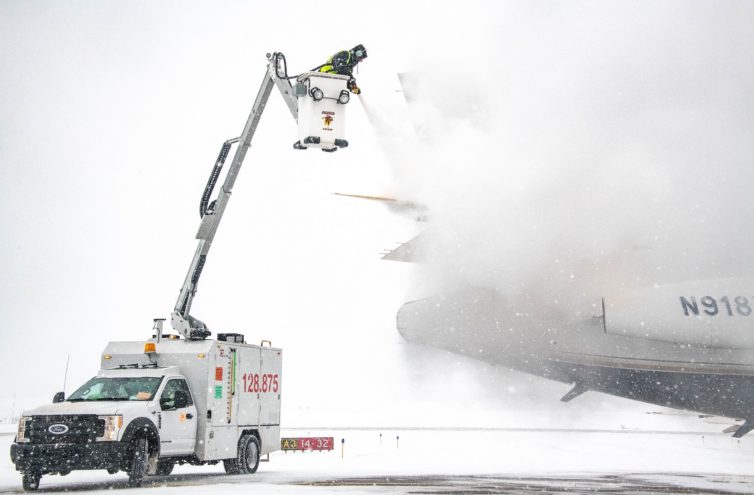 The local welcoming organizers branded the Twin Cities as the “Bold North.” So let’s give a bold thanks to the ground crews and maintenance people out in frigid temps. Consider that while some travelers complain about seat pitch or a snack, the miracle of aviation worked well. Whether it was on a private jet or commercial, thousands of travelers flew to one of the world’s biggest sporting events and came home safely.

As for my Vikings ever making the trip to the big game sometime during my lifetime, I’ll continue to hold out hope.

CORRESPONDENT - CHARLESTON, SC A lifelong aviation fanatic and former TV news reporter, Brianâ€™s unique flight experiences include an Air Force B-1 Bomber and Marine Osprey in addition to working for Boeing and the Seattle-Tacoma International Airport.