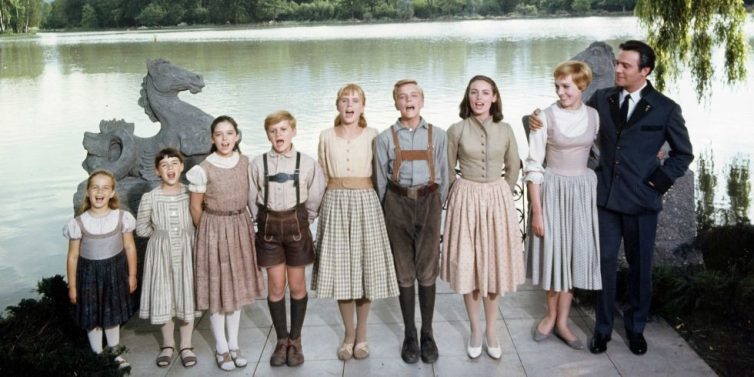 For most Americans, the term edelweiss brings mental images of two completely aviation unrelated things. “Edelweiss” was a show tune from the 1959 Rodgers and Hammerstein musical The Sound of Music, as a statement of Austrian patriotism. Ok, I’ll admit I don’t know much about that musical (the famed movie came out more than 10 years before I was born). 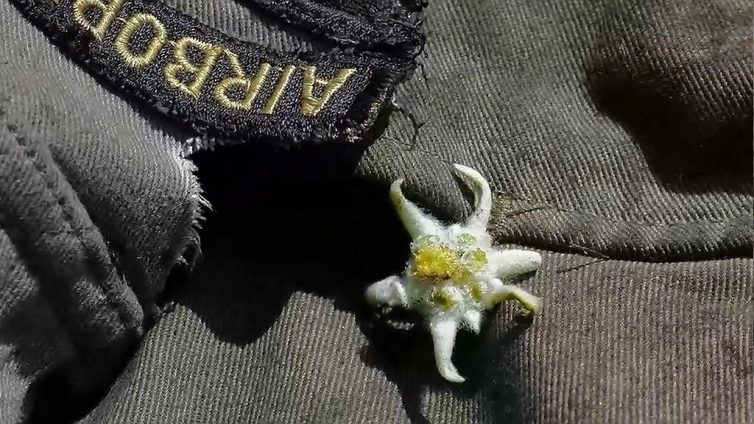 For those of us from a younger generation, the word edelweiss evokes memories of a certain scene in the HBO miniseries Band of Brothers. When the soldiers find a dead German with an edelweiss flower stuck into his uniform, it is explained that the flower only grows above a certain altitude in the Alps and that he climbed up there to get it. In this sense, the edelweiss flower is purported to be the mark of a true soldier. 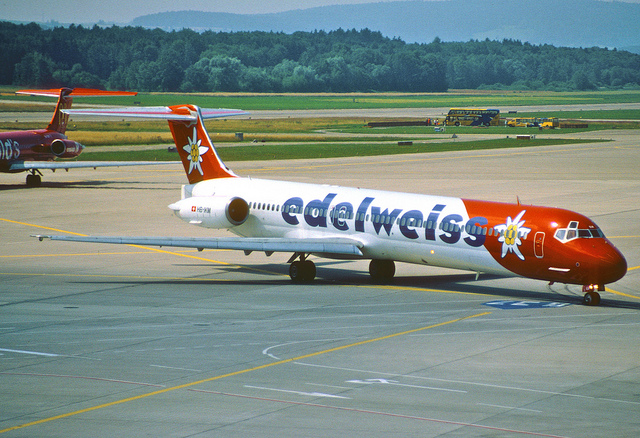 So, what about Edelweiss the airline? Edelweiss is the unofficial national flower of Switzerland, and Edelweiss Air uses that flower as the main feature of their aircraft livery. Founded in 1995 in Switzerland, Edelweiss Air began operations with a single McDonnell Douglas MD-83. The early fleet was replaced by three Airbus A320-200s in 1998 and two A330-200s in 1999. The airline operated as a small leisure airline until 2008, when it was sold to Swiss International Air Lines. Edelweiss therefore became part of the Lufthansa group since Lufthansa had acquired Swiss International in 2005. 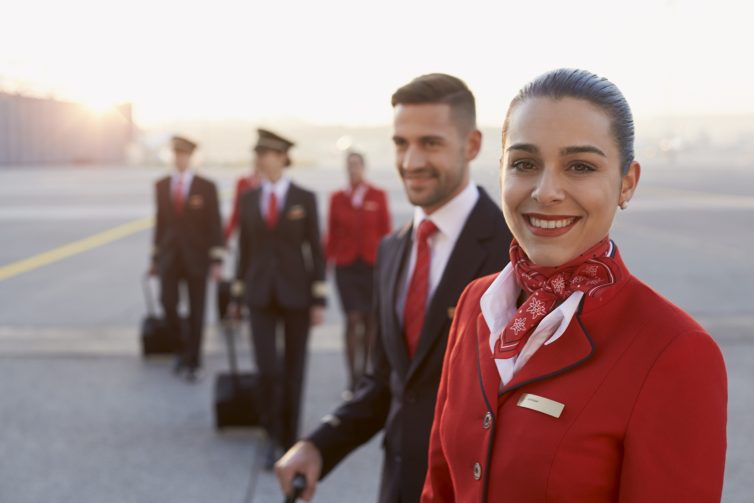 Edelweiss is currently operating as the niche leisure airline in the Lufthansa Group. The business model seems to be to provide service to leisure destinations at lesser frequency than would be normally provided by mainline Lufthansa aircraft. They currently operate a fleet of six Airbus A320-200s, two Airbus A330-300s, and one Airbus A340-300 which was recently acquired from Swiss International Air Lines. Three additional A340s are due to be transferred from Swiss between April 2017 and September 2018.

The four-engined Airbus planes are being introduced to expand Edelweiss’ long-haul services to additional leisure destinations. The first A340 was acquired on December 1, 2016 and was been named ’œMelchsee-Frutt’œ, after the mountain resort village in Switzerland. According to Andreas Meier, Edelweiss Head of Corporate Communications, “the aircraft are between 12 – 15 years old and can be easily used for another 10 years. The aircraft has been re-engineered inside with latest-generation seats and a new interior design.” 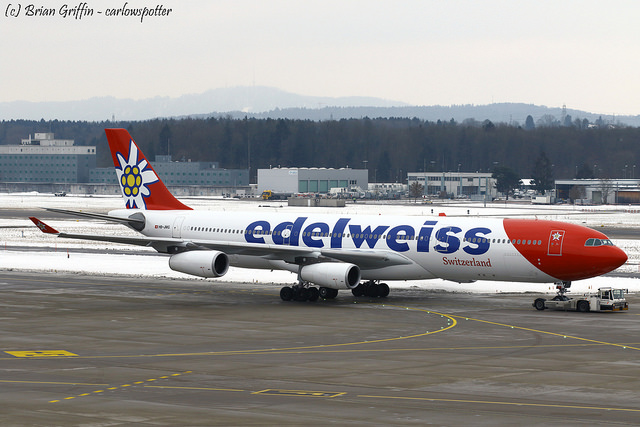 ’œIn terms of range and capacity, the A340 is the ideal aircraft for Edelweiss,’ says CEO Bernd Bauer with satisfaction. ’œOur new flagship enables us to reach new holiday destinations that were unreachable with our other long-haul aircraft.’

Most of Edelweiss’ destinations are of the leisure variety, including seasonal long-haul destinations like Rio de Janeiro; Calgary and Vancouver; Punta Cana, Dominican Republic; Mal, Maldives; Phuket, Thailand; and Las Vegas and Tampa in the U.S. With the addition of the A340s to the fleet, Edelweiss has announced new routes to San Jos, Costa Rica; Cancún, Mexico; and the forementioned San Diego, California. Typically these long-haul destinations are served two to three times a week either by the A330 or A340 aircraft. The A330 are configured for a capacity of 315 passengers (Business Class: 27, Economy Max: 56, Economy: 232), while the A340 have a capacity of 314 passengers (Business Class: 27, Economy Max: 76, Economy: 211). Additionally, when necessary, the fleet can be extended by any of various Swiss aircraft types with a Swiss crew. 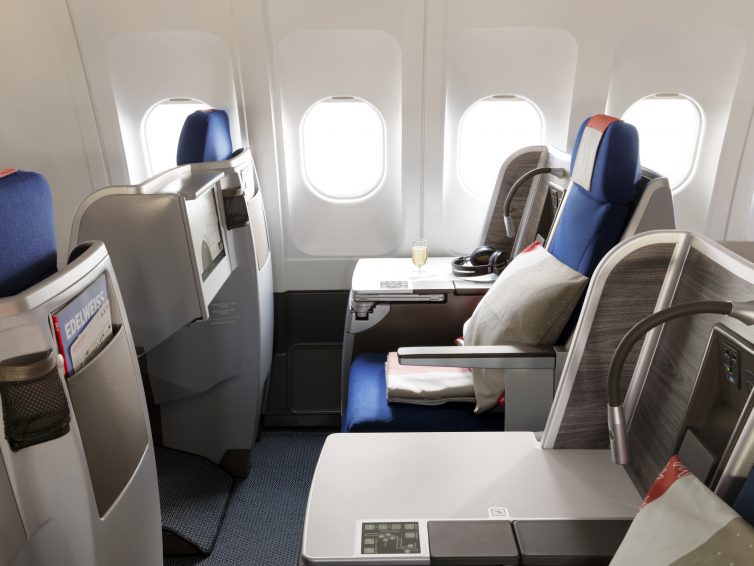 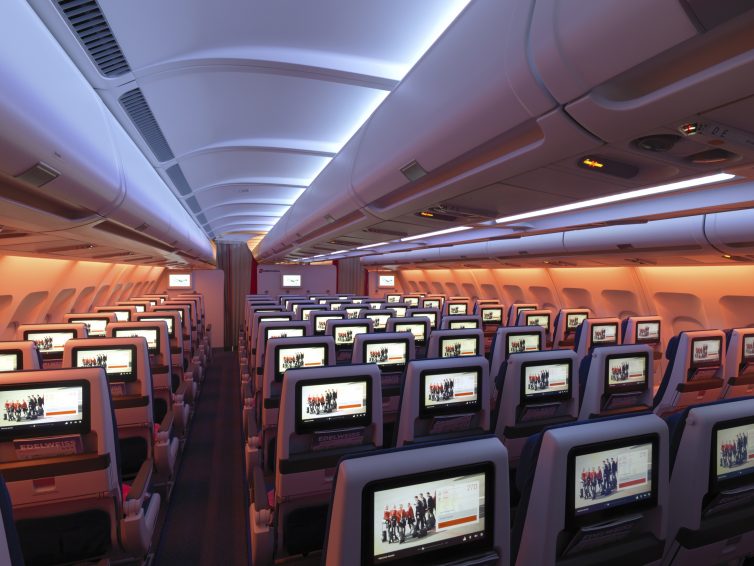 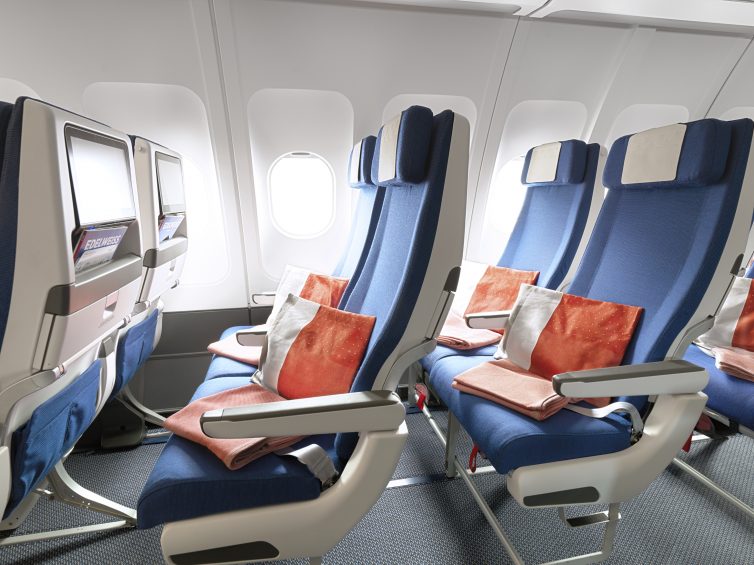 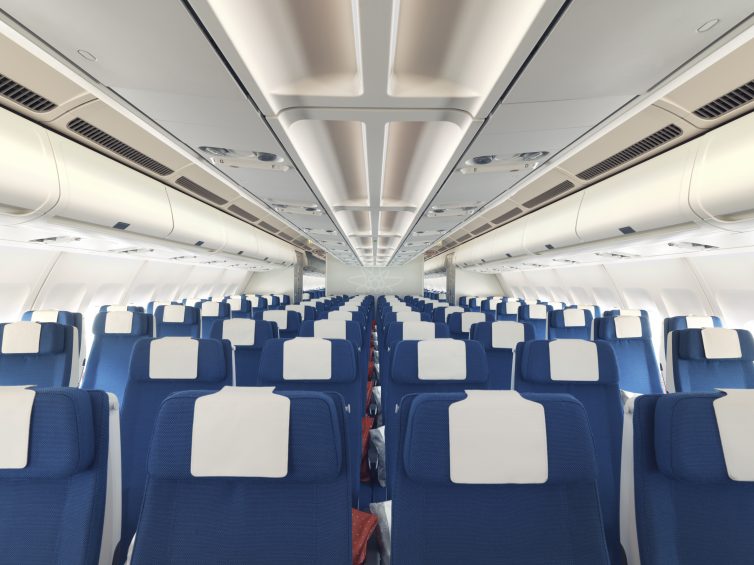 Also, it is possible that due to its aging fleet, in the future Edelweiss could look to new more fuel efficient aircraft in the future such as the Boeing 787 or 777-8 and 9, or the Airbus A350 and A330neo. As part of the Lufthansa Group, they have access to additional former Swiss and Lufthansa aircraft, or to aircraft purchasing power of the large conglomerate, however, Edelweiss states that currently there are no plans for this to occur. 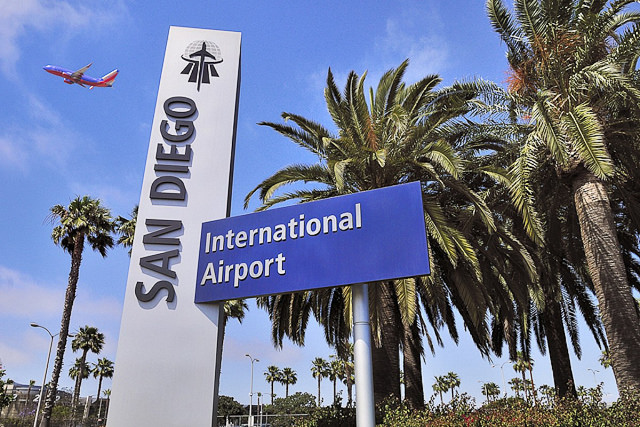 As for the new San Diego service, the twice-weekly service from Zurich to KSAN will be only the third nonstop service to Europe from ’œAmerica’s Finest City’ (Condor begins FRA-SAN service on May 1, 2017). Although the flight is currently only planned for twice weekly, Andreas Meier told me “Edelweiss is positioned as a holiday airline. The needs of holiday travelers are different from business people. If the demand for direct flights from San Diego to Zurich is high, we will discuss an increase in frequencies.” Regardless of how Edelweiss chooses to expand their operations in the future I will be ready, with camera in hand, for the arrival of a beautiful new livery to San Diego on June 9, 2017. On behalf of San Diegans, I gladly welcome Edelweiss to sunny southern California.

Daniel is a lifelong avgeek who grew up under the approach pattern for Chicago O'Hare. He can usually be found with a camera at or near an airport. When you find him, ask to see his aviation tattoos.

https://www.airlinereporter.com
How Low Cost Carriers Helped to Save My Relationship
Flying Abroad – Giving the Smaller Airports Some Love Too!
15 Comments

…and I will be on board of the inaugural flight on june 9. Hoping for some great pictures! 🙂

I’ll definitely be there, camera in hand!

My camera is ready!

But maybe that’s just because I’m not a native.

I agree, I have fixed the bad phrasing. The dates are correct.

Very nice 🙂 (and thanks)

I’ve seen Edelweiss 332s and 333a at YVR, during daytime; during Summer, for the past several years. They’ve come two or three times a week; varying from one year to another. They are ALWAYS immaculately clean; gorgeous to see and photograph! I have their “new” 343s on my YVR Dream List; for my next visit to YVR ! I hope by then more 343s will have been transferred over from parent company Swiss.

Good old Edelweiss! Thos Swiss sure know how to form proper airlines. Anyone spoted any flights yet?

Loads will probably be severely weight restricted due to runway length, especially if the wind is out of the east (rare).

Flight will not be weight resricted at all. Limiting factor is 1-engine-out-performance, which makes it easier for a 4-holer.

Familiar with KSAN, I too wondered about that. The A343 is a LOT of airplane for the major RWY there, even when headed West. I wonder if they plan to make a fuel stop along the way. If not, think augmented (or even double?) crew, about 1/3 typical PAX load, no cargo in other words, a flying fuel tank to reach Zurich. Perhaps not quite that bad, but it is a seriously LONG ‘hop’ over the other pond. I hope they can make the service work, even of only 2x per week. I wonder where the A343 will work when to flying to/from KSAN. You can bet that it will not sit in a hard stand for a couple of days!! Nice report.

Any concerns about being able to get out of SAN? That runway is not very long! N/S to Zurich means Heavy.

While I cannot comment specifically on load restrictions, I do believe that some of these runway concerns about KSAN are a little blown out of proportion. KSAN’s Rwy 9 is 9400′, not including a 1000′ displaced threshold. The main concern here is terrain on the east end of the field, which is typically only an issue when using Rwy 27 which is abnormal ops here, usually due to low visibility or adverse weather (not all that common in San Diego). BA brings in heavily loaded 744s in winter and 77Es or 77Ws in summer. By the great circle, SAN-ZUR is only 484 mi longer than SAN-LHR. If BA can make the route profitable daily year-round, I would imagine EW will be able to do that same with twice weekly. Even though we know that the A340 is a bit of a runway hog, 10400′ should be plenty in all but the worst weather conditions.

Thanks for the info, Daniel. I grew up in SD and took one of the first 707’s out of SAN. The Marine base sure looked close! Yes, new planes are much more powerful and efficient, and good for SAN getting more non-stops to Europe.

Hello Daniel,
Thank you for the informative ariticle. Do you by chance know WHO will be servicing these new flights/routes (Edelweiss and Condor)? Used to work for Lufthansa, lived in Switzerland and would love to work in SD servicing these customers. Maybe someone can use my experience and language skills.