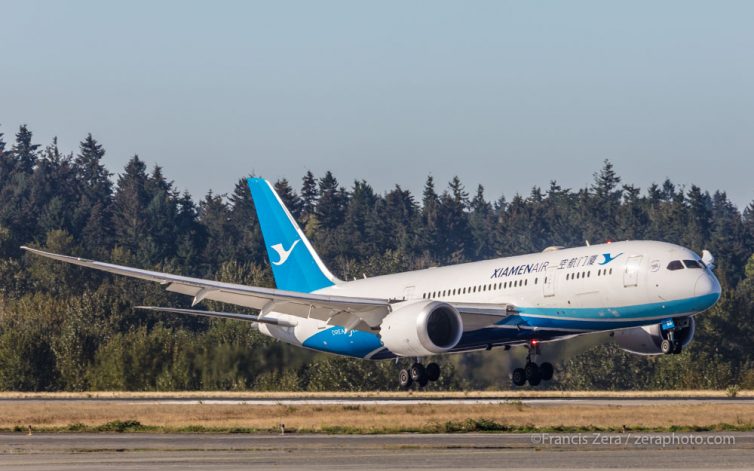 Xiamen Airlines launched its Xiamen-Shenzhen-Seattle service on Sept. 26, creating both the first long-haul route from Xiamen to the United States and the first direct service to the States from the Chinese city of Shenzhen. We were there to welcome the inaugural flight. 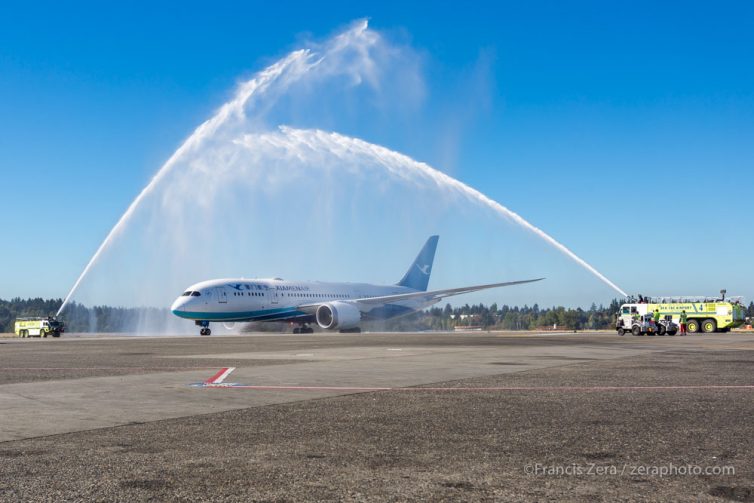 The traditional water-cannon salute is always a treat to watch 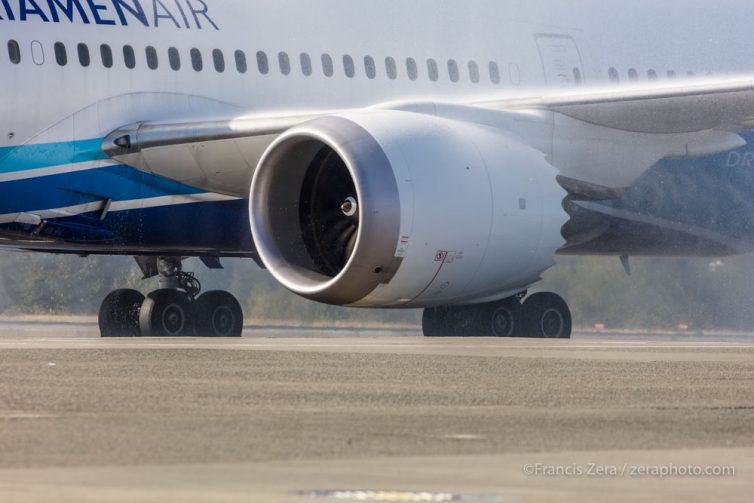 Water from the salute swirls in the jet’s exhaust 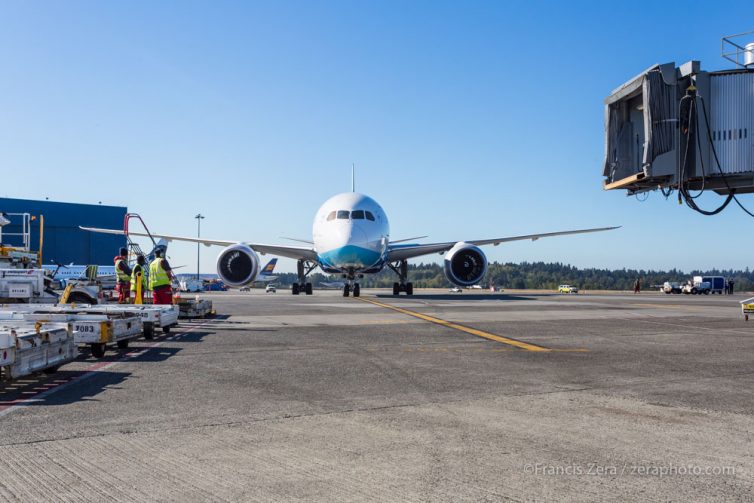 The service will be handled by a Xiamen Airlines Boeing 787 Dreamliner, with three flights per week on Mondays, Wednesdays, and Fridays. Service from Fuzhou-New York and Xiamen-LAX is also slated to begin soon. Xiamen has developed a code-sharing partnership with Seattle-based Alaska Airlines for connecting domestic flights.

The Xiamen-Shenzhen-Seattle service is the sixth long-haul, and the first American route, that Xiamen Airlines has launched. The existing services including Xiamen-Amsterdam, Fuzhou-Sydney, Xiamen-Sydney, Xiamen-Melbourne, and Xiamen-Vancouver. The newly-opened Seattle service is Xiamen Airlines’ first long-haul route with a stop at a city outside of the Fujian province. 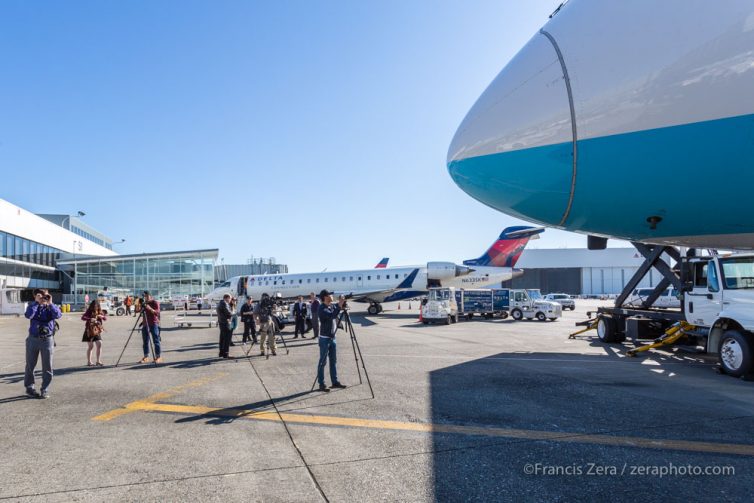 The arrival was well-covered by the aviation media, including a large contingent from China

The launch of the route marks the first time the Xiamen Airlines fleet has had a chance to visit the home of the plane’s birthplace in the Pacific Northwest (yes, most of the fleet was built in Charleston). As a loyal client of Boeing Co., Xiamen Airlines operates the largest all-Boeing aircraft fleet in China. 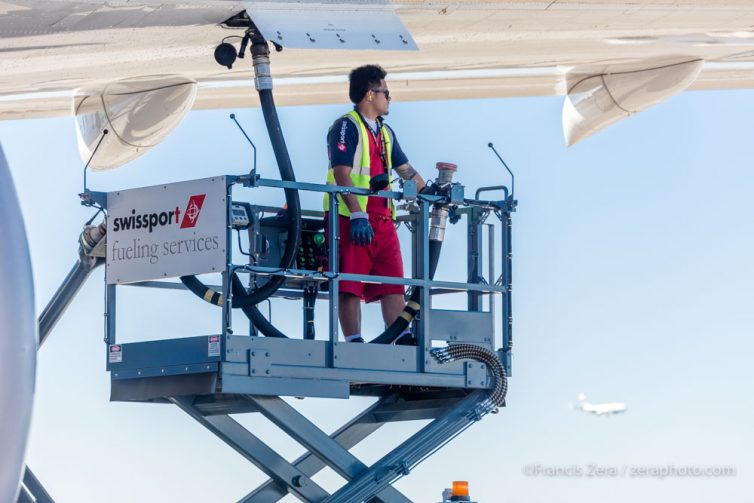 Refueling the jet for the return flight to Shenzen 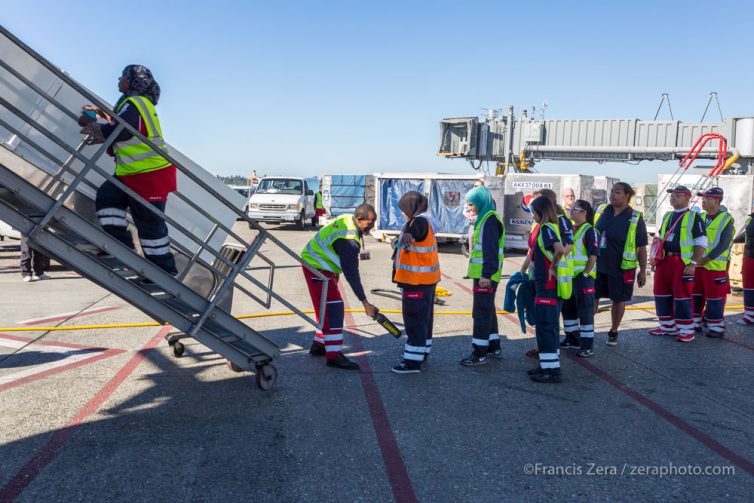 Cleaning staff are screened prior to boarding the plane 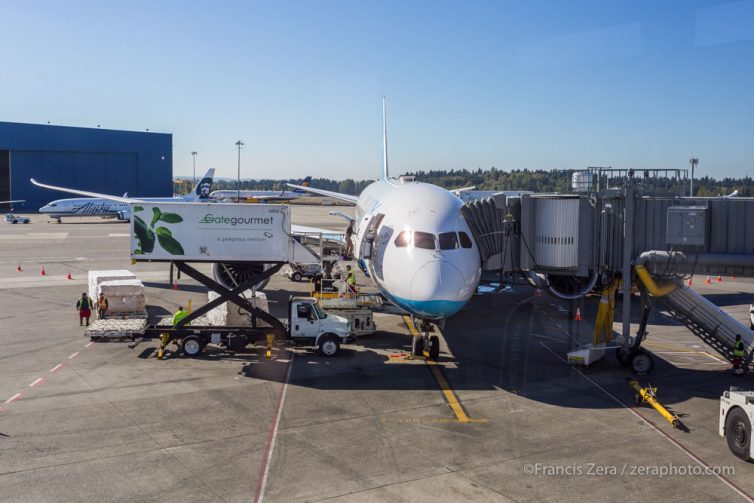 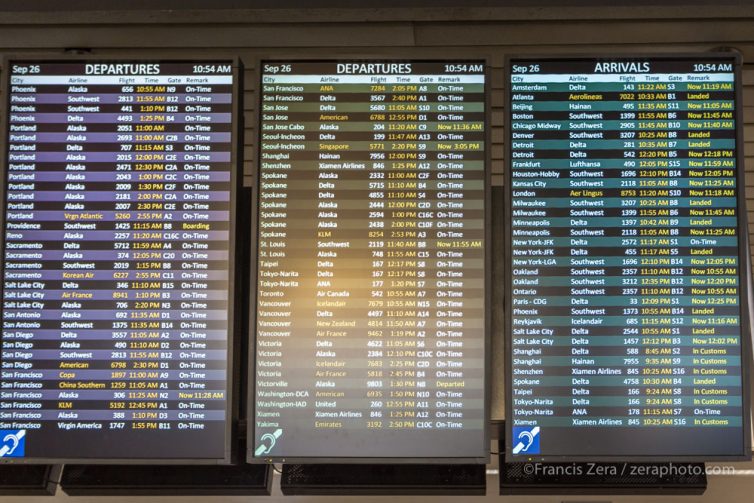 A SeaTac reader board shows the new flight’s arrival on the bottom right and its upcoming departure on the bottom of the center monitor.

http://www.zeraphoto.com
Review: A Night in the TWA Room at the 816 Hotel
United’s MileagePlus X: An App for all Flyers, Regardless of Loyalty
4 Comments

Nice livery, even though it looks like the China Airlines livery. Also I can’t pronounce the name of the airline. Pretty exiting, hope to see a flight review soon!

Xiamen is a city on the coast of southeast China, facing Taiwan. Pronounced “shee-a-men”.

You can fly the new route for less than $500 round trip!