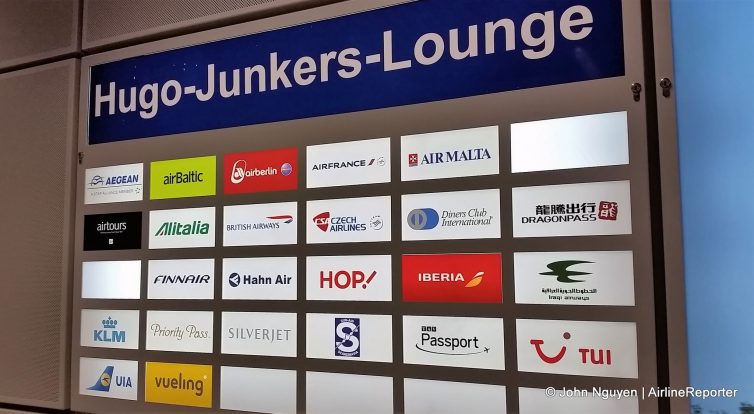 Airlines that contract with the Hugo Junkers Lounge in DUS.

The lounge was on the small side, but still easily handled the passenger traffic coming in. The friendly staff scanned my boarding pass and welcomed me in, not needing my frequent flyer card. Inside, the decor was dominated by darker shades of wood and natural colors, making for a sedated, relaxed ambiance. 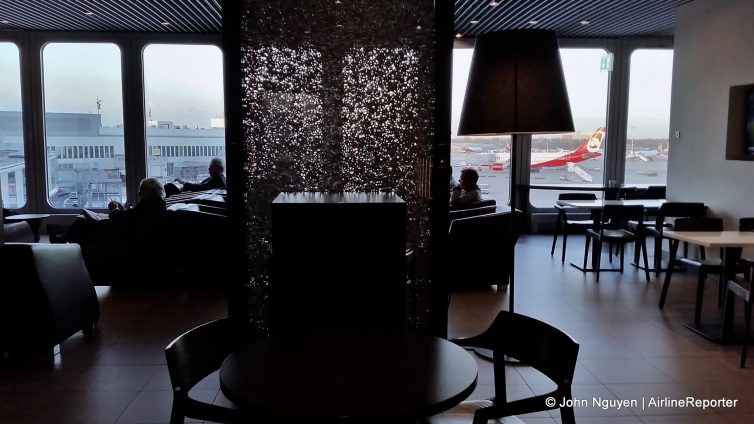 Seating area in the Hugo Junkers Lounge in DUS.

The wall of large floor-to-ceiling windows allowed natural light to flood the space, and gave great views of the apron… plenty of planespotting opportunities for the #AvGeek (more spotting photos below). 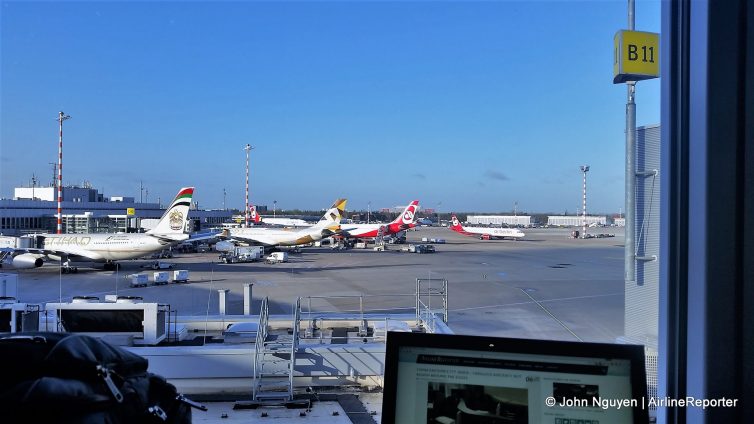 The view overlooking the apron from the Hugo Junkers Lounge at DUS.

As it was still morning, I scoped out the food offerings. A light breakfast was provided, perfectly adequate and filling (and frankly, a welcome break after the daily morning German meatfest at my hotel). Some hot/cold cereals, yogurt, fruit, pastries, breads, cold cuts, hard-boiled eggs… typical continental-style items.

Food service area at the Hugo Junkers Lounge in DUS.

A colorful breakfast at the Hugo Junkers Lounge in DUS.

Overall, it was a pleasant place to spend a couple of hours in. There was also a shower that I didn’t use, but was glad to know was available. The lounge was certainly more comfortable than the “exclusive” Air Berlin Waiting Area, which is an odd concept that amounts to a glorified waiting room segregated by a glass box. It is protected by an automated gate allowing access only to Air Berlin’s own elites as well as those of Etihad Partners (Etihad has a minority stake in Air Berlin). I confirmed this when I scanned my boarding pass and was summarily denied entry. 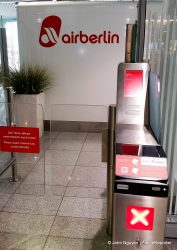 Honestly, I have no idea why an Air Berlin elite would choose this waiting area over the Lounge, but I spied quite a number of passengers sitting in it when I passed by (glass box, remember?).

In any case, the Hugo Junkers Lounge gets a thumbs-up from me, especially as a third-party contract lounge. Things can always be worse… 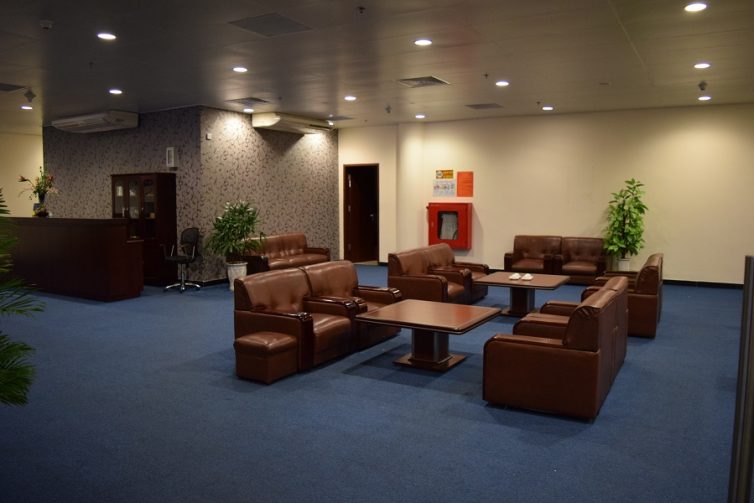 Now, for some plane-spotting from the lounge… 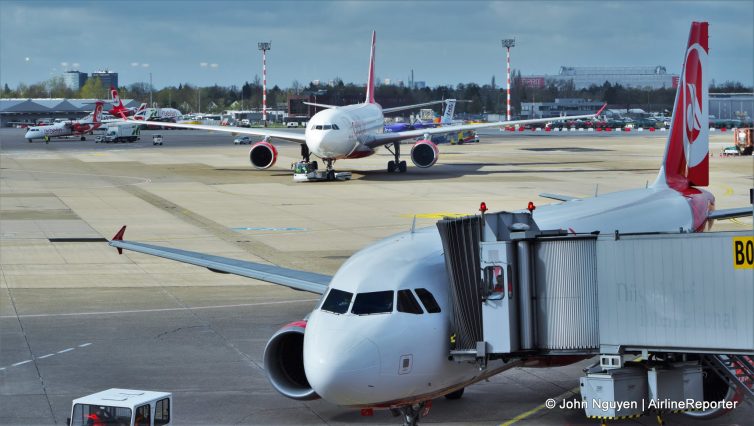 The view overlooking the apron from the Hugo Junkers Lounge at DUS. 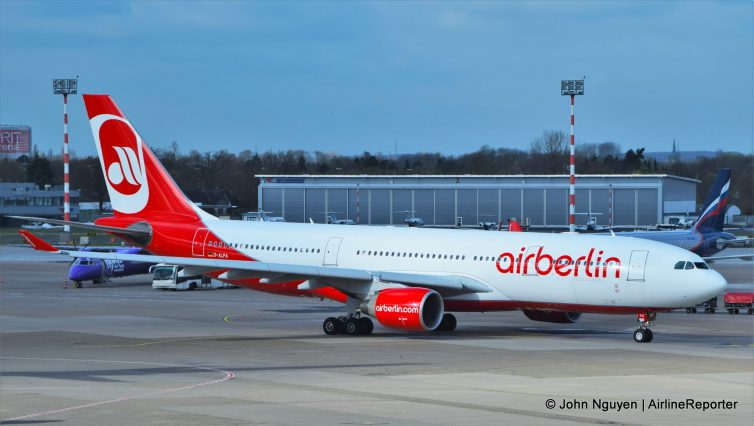 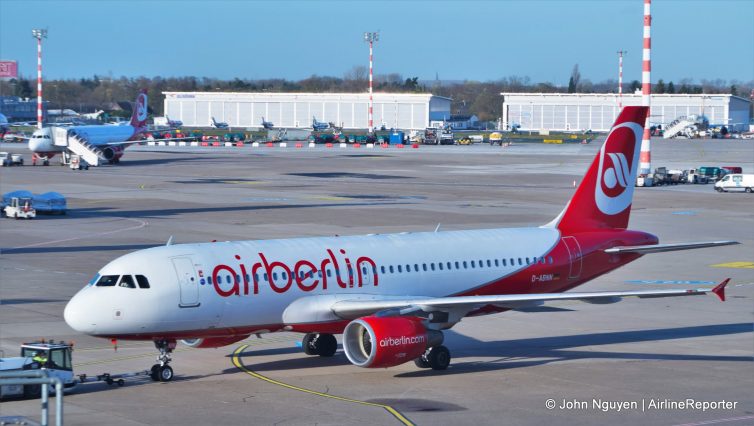 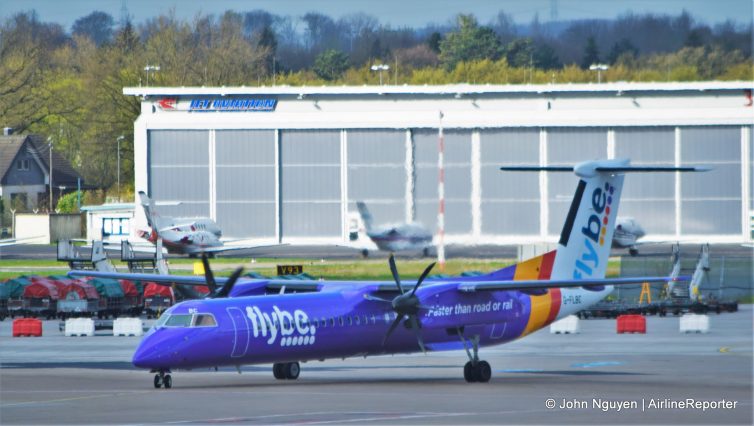 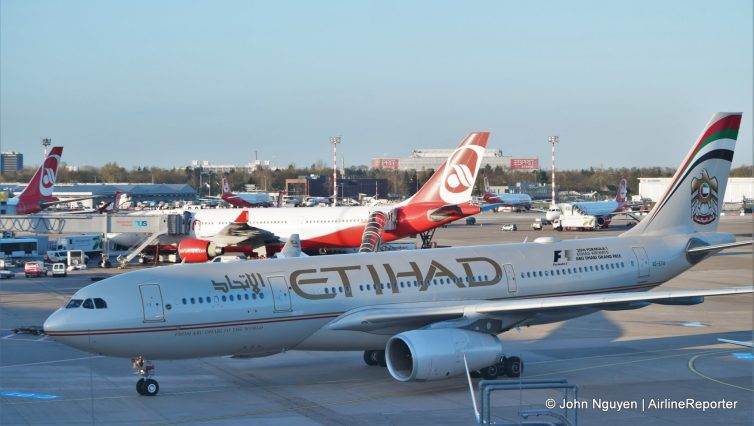 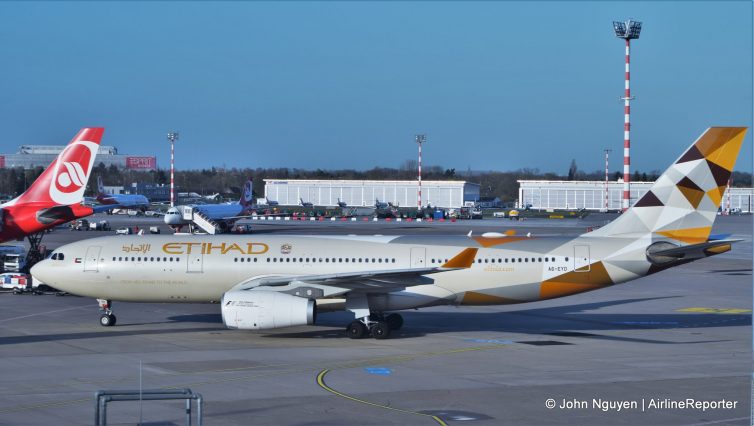 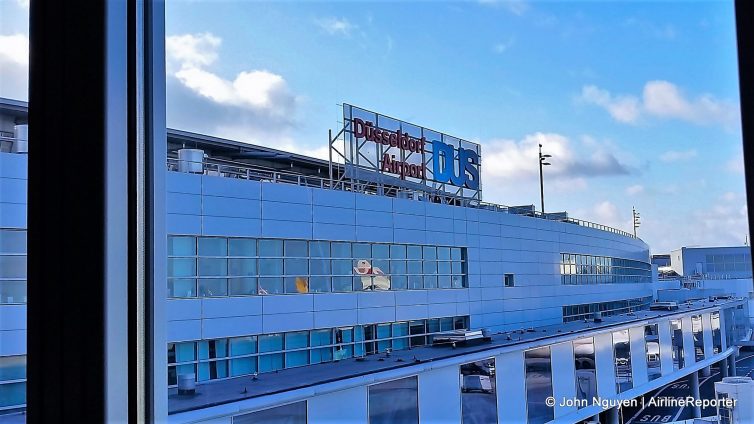