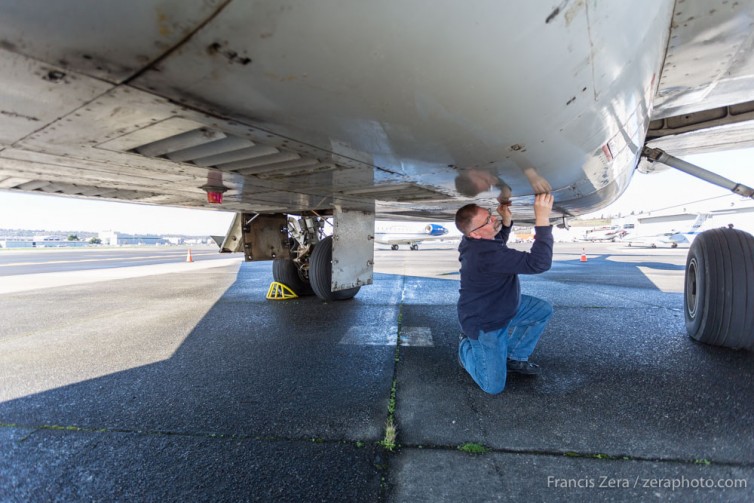 The 727 was originally purchased by American Airlines in 1978, and was placed in short-term storage in 2002. It was delivered to the Museum of Flight in February, 2003. Roper said the Museum of Flight took very good care of the aircraft and the interior is remarkably well preserved. He added that it is believed to  have been American’s last official 727 to carry revenue passengers. 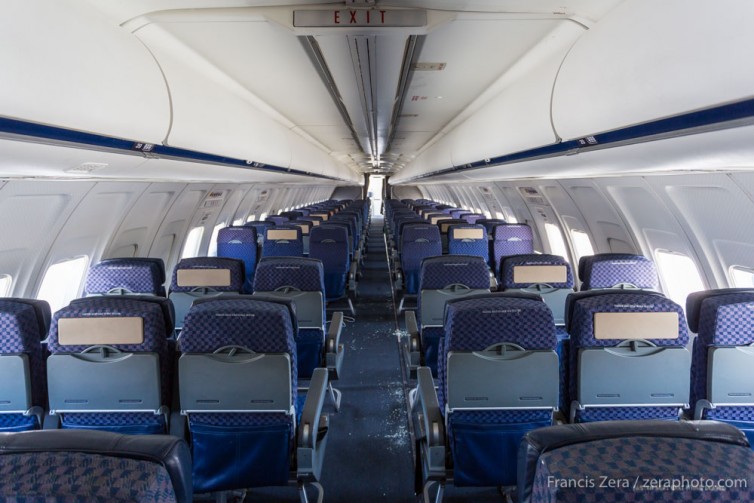 The Museum of Flight kept the aircraft’s interior climate-controlled, which helped to keep the vintage aircraft in relatively good condition

Asked why this particular aircraft was selected to add to NAHM’s collection, Roper said, ’œAbout two years ago, we decided to expand our mission to cover more of the airline industry and the aviation heritage of Kansas City and the region. This aircraft in particular, the 727, was also used by TWA at our home base of MKC up until the airlines were relocated to MCI so the model has local history there.  The aircraft served it’s entire career from birth to retirement at AA, making it rare in that respect alone.” 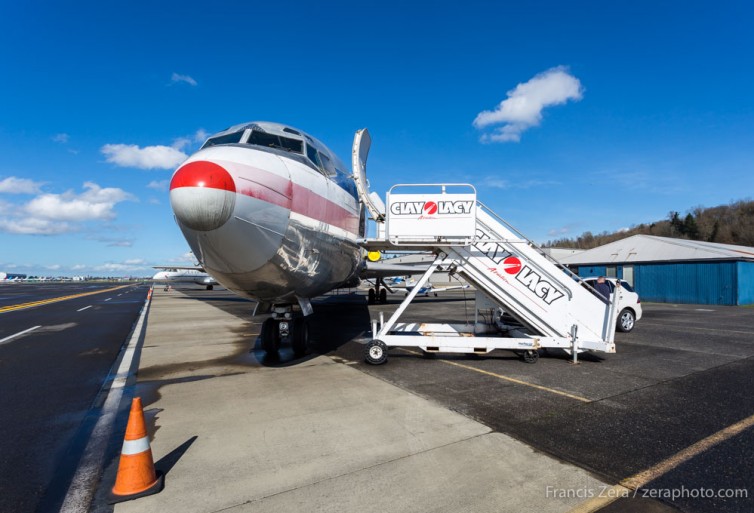 As a bit of background for those not familiar with the NAHM, Roper said the museum got its start in 1986 when Larry Brown and Dick McMahon decided they wanted to restore a Lockheed Constellation to airworthy condition and take it to airshows. They teamed up with Paul Pristo from Mesa Ariz., who had just acquired a Constellation in an auction. The trio succeeded in getting the aircraft out of the desert and back to Kansas City for restoration.

Roper explained that once the Constellation was in Kansas City, many TWA employees (at the time, TWA’s largest hub was at Kansas City International Airport) helped to get it back into shape. After the restoration was complete, ’œthe great people of TWA began to bring memorabilia down to the hangar, and then acquired a Martin 404 and DC-3 for restoration to TWA livery.’ As the collection expanded, a hangar was acquired in 2001 and the museum was founded. 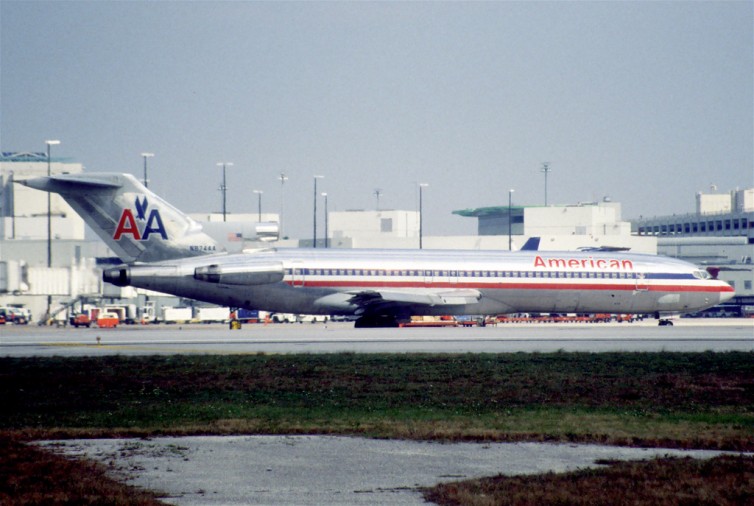 Once the 727 is ensconced at NAHM, Roper said that, in addition to being on public display, ’œit will serve as a tool for a local A&P school to perform engine runs and allow students to get some experience on heavy aircraft.’

There are even bigger plans for the old jetliner. ’œAfter a couple of years we hope to get it to a condition where it can be flown to some airshows and take some STEM programs on the road.’

AirlineReporter plans to follow the restoration and ferry flight, so stay tuned.

Hello….What is the name of the FB page?

Sorry about that I just fixed the link in the story.

You can also search Facebook for N874AA to find their page.

They do require a six month lead time. If you are interested I can supply you with a contact.

Thank for this story about this airplane. This used to be the 727-200 that the Museum of Flight had on display. When they knew that the 727 prototype was going to be flown to Boeing Field, this AA 727 got moved to make room for N7001U. I was genuinely worried that she would be scrapped. I am extremely happy to learn that she is going to have a new home at a really good museum! I have been to the NAHM and this is going to be great! I would love to see her in TWA livery.

I misread your article and thought this plane spent some time in TWA livery. I was clearly mistaken and am looking forward to seeing her at the museum in gorgeous, shiny AA colors.

Ahhh… 727 becoming a part of history. I was shocked to read that orders for 747 are slimming down. Looks like in near future this icon will also be a part of Museums only. Recently I took a long haul flight (i mean REALLy long haul) in Boeing 777 (AUH – SFO) – it was painful. The respect I have for 747 increased by 20x

Why so dismissive Eddie? Do a quick google search – Etihad DOES fly a 777-300ER non stop from AUH to SFO. The quoted range in the press for the 777-300ER is 7900 miles at full payload. Leave some freight behind and you’ll get the extra 200 miles.

I am a retired Crew Chief Mechanic from AA in NY. I was at LGA when the first 727-200 rolled in for overnight maintenance. The 727 was one of the best airliners I have ever worked on. Very reliable. Was taxi and runup qualified when I transferred to JFK. I am sure I worked on this airplane in my career. Great to see this old gal fully restored