With the recent completion of the American Airlines and US Airways merger, there are officially four major U.S. airlines that control over three-quarters of the domestic air travel market. The four airlines are: Southwest, United, American, and Delta. All of them have been through mergers in the last decade. The remaining twenty-five percent of the market is divided up amongst carriers such as JetBlue, Alaska Airlines, Spirit Airlines and Frontier Airlines, amongst a few others. There is a very small likelihood that another merger would occur amongst the major four airlines due to antitrust regulations. Therefore, any airline consolidation would most likely happen among the smaller carriers that control the remaining twenty-five percent of the market, in an effort to better compete with the four mega-carriers.

The companies both pride themselves on consistently being ranked as some of the country’s most profitable carriers. According to a Denver Post report in 2015, Spirit was the second-most-profitable U.S carrier, while Frontier was fifth overall. These companies are able to accomplish this by adding more seats to each aircraft while keeping legroom at a minimum. Almost all frills (bags, drinks, assigned seats) cost extra. Spirit, in particular, has dealt with a large number of customer complaints, but the promise of low base ticket prices has kept customers coming back.

BONUS: The Five Steps of Flying an Ultra-Low-Cost Carrier

Rumors of the merger began to surface after American Airlines CEO Doug Parker was quoted saying that he could match Spirit’s pricing; this sent Spirit shares plummeting. A merger would be beneficial, as it would create a much stronger low-cost carrier that could take on the ’œBig Four’ legacy carriers.

Considering Frontier is based out of Denver, the carrier is undoubtedly intriguing to Spirit, which lacks a significant west coast presence. Currently, Spirit operates only four routes out of Denver. The deal would also give Spirit access to gates at major airports such as Nashville, St. Louis, and Memphis. With a combined Spirit/Frontier deal, the carrier would be able to service a majority of the continental United States in addition to parts of South America and the Caribbean, with around 500 flights a day. 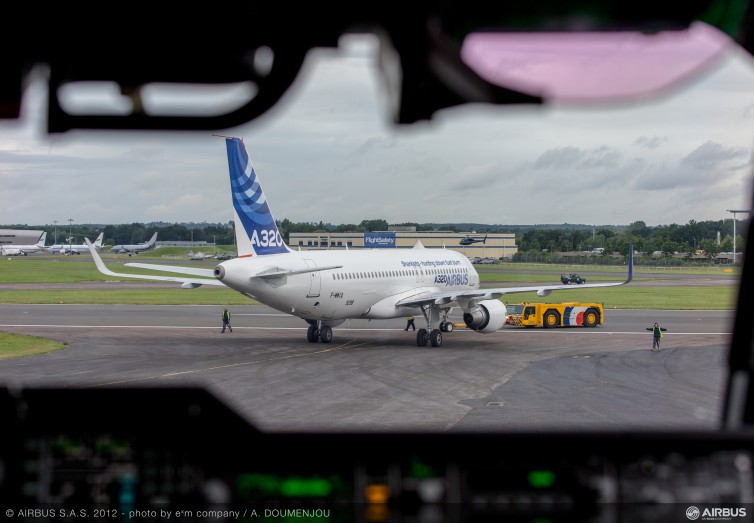 Another part of this deal that is compelling is that the two carriers use very similar aircraft. Carriers that have many different aircraft types experience higher cost. This is a result of the mechanics needing to be trained on different aircraft and the need for airlines to stock many different aircraft parts in inventory at major bases, tying up needed capital. Currently, Spirit operates the Airbus A319, A320, and A321. Frontier operates the exact same combination of aircraft. This would allow the two companies to merge without the challenge that Southwest faced when it merged with AirTran, and needed to absorb or dispose of the Boeing 717. Disposal was necessary, as Southwest wanted to continue to operate an entirely Boeing 737 fleet.

Just yesterday, on January 5, 2015, Spirit announced that it would replace its long-time Chief Executive Officer, Ben Baldanza. This move was abrupt and shocked many in the industry, considering Baldanza oversaw the airline’s transformation into an ultra-low-cost carrier. Baldanza was replaced by Robert L. Fornaro, who was CEO of low-cost carrier AirTran from 2007 until the merger with Southwest in 2011. Post-merger, Fornaro was paid by Southwest to serve as a consultant for the integration of the two carriers. Considering Fornaro has experience in airline consolidation, including overseeing AirTran during its merger with Southwest, he is a good candidate to guide Spirit through an acquisition and merger with Frontier. This move may be just another signal that the Spirit board is gearing up to acquire Frontier Airlines. 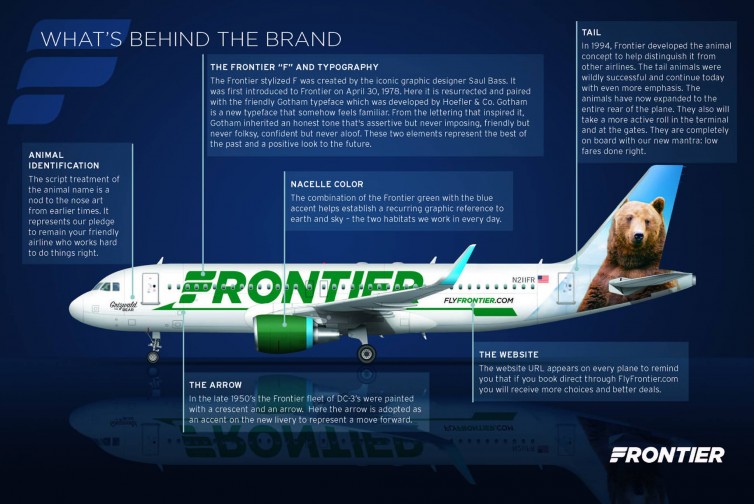 Post-merger, it could be in the best interest of the combined carrier to adopt the Frontier Airlines name. This is based on the fact that the media has ridiculed Spirit over the last decade for its (perceived) excessive fees and poor service. On the other hand, Frontier had a loyal customer base from its inception in 1994 until its transition to a ultra-low-cost carrier in 2014. During that 20-year period, Frontier was known for superior customer service and inflight amenities such as DirecTV. The airline has come under attack since its transition to a ULCC, but this is a recent development and media attention has largely been focused on Frontier’s home town of Denver. If the merger were to happen, adopting the Frontier Airlines name might be the wise decision.

The combined carrier would most likely have hubs in cities such as Denver, Chicago, Fort Lauderdale, Las Vegas, and Detroit. Both carriers have eliminated services such as a toll-free number for booking, and that would likely remain unchanged post merger. Looking forward, the biggest challenge for the carrier would obviously be consolidating seniority lists amongst employees. Secondly, rebranding what it means to be a low-cost carrier is key. Spirit has already begun to do this by running an advertising campaign claiming the airline allows customers to pick and choose only what services they want, and thus what fees they pay. This is a nifty branding idea, however in the case of Spirit, most consumers have already made up there minds about the carrier, thus the campaign has had limited success. However, with a new combined carrier using the Frontier Airlines name, I could see an advertising campaign as the ’œAirline of Choice’ working really well.

Story written by Steven Kimball for AirlineReporter. Steven is pursuing a bachelor’s degree in Economics at Wheaton College in Norton, MA. Post-graduation, Steven would like to work in a corporate setting for an airline.

Excellent article with one minor observation. Spirit would not need to acquire Frontier to gain access to gates in BNA, MEM and STL. All 3 airports have open gates now.

I think the Bare Fare marketing has been a wild success, and continues to receive traction with the sort of consumers ULCCs cater to. I’m fine with Spirit keeping the banana boat livery. The Frontier we all knew and loved is dead. I recently flew F9 and wasn’t impressed. Their costs are with added fees are hardly competitive with G4 and NK. I’ll miss the Frontier Animals, but they drive up costs.

One last thing. We can thank Republic’s Bryan Bedford for flying not one, but two airlines (let’s not forget Midwest) into the ground.

Thank you ChuckSTL , with BNA being my home airport I should have known that they have open gates. But thank you for the positive feedback. JL Johnson thanks for the reply, I was shocked the Baldanza was ousted considering he outwardly defended the company. Thank you both for replying the feedback is great.

I smell a lawsuit if they use “Airline of Choice”. Just after the US Airways / America West merger US adopted that exact slogan along with a special logo to support it. AA likely still owns the trademarks to this.

When William Franke, of Indigo, was Chairman (and part owner) of Spirit, he tried to persuade the airline to buy Frontier, which was then up for sale. They could have had Frontier for a song.

But Spirit didn’t want to know, so Franke sold his remaining shares in Spirit, resigned as Chairman and bought Frontier (for a song) all on his own. Since then, he’s made Frontier very profitable and seems to me to be giving Spirit the finger.

Does anyone know if the carriers have similar engines manufacturers on their planes?

Let me correct my own grammar…Does anyone know if the engines these carriers use were made by the same manufacturers?

I hope Frontier will not destroy the Spirit brand like UA did to CAL .

Here’s a good rebuttal to this article from CAPA: http://centreforaviation.com/analysis/spirit-and-frontier-a-merger-in-the-short-to-medium-term-makes-little-sense-despite-suggestions-261573

The takeaway: the case for a merger really does not stand up under deeper scrutiny, and both really need to concentrate on bettering themselves (and targeting the US3) more than a supposed merger.

Thanks for sharing. In every merger discussion, there are always going to be two sides. Many thought that Southwest and AirTran wouldn’t merge, but we saw how that worked out :)!