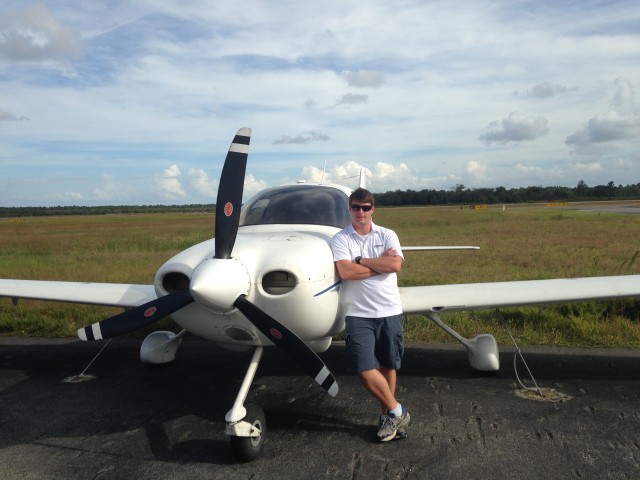 College, as they say, is the best four years of your life. You make life-long friends, discover what career you want to pursue, and obtain valuable leadership skills and experience through clubs and organizations. More often than not, it’s your first time out on your own. About the only thing that makes it better is when some of your classes are taught in a cockpit.

Flying is one of the greatest experiences I’ve ever had, and the single best major out there in my opinion. Most students study in the classroom, learning the material from books and real-world examples. However, it’s not often that you get hands-on experience; maybe for a semester or two during an internship. For aviation students, we get to do it every semester, several times a week. The airport becomes as familiar as our classroom.

So where did it all start for me? I grew up in the Tallahassee, Florida area. There were several times when my dad would take me out to the airport and we would watch the planes take-off and land. So, ever since I was a young kid, flying has been an interest of mine. However, like a lot of kids, I wanted to beÂ just about everything from a fireman, to a pilot, to a professional athlete. 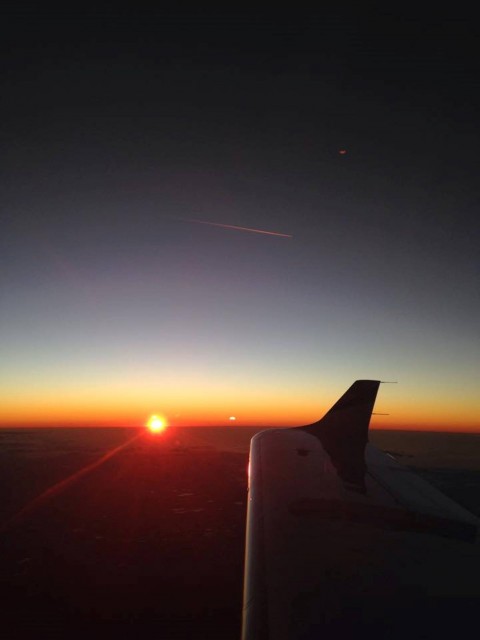 Sunset off the wing is always an awesome view – Photo: Zachary Azzarito

During my junior year of high school, I started to take the possibility of being a pilot seriously. As I was touring different universities with flight programs, I received the opportunity to do a discovery flight. As the instructor put in full power and we started the takeoff role, I was almost bubbling over with excitement, and then just all of a sudden, we were airborne. As the plane climbed, I just stared out the window at the ground that was slowly getting smaller, taking in the moment. The instructor turned to me and gave me the flight controls, and he showed me how to do some basic maneuvers. It was in that serene moment, as I softly gripped the controls, that everything else faded away. The engine’s throbbing dulled, the radios went quiet, and the beauty of the earth and the clouds left me awestruck. As I looked out with a wiry grin on my face, I knew in that moment that I was meant to fly. A few months after that, I stepped onto my universityâ€™s campus and started the journey of becoming a student pilot.

Being an aviation student in college is quite the experience. The average week is mixed between flight training, normal classes, and other activities like working out or participating in student organizations. There have been times where I went from studying accounting, to filling out a navigation log, and then off to the gym; all the while remembering I have a student government meeting followed by a night flight. There are points where it can definitely be busy, but that isnâ€™t always a bad thing. There will be times when we arenâ€™t so different than a regular college student: classes, homework, social life, and of course, naps. Then again, there will be times when the rest of our friends are sitting in class, when we are flying over the school at 4,000 feet as we set up for an approach into the international airport. 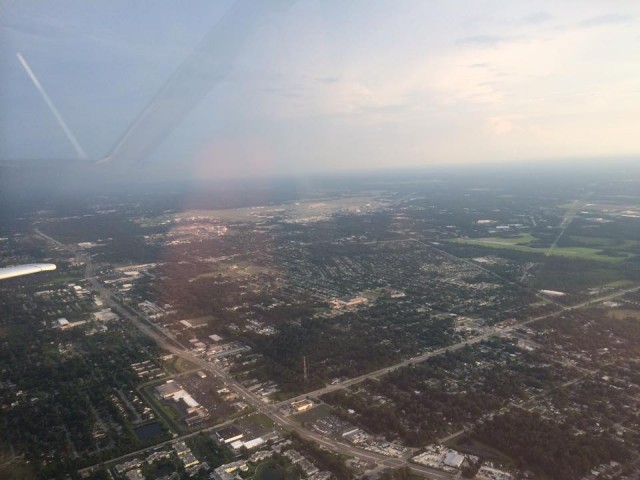 As aviation majors progress in school, slowly but surely everything begins to revolve around flying. You get out of the general education classes, and into the aviation courses. It’s no longer just the basic of flying as aÂ private pilot; it’s learning how to fly advanced jets and reachingÂ to be a commercial pilot. Even organizations you’re involved with can become aviation-focused if they’re not already. Pretty soon I went from just hanging out on campus, to being involved with the flight team, our international aviation fraternity, and representing the aviation department in our student government. The bright side about being a pilot is we don’t care one bit that everything has become aviation-focused. We’re pilots, after all.

Despite the pure enjoyment we get out of flying, there are times where it can be difficult. We love going to new places on cross-countries or having fun stalling and spinning an aircraft. However, you go talk to any aviation student and theyâ€™ll admit there are times when it gets redundant, or theÂ workload gets overwhelming. Landing late in the evening after a long flight, and realizing you still have a calculus test to study for the next day is tough. Weâ€™re also learning how to fly, which means eventually, weâ€™ll experience some sort of emergency situation in the plane. Sometimes, itâ€™s as simple as a warning light coming on for a system that is still working normally. Other times, itâ€™s when your engine quits and you have to find somewhere to land – quickly. 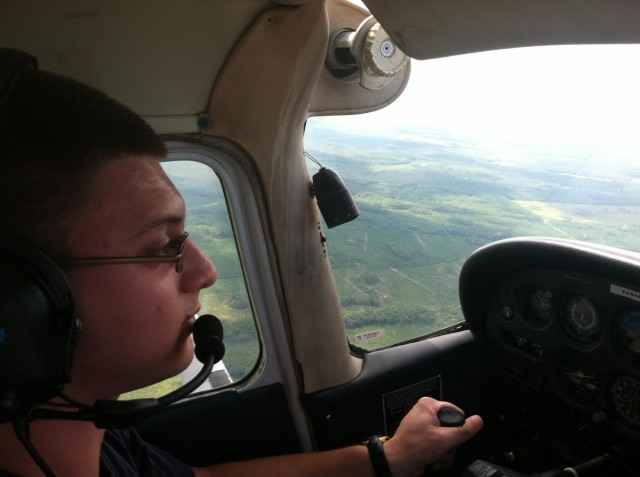 Probably one of the biggest challenges I had to overcome happened in the fall of my junior year. It was around mid-terms, so I had a lot of exams and projects due. In the middle of the week, I took a cross-country flight into Georgia, to a small airport with only one runway. We practiced a landing and then got ready for take-off. As we started rolling, the left main gear collapsed. Thankfully no one was hurt. However, my instructor and I spent hours at the airport as they took pictures and eventually managed to get the plane off the runway. I emailed one of my professors, saying I definitely wasnâ€™t going to be able to make it to his class that night. It was quite the experience, and my professors were pretty understanding when I asked for an extra day on some assignments.

It’s definitely a different experience being in a professional pilot program at a four-year university. Â You quickly make friends with the other pilots (after all, we can talk about flying for days), and get connected with the aviation faculty. For the most part, we’re just regular college students, but not everyone has a classroom at 6,000 ft. or goes hundreds of miles and back in a day for a grade. One of my favorite quotes wraps it up nicely:

This story was written by Zachary Azzarito, an aviation college student, for AirlineReporter

Really a very well written article. It raked up several emotions of the days when I was undergoing pilot training in India. To be able to fly as a pilot is truly a blessing….

Hi Zachary, I wanted to ask you how you selected the flight training school to do your flying with? My team and I have done a lot of research over the past years as we read a lot about the pilot shortage and thought that there wasn’t a good online source where individuals who wanted to become pilots could go to for them to see all the available Pilot Schools and funding options. With this in mind we created our website, https://www.aviationfly.com/pilot/training-institutes/ which features over 200 Pilot training schools in the Asia Pacific region. It would be great to hear your thoughts on it. Thank you in advance.