The sun had yet to rise over the control tower at New Yorkâ€™s JFK Airport on the cold December morning, but the party at Terminal 8 was already well underway. This was no ordinary day at JFK. For the ninth consecutive year, American Airlines was beginning a long day of charter flights, celebration, and remembrance with the Snowball Express program.

Throughout the day, flights operate from their origins and converge on Dallas while picking up additional passengers at 62Â cities. This year, American utilized ten aircraft to support Snowball Express flights, ranging from regional jets to Boeing 757s and Airbus A321s. In total, over 150 American Airlines pilots and flight attendants donated their time to the charter flights. The Snowball Express operation is larger than that of some entire airlines. 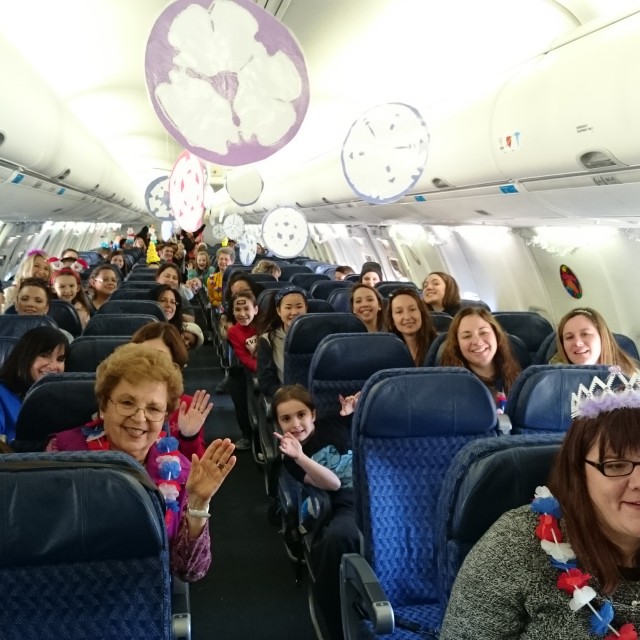 As we pushed back from the gate, ourÂ aircraftÂ was given a ceremonial shower from JFKâ€™s Aircraft Rescue and Firefighting team, the first of five we experienced that day. Finally in the air, with callsign Snowball 2 (and a few shortcuts granted to us by ATC), we climbed off runway 31L and the party started. 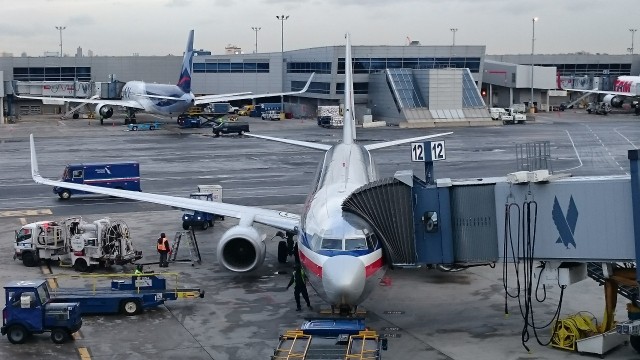 Keeping a plane load of children happy for a six-hour flight with two stops along the way isn’t easy, but our flight attendants made sure fun was had the whole way. There was singing, dancing, and even an impromptu talent contest.

BONUS: See a story on NBCNews about Snowball Express

At both cities along the way to Dallas, something amazing was waiting for families in the jet bridge. Volunteers lined the walls of the bridges from plane to gate, cheering on the families as they stepped on and off the aircraft.

Dressed as Santa, characters from the Disney movie Frozen, and everything else in between, the greeting was incredible. This was one of the most uplifting things I had ever witnessed, and it did wonders for the spirits of the children on the flight. 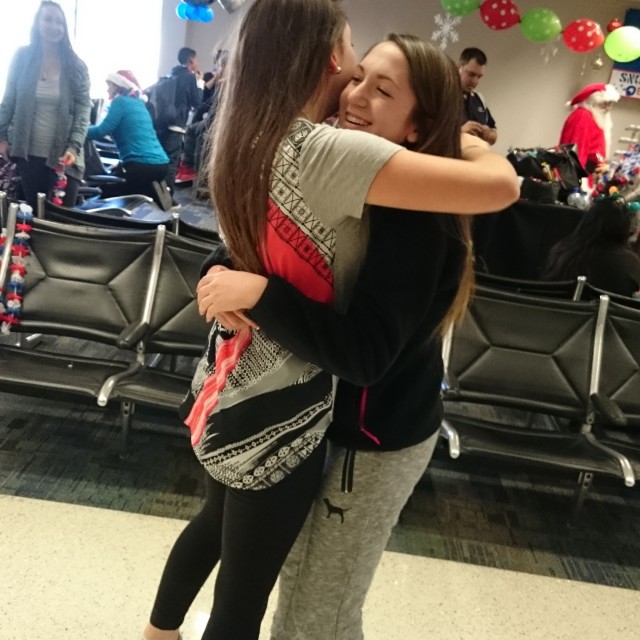 Two passengers of Snowball Express who only see each other once a year – Photo: Jason Rabinowitz

At our stop in Norfolk, Virginia, I was lucky enough to witness something that would make even the most cynical person teary-eyed. As passengers from the first leg of the flight from New York gathered at the gate in Norfolk, one incoming passenger spotted her friend from across the terminal. After a fair bit of screaming, a running hug ensued, and the tears started flowing. These two friends only see each other once a year on this Snowball Express flight.

Once finally at Dallas, our now completely full 737 received yet anotherÂ ceremonial shower to signal the end of the journey. During the first few Snowball flight arrivals, even American Airlines CEO Doug Parker himself was present at the gate to welcome the families.

The arrivals wereÂ the beginning of a weekend of fun for over 2,000 families. After the weekend, American gets the families home with another round of charter flights. As for me, I returned home that evening on a brand new Boeing 737 after one of the most incredible experiences I have ever had the privilege of witnessing.