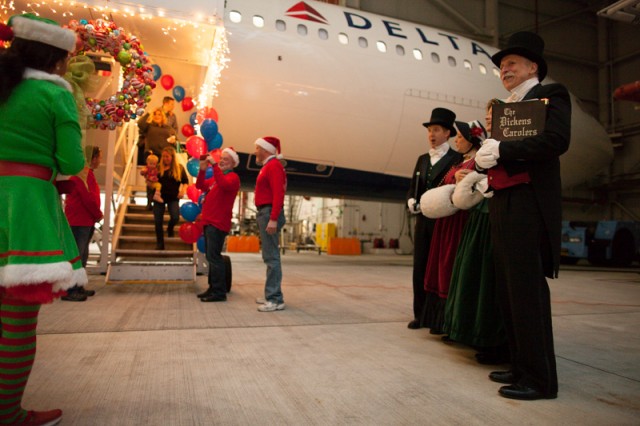 Earlier this week, Delta Air Lines offered a very special charter flight to the North Pole with VIP guests. Children and families of the Down Syndrome Community of Puget Sound boarded a specially decorated Airbus A330 at Seattle-Tacoma International Airport before being whisked away on a quick trip to a winter wonderland. 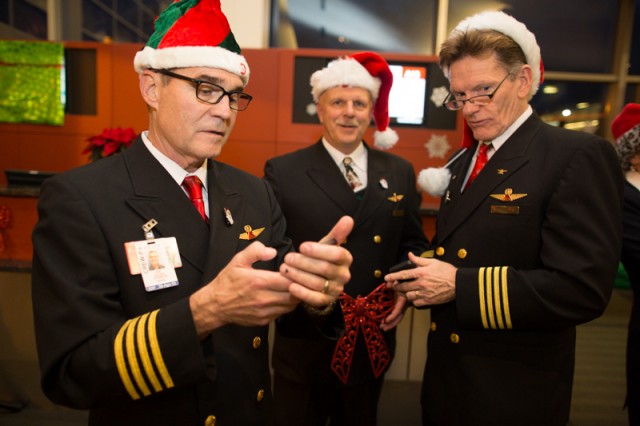 The pilots for Delta flight 1225, service from Seattle to the North Pole, check emails before the flight.

Upon arrival, the guests were treated to different games, entertainment, Blitz from the Seattle Seahawks, the Coca-Cola Polar Bear and of course Santa, who took some time out of his busy schedule to interact.

We had photographer Jeremy Dwyer-Lindgren there to cover the event and afterwards he said, “I have to say that it was one of the heartwarming three hours I’ve had in awhile.” He was excited to share the experience via some photos. 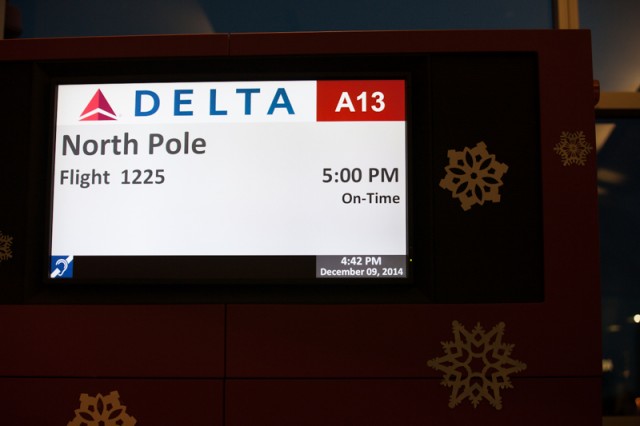 At the gate inside SEA, this is our special flight to the North Pole 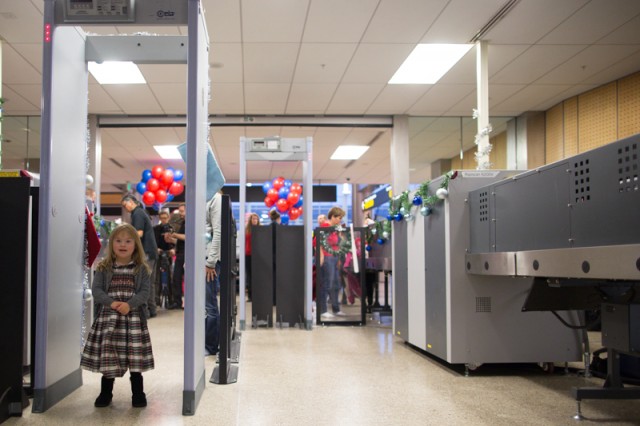 En route to meet her North Pole flight with Delta, a child passes through security at SeaTac International Airport on December 9, 2014. Delta teamed up with Down Syndrome Community of Puget Sound to send 80 kids and their families on a trip to see Santa 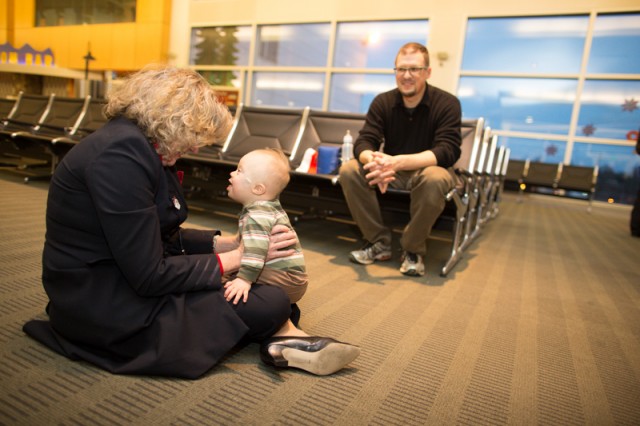 One-year old Sebastian, from West Seattle, enjoys a moment with a crew member while his father Bernd looks on 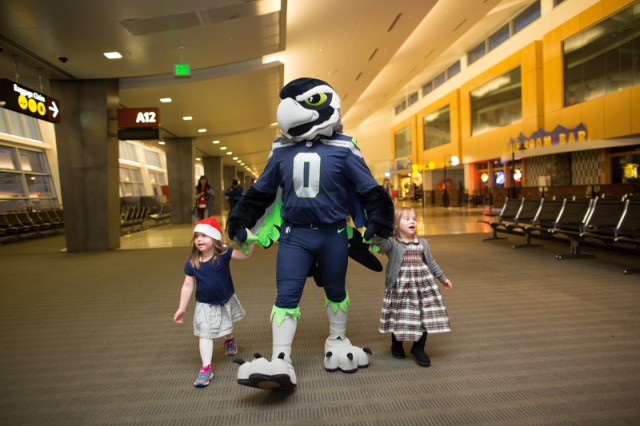 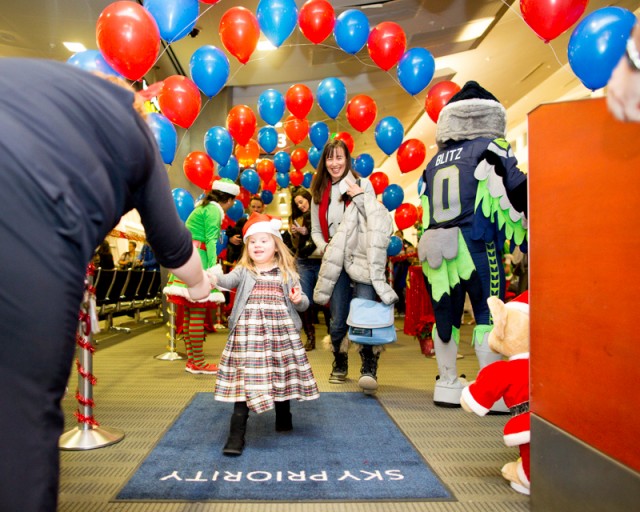 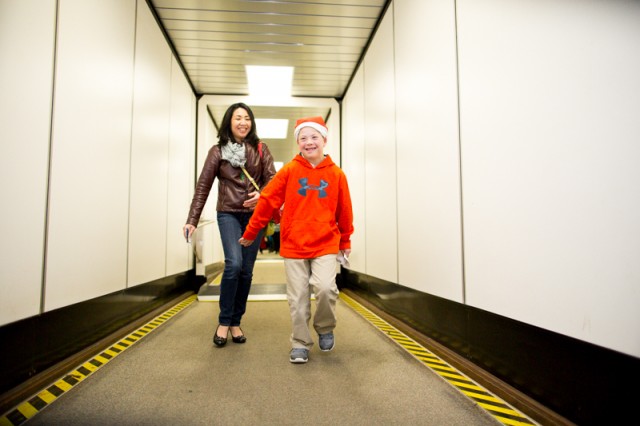 Ready for the flight, a child runs down the jetway to the waiting Airbus A330 jet 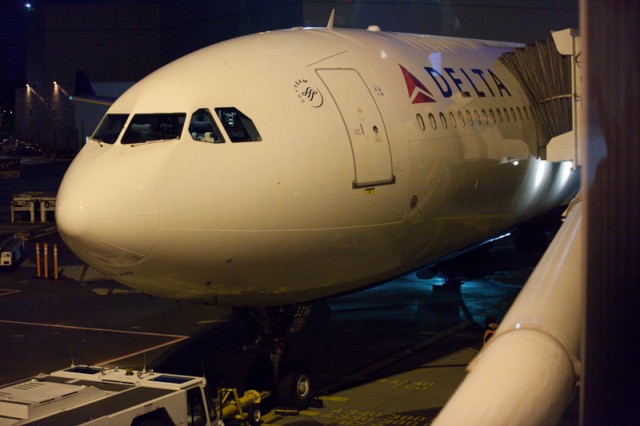 The VIP Delta A330 sits at the gate 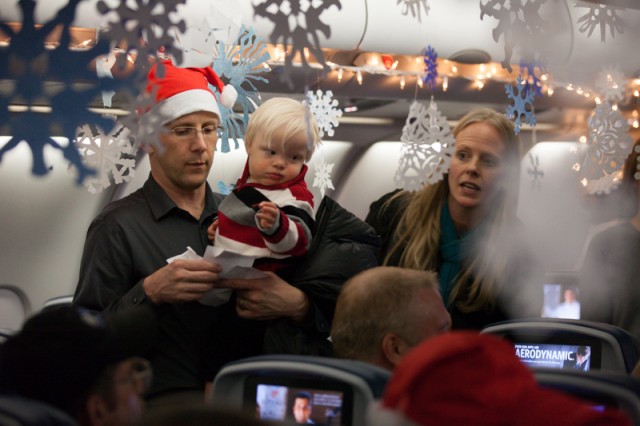 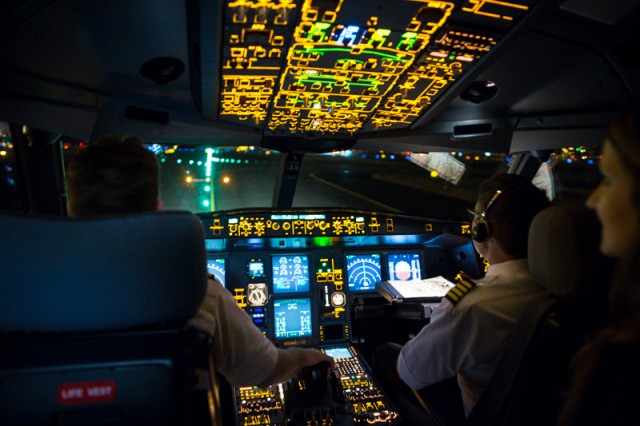 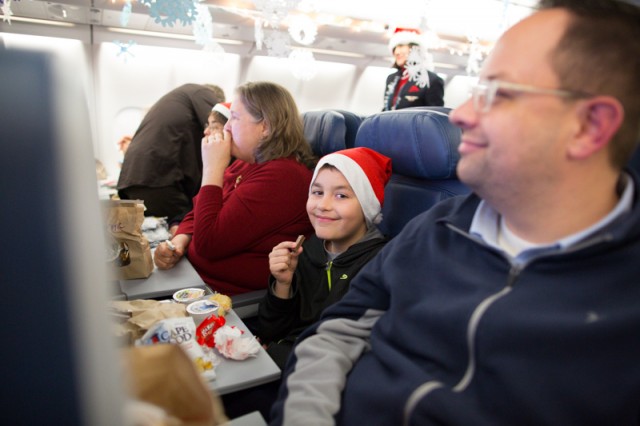 Families on board enjoyed a small dinner, even in economy, during the flight 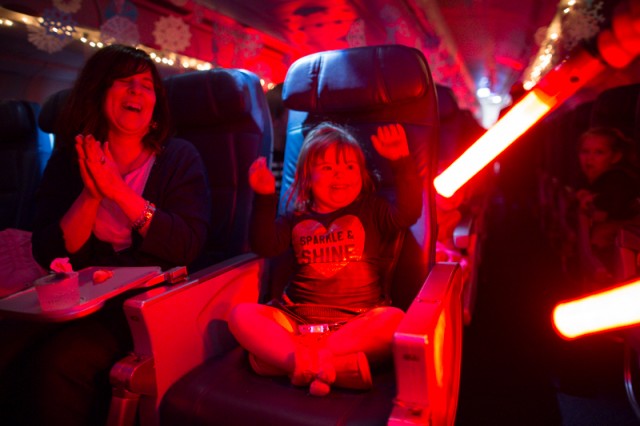 Laughter and fun was the theme of the flight 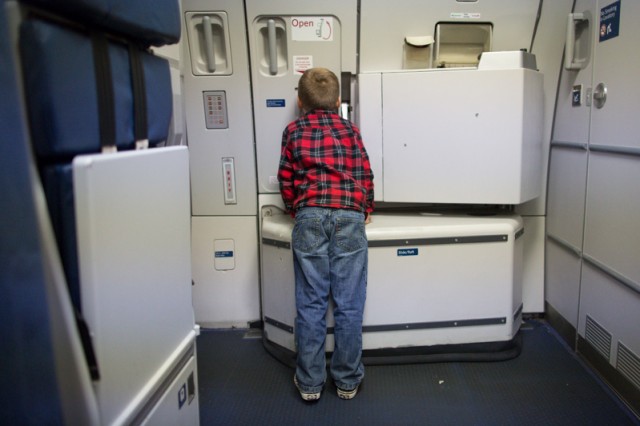 Despite a windows-shut order to protect the secrecy of the route to the North Pole, a boy attempts to steal a look 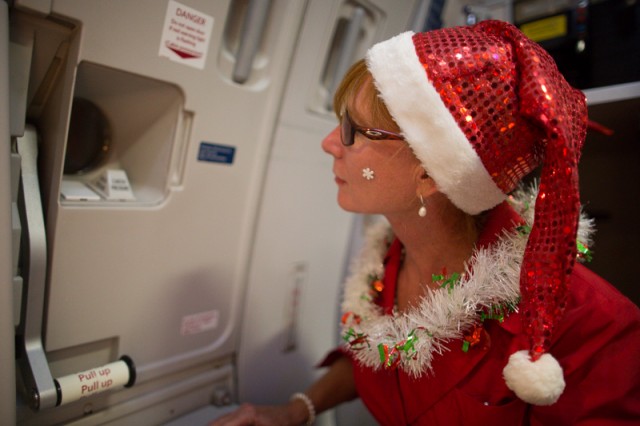 Flight attendant Denise Foreman, who flew in from Kona, Hawaii to work flight 1225, monitors the situation outside as the jet pulls up 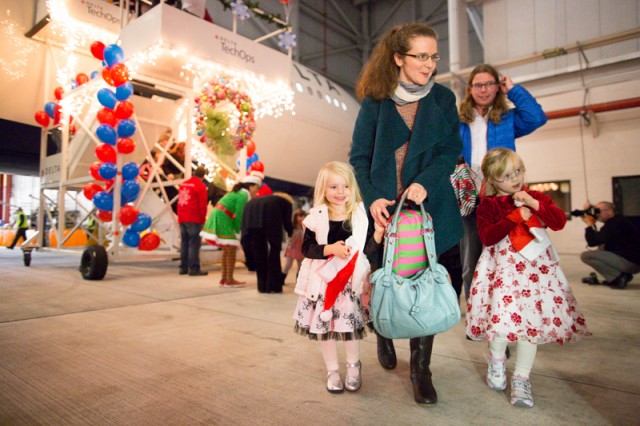 The flight complete, families deboard the jet into a Delta hangar / North Pole for an evening of games, gifts, and surprises 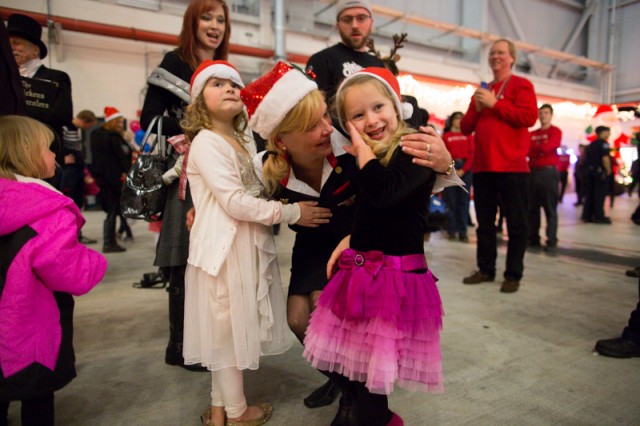 Children are excited to arrive to the North Pole 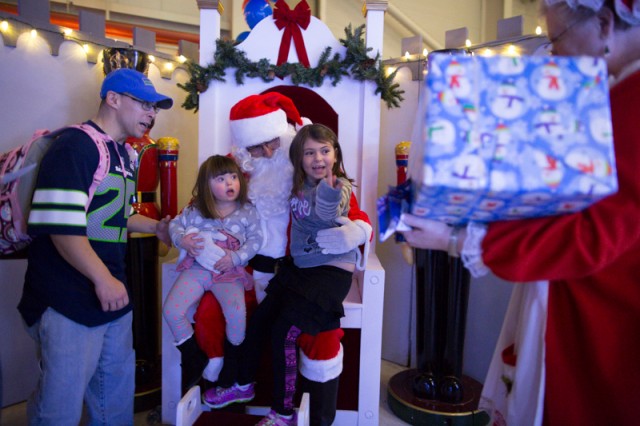 Each child received a secret Santa, aka Delta employee, who provided gifts for them

The photos were taken by Jeremy Dwyer-Lindgren for AirlineReporter

This is a great story! Thanks Delta for making the holiday brighter for these beautiful kids, these smiles are priceless!!!!!

Amazing story! Thank you for making the world a better place, Delta!

So they just took off and did a circuit around Seattle right?

The story mentioned that it was a 90-minute flight, so I’m guessing that it was a bit more than that. Unfortunately, they didn’t provided a FlightAware link or flight number.

It was a special flight to the North Pole guys. They can’t put those on FlightAware ;)!

Three years ago my family got to go on this when they did a different Downs Syndrone group. I am a retired Northwest flight attendant and my grand son Max has Downs. I can honestly say this was a night that will live in my heart forever. Delta makes everyone feel like a star and the employees who put this on are angels that walk this earth.

My Kate has a blast. Such an incredible event. Forever grateful to Delta for putting this on!

I am glad that Kate had a wonderful time. I think every kid has a love for airplanes and of course Santa. Putting them together and you have something pretty darn wonderful!

Sun Country airlines does this every year in MSP also. They do flights to the North Pole for Make a Wish families. They just did the 2014 one a week ago or so.

It is pretty great that quite a few different airlines do something similar. We were also invited on American’s SnowballExpress, which will come later this week.