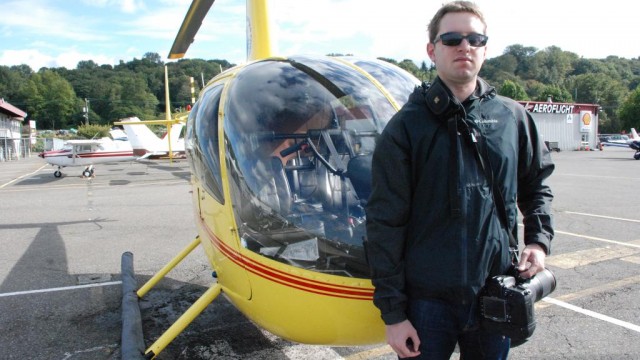 https://www.airlinereporter.com
Happy Thanksgiving and Stuff(ing)
G20 2014 – The Day the World Came to Brisbane and Brought Their VIP Airliners
5 Comments

Thanks for the fun post, “Staff.” Yes, Bernie is a genuine professional in a world of wanna-bees. But AvGeeks are not limited to photographers. Many, perhaps most AV bloggers are real AvGeeks, a term not yet well defined. What IS an AvGeek? I probably are one, yet I cannot offer an accurate definition. Can anyone else? AvGeeks include far more than photographers. Some ‘Geeks are professional pilots; most are not. Some ‘Geeks are professional journalists, yet the vast majority of blogging ‘Geeks remain far more interested in delivering interesting content than in skillful writing (a sad situation that that could be corrected, but few do). And now a ‘real journalist,’ Julie Johnsson of Bloomberg is asking the ‘Geek world to define itself. (A fun idea, but good luck!) AvGeeks are bloggers, each with his/her own unique interest or focus. Some, like Bernie focus (no pun, please) on specialty pictures. Others focus on manufacturing issues and air framer competition while yet others trouble themselves with airline schedule changes, Frequent Flyer Miles (although that one has stumbled its way down to competitive marketing of credit cards (sad!!), and still other genuine ‘Geeks are consumed (or are consuming?) airline food. IMHO, all and more are legitimate AvGeeks. I believe that the vast majority of genuine ‘Geeks are simply active readers of these and a hundred or more related topics. A very few manage to make a living via ‘Geeking, but I have to believe that the numbers are tiny. Are they all “Qualified AvGeeks?” If Ms Johnsson writes about aviation for Bloomberg, she may be a closet ‘Geek and not even know it. Perhaps Ms Johnsson’s inquiry and questions are a bit of a tease: if we invent and use a new word, perhaps we should be able to DEFINE that word. In a very quick note I’ve offered a few obvious and inclusive suggestions, but my instant list is hardly complete. She poses a darn good question: What the heck IS an AvGeek? I cannot wait to read the simplified, yet accurate definitions that other AvGeeks may offer. Go for it? Let’s have some (clean and wholesome?) fun…
-Cook

Sometimes I like to write under the “Staff” byline, hoping to get a compliment on the story and you didn’t know it was me writing it 🙂 — it has happened before.

I tried to define what I saw being an AvGeek meant a bit here: https://www.airlinereporter.com/2013/07/what-is-an-avgeek-i-am-an-avgeek-hear-me-roar/

But I think the definition ebbs and flows.

Honestly, I don’t know where the term came from or who coined it first (maybe from Aviation Geek Fest?!), but we have been strong supporters of the word since first seeing it.

I think many of us out there have this great interest in aviation and airlines and do not realize how many others out there share our passion. I think being able to come under the #AvGeek name, we are able to say, “Hey, it is okay for me to like planes and I have others just like me.”

AvGeek will never be fully defined to the point where it would merit,say, a full page in Wikipedia. And that’s fine. An AvGeek is someone who has some form of love for aviation of any kind. I was hooked when I was 6th grade and taken to an airshow in Titusville, FL. Now, I’ve been an atc for 22 years, and I still look out my home windows when I hear an aircraft coming to or from the municipal airport 4 miles away.

My in-laws live underneath one of the Chicago Midway corridors 7-8 miles to the west. They’ll sit in their backyard and watch aircraft go by on a nice day. They’re AvGeeks that don’t know it yet!

As much as we want to “define” what an AvGeek is, there will always be debate beyond the broadest of definitions. The definition of an AvGeek *should* start with a question:

When you see an aircraft in the air; Do you pause to watch it for more than a quick glance? Yes? Congratulations. You’re an AvGeek!

Hi David,
And a Happy plate of leftovers to you as well (the best part). Relax and enjoy the ride. It was a great post. Though I do not lose sleep over it, I’ve often wondered, ‘Just what constitutes an “AvGeek.” I’ll go looking for your citation in a moment. Perhaps it just takes one to know one? I think I R 1, U R 1, and any dude that spends the bucks for that extra-quality pic just has to B 1, 2. The other ‘staff?’ I suspect that all *enjoy* the affliction as well. With a , there must be some official test of one’s true ‘Geekness…’ Something simple, perhaps, “Have you ever traveled or spent money just to see (or ride on = 2x points?) a particular aircraft? ‘appy ‘oliday weekend, dude. Please, don’t read anything beyond some ‘geeky’ fun into my notes. The blog and the ‘staff’ are doing just fine.
-C.