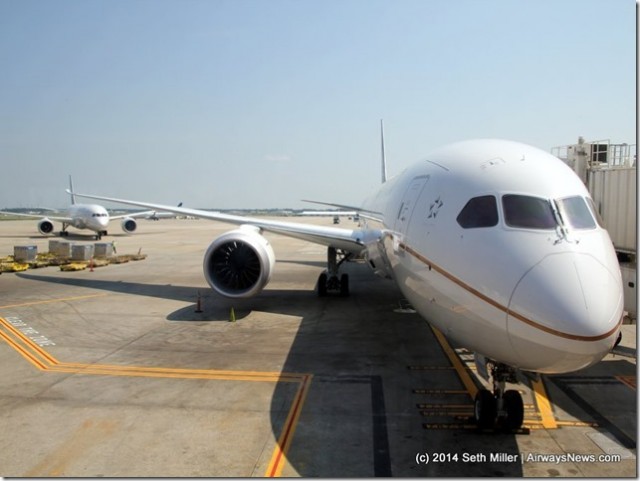 This story was originally published on Airways News by Seth Miller.

The Boeing 787-9 Dreamliner entered service with United Airlines Monday, making the Chicago-based carrier the third airline in the world to offer service on the type. The first flight operated from Houston to Los Angeles, a route the carrier has used for 787 training and proving runs since taking delivery of its first 787-8 two years ago. After a short period of domestic flights, the aircraft will enter international service this fall. The first route the 787-9 will serve is Los Angeles ’“ Melbourne, which will be the longest 787 route in the world when it launches in late October. Airways News was a guest of United’s on the inaugural flight. 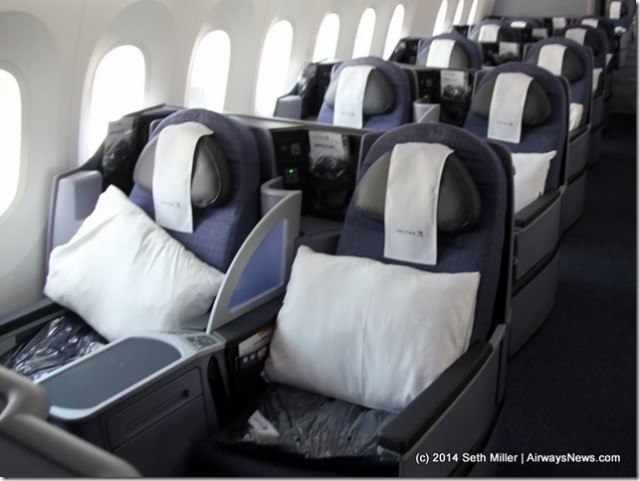 The forward BusinessFirst cabin of the 787-9

For most passengers (and the airline) this was business as usual; just another flight from Houston to Los Angeles. There was no special reception at either end, no balloons and nary a cupcake to be seen. Yet there was still a bit of excitement in the air. For some passengers it was just about flying on a Dreamliner. For others being on the inaugural was a specific goal. Neil Gamrod was up at 4am Eastern to make his way down to Houston for the inaugural flight.

Like others he studied the airline schedules and adjusted his plans a few times, just to make it on board. And by the time we wrapped up the day with a celebratory dinner at the In-n-Out adjacent to LAX he was absolutely convinced it was a worthwhile trip, even if he was exhausted. Like many other 787 passengers Gamrod noted the more comfortable cabin comfort and the quieter ride as just a couple of the advantages the Dreamliner brings to the skies.

thank so much for good reports &photos, I enjoy to see and read them. It is intetsting for me becaus my field is mechanical engineering.