This story was written by John Cameron for AirlineReporter.

The MRJ will be the first airliner designed and produced in Japan since the 1960s.

A bright new day will soon be dawning in the world of commercial aviation as a new breed of narrow-body jets take to the skies in the coming years. Fittingly, one aircraft heralding this ’œnew day’ will be arriving from the land of the rising sun ’“ Japan.

The aircraft, dubbed the MRJ (Mitsubishi Regional Jet), has been in development since 2008 when Mitsubishi Heavy Industries formed a subsidiary (the aptly-named Mitsubishi Aircraft Corporation) for the design and production work. Once complete, it will be the first airliner designed and produced in Japan since the venerable NAMC YS-11 ’“ a turboprop developed in the early 1960s to replace the aging DC-3s that were flying many of Japan’s domestic routes at the time. 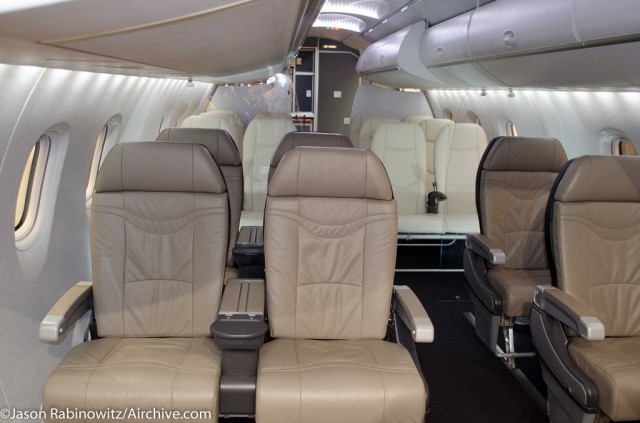 The MRJ will eventually compete against such well-known airframes as the Bombardier CRJ700 and CRJ900, as well as a flock of new narrow-body aircraft that will arrive on-scene in the latter part of this decade. Most notable among this new generation is the Embraer ’œE2’ series.

BONUS: Video showing what the Mitsubishi MRJ will look like

Unlike the Embraer family of aircraft, which is currently slated to offer three variants, Mitsubishi’s offering will initially come in only two flavors ’“ the MRJ70 (78-seater) and the MRJ90 (92-seater). However, Mitsubishi has been fairly open in disclosing that they are also considering a 100-seat class version, the MRJ100. 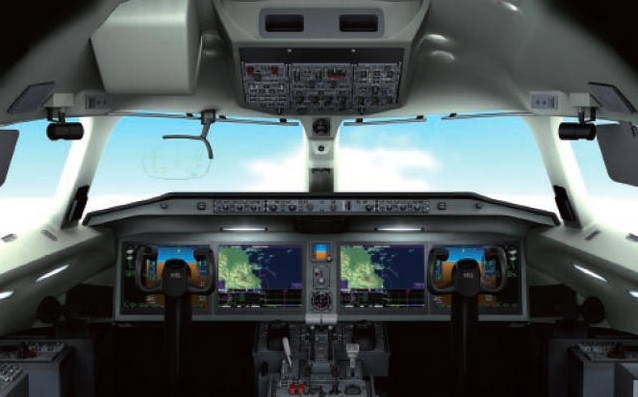 A mock up of the MRJ flight deck – Image: Mitsubishi

Eventually, each model of the MRJ is expected to come in three variants: STD (Standard), ER (Extended Range) and LR (Long Range). The ER and LR variants will provide increased range in exchange for longer runway requirements during takeoff.

Mitsubishi is designing the MRJ with an eye towards commonality between the versions. The two aircraft types will share the same wing design, as well as the same empennage, engines, and navigation/control systems. Additionally, a single type rating will enable a pilot to fly either version.

Like most modern aircraft, the MRJ is expected to make full use of fly-by-wire technology, in which conventional manual flight controls are replaced with an electronic interface that converts pilot input into digital signals that actuate the aircraft’s ailerons, elevator, and rudder. The flight deck will be equipped with Rockwell Collins’ Pro Line Fusion avionics and touch-screen displays, complete with a ’œsynthetic vision’ heads-up display (HUD). 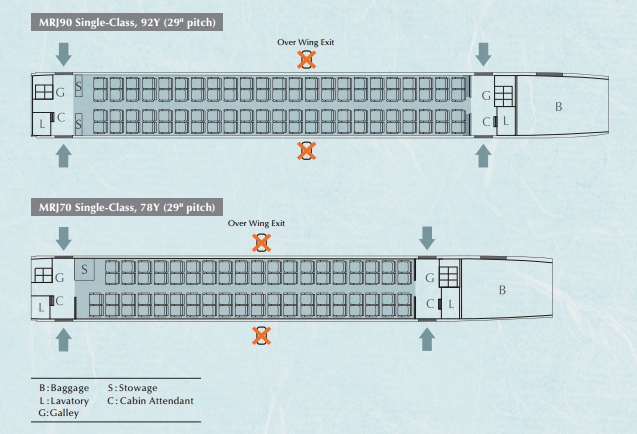 The MRJ will initially be produced in 78-seat and 92-seat models – Image: Mitsubishi

According to Mitsubishi, two of the key concepts of the aircraft’s design are improved passenger comfort and reduced environmental impact. Let’s take a quick look at how they are hoping to achieve their design goals.

In terms of passenger comfort, all models and variants will offer 2×2 seating, ensuring that each passenger gets either a window or an aisle seat. With just 29 inches of seat pitch, the seating may feel a bit tight, but Mitsubishi hopes to offset the lack of pitch with a slim seat design featuring ’œ3D-Net Fabric.’ This fabric appears to conform to the shape of your, ahem, rear and back, which makes for a more comfortable flying experience. Mitsubishi also claims that the MRJ will surpass all competitors in seat width, as well as arm and shoulder clearance to the side wall. 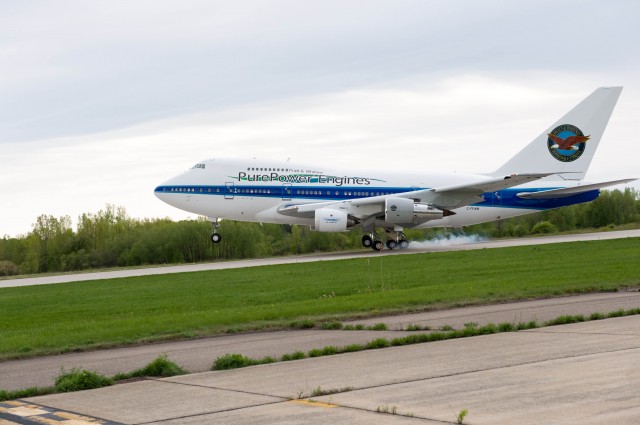 When it comes to reducing the aircraft’s environmental impact, Mitsubishi is relying on advanced aerodynamics and the use of the new Pratt & Whitney PW1000G high-bypass geared turbofan engine (the same engine slated for use on the Bombardier CSeries and Embraer’s E2 series).

Mitsubishi is claiming to have the ’œgreenest’ and quietest aircraft in its class. The latter is important because it will allow the MRJ to operate during noise-restriction curfews and to potentially avoid required usage of noise-abatement flight paths.

After overcoming a number of setbacks and delays, recent milestones in the MRJ’s development include preparations for airframe strength and fatigue testing, as well as the rollout of the first flight test engine pylon from US-based Spirit AeroSystems.

The MRJ is currently on pace to enter service in mid-2017, when launch customer All Nippon Airways (ANA) begins operating the first of 15 that it has ordered (with options for up to 10 additional aircraft). But, you won’t have to travel to Japan to experience the MRJ. SkyWest and Trans States Holdings, both of which operate regional jets in the US for various legacy carriers, have placed orders for 100 and 50 MRJ90 aircraft, respectively. The two holding companies also have options for up to 150 additional aircraft.

Additional orders are likely to follow as the project nears completion and the first flight tests get underway. So, assuming all goes according to Mitsubishi’s plan, you can expect to see the Japanese-made narrow-body streaking out of the rising sun and landing at an airport near you within three years.

Who manufactures the seats?

It was originally supposed to be a Japanese company named Delta Kogyo. However, Mitsubishi eventually switched to Zodiac Aerospace to supply the seats.