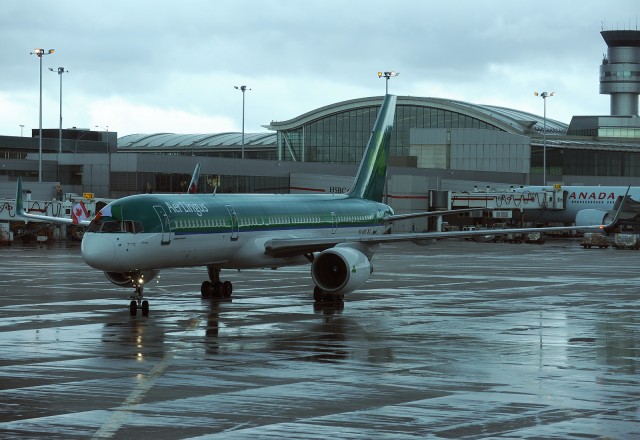 Other expansions plans for the airline include the launch of their SFO route, also in April.

All three Boeing 757s that Aer Lingus acquired are “damp” leased from Air Contractors, a freight and passenger airline that operates on behalf of a great number of airlines. During the inaugural event, I noticed the pilots had Finnair lanyards and IDs on them, suggesting Air Contractors gave Aer Lingus the aircraft with pilots, however not the cabin crew. 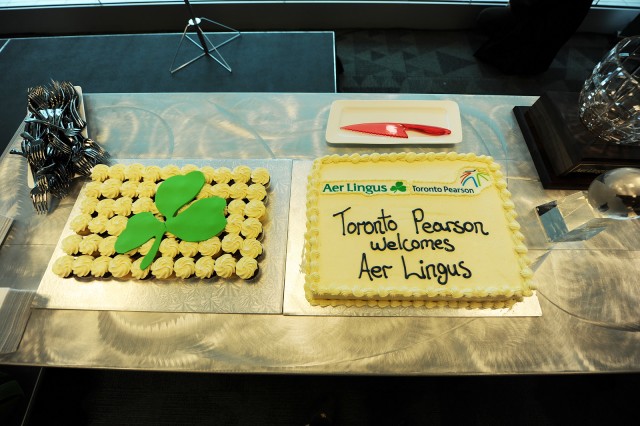 Finnair last operated these aircraft for roughly 15 years, also used heavily flying on their Helsinki-Toronto route. The aircraft are as follows: 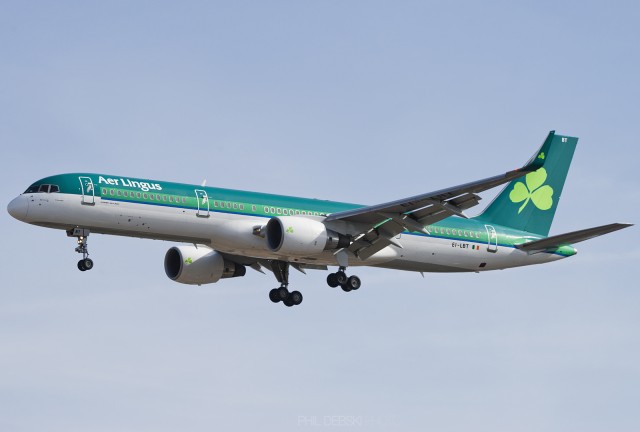 As for the inaugural event itself, it was quite different than events I’ve been to in the past. By that, I mean, barely any photo opportunities, and the hideous weather even made it worse.

Other than that, the event had quite a few guests, including top officials from Transport Canada, Greater Toronto Airports Authority (GTAA), and executives such as vice president of Aer Lingus in North America, Jack Foley. 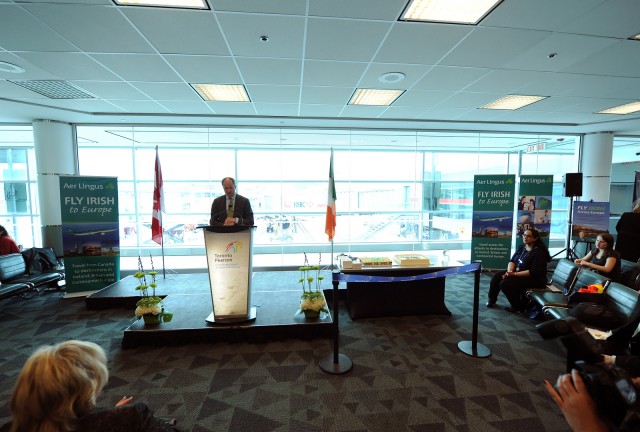 During the event, there was Irish stew for everyone to enjoy and Irish dancers showcasing their skills while dancing to Irish Folk music. Aer Lingus is really excited and hopeful about this route and it really showed during their event.

This article was written by Philip Debski for AirlineReporter.

https://www.airlinereporter.com
You Get What You Pay For Rant: Why Economy Class Is What It Is
Hanging Out at the Freddie Awards – Celebrating Travel Winners
3 Comments

Nice to see some Boeings utilized by an Airbus carrier.

“I noticed the pilots had Finnair lanyards and IDs on them, suggesting Air Contractors gave Aer Lingus the aircraft with pilots, however not the cabin crew.” not very observant, the lanyards were AirContractors and so the IDs.

The lanyards were Finnair, with Air Contractors ID’s….that’s all that was to it.