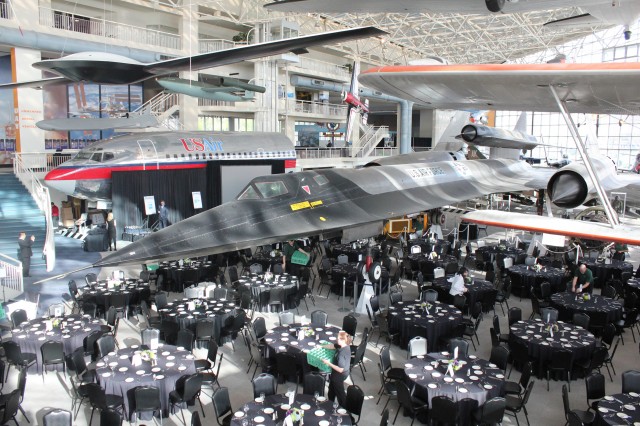 Couldn’t have a better place to celebrate – at the Museum of Flight – Photo: David Parker Brown | AirlineReporter

I am admittedly not a frequent flyer guy. I love flying and do itÂ quite often, but I am not one that goes and chases miles either in the air or on the ground via rewards programs. Before a few months ago I had heard things about the Freddie Awards, but didn’t really know what it was or what it celebrated. When I am not familiar with things related to travel and airlines, I like to dive head first and learn, so I signed up to attend the 2014 Freddie Awards, being held in Seattle, WA.

I wanted to learn a bit more about rewards, points, miles, and those companies who are doing things right. Oh, did I forget to mention, the event was at the Museum of Flight?Â I had a full steak/salmon dinner under the SR-71 (okay, it really is the M-21 Blackbird, but most people have no idea what that means) and an open bar? Oh yes, this was going to be a good time. 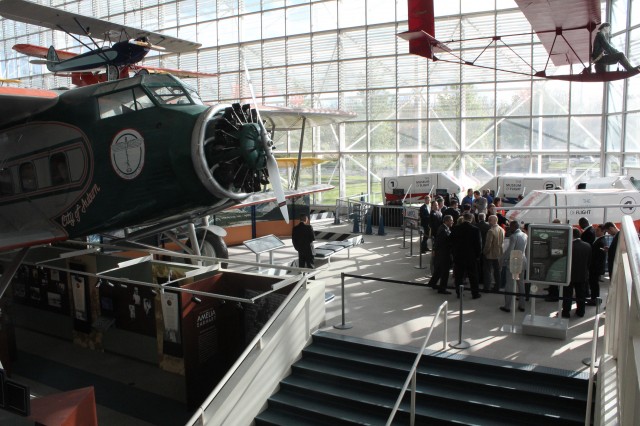 If you are in the frequent flyer world, you probably know the name Randy Petersen. He created FlyerTalk, BoardingArea, and the Freddies (among other things).

Peterson created the Freddies back in 1988. He set it up so that members of programs are able to vote for their favorites, and those winners are celebrated each year.

The award is named after Sir Freddie Laker for his contributions to the airline industry. Sir Laker created Laker Airways in 1966 and also founded SKYTRAIN service.

This year, over eight million votes were cast – users were able to vote for their top three choices in either hotel or airline programs across three regions: Europe/Africa, Middle East/Oceania/Asia, and Americas. The votes were tallied and the winners were announced last Thursday. 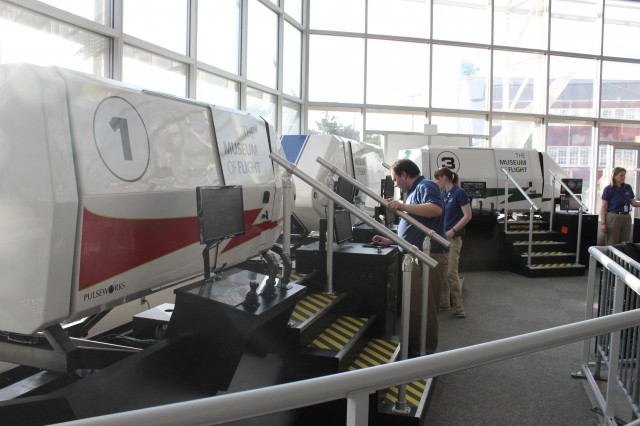 The awards ceremony celebration started at 5:00pm on Thursday, April 24th. Guests were free to roam and check out the Museum of Flight, including the ability to fly in their flight sims.

A few of us were wondering if these sims were more for children, thinking they just tilt up and down, but these things are the real deal. You can actually go fully upside down and it was quite a hoot watching people come out in either suits or dresses after shooting down a few enemies. 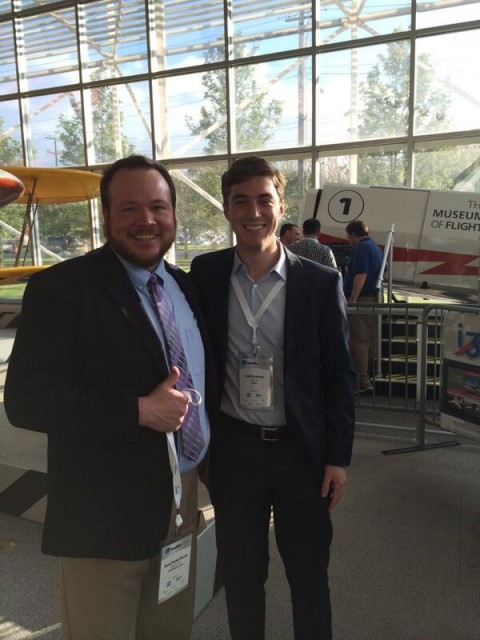 Me and Scott (@hackmytrip) celebrating our victory! Photo: Scott Mackenzie

There had to be a good 100 people that went through the four group simulators and not to brag or anything, but my co-pilot and I (fellow UW-alumÂ Scott Mackenzie with hackmytrip.com) were told we had the most kills of the night (with eight) in our F-4 Phantom II. Not too shabby.

After the flight sims, it was time for cocktail hour and I had a few drinks and worked the room trying to find some people that I knew and introduce myself to some new folks. I actually got recognized by a few people who were at the event as the guy who runs AirlineReporter, and I have to say that was a bit surreal, but cool. After the hourÂ passed, we were ushered back down to the main floor and assigned to our dinner tables; lucky number 23 for me. 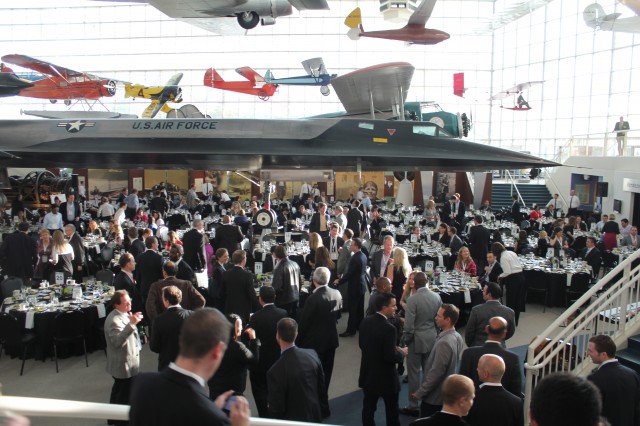 Heading back down to the main floor after cocktail hour to eat – Photo: David Parker Brown | AirlineReporter

After getting to know my table-mates, it was time to start eating. The main course was surf and turf – steak and salmon – and it was delicious. Probably eating around a bunch of planes doesn’t hurt either.

The awards ceremony, emceed by Gary Leff, soon got underway. As winners were announced, I started toÂ noticed that some tables were getting really excited. Like really, really excited. Were they with the company that won? Did they love the awards? Were they drunk? Nope (well maybe a little of the love and drinks), they hadÂ friendly bets on the winners, increasing the excitement of the event. The enthusiasm surely helped in the energy of the crowd. 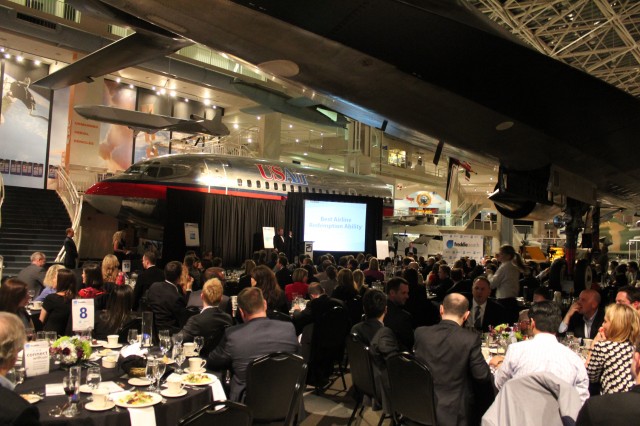 With each winner announced, I had reward gurus like Grant Martin and Jason Steele explaining to me why theÂ program won – which was great, otherwise I would have been a bit lost.

The awards wrapped up and then the after party started. Being an old man and having had a very long day, I opted to head home (now, with more sleep, I wish I would have stayed).

Overall, it was a great experience and it is hard to beat the energy of a bunch of people from airlines, hotels, rewards writers, and guests. Of course next year, they will be doing it all over again, but this time at the new Delta Flight Museum in Atlanta.