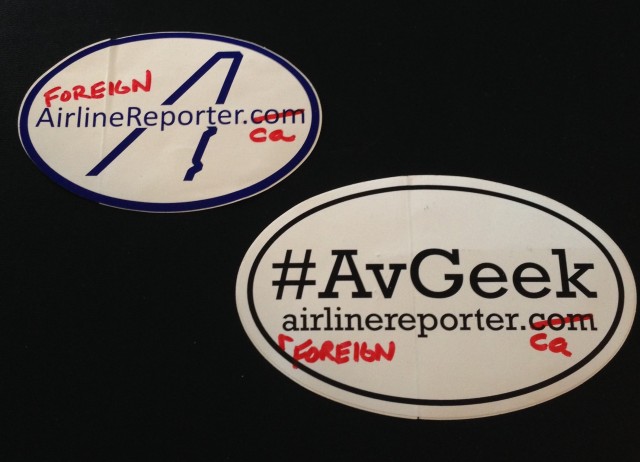 G’Day!  Welcome to the new ForeignAirlineReporter.ca, your new source of all the airline and airliner news you could want, as long as it is not based in the USA.  Under the leadership of the ’œForeign Core’ of the site previously known as AirlineReporter.com, and in conjunction with the governments of some foreign nations (who will remain secret for the moment), a hostile takeover has occurred that has changed the management of this website.

After a very productive six years of Founder David Parker Brown’s leadership, the AirlineReporter.com brand was ripe for the pickings.  With a great following around the world, respected not only amongst #AvGeeks but the airlines themselves, AirlineReporter.com was at a stage in its life where it could be expanded much further into a worldwide powerhouse.  Today’s takeover, lead by former AirlineReporter.com staffers Mal Muir (Australian), Bernie Leighton, & Howard Slutsken (both Canadian), was done to ensure that AirlineReporter’s growth was bigger and more in-line with today’s more global aviation market. 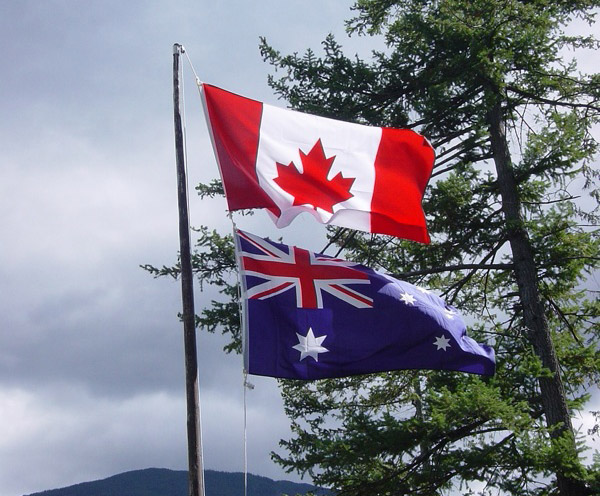 Change is in the air – Photo: Steve | Flickr CC

As part of the takeover, several staff have been promoted to form the new leadership of the site.  Bernie Leighton forms one part of the ’œForeign Core’ as a Co-Founder and also holds the official title ’œManager of all things Loud & Noisy.’  Since Bernie’s passion is for anything that can destroy an eardrum, expect to see lots of comments about how the newest aircraft just aren’t noisy enough.

Howard Slutsken, is promoted from ’œSenior Contributor’ to ’œCo-Founder and Director of Corporate Apologies ’“ Sorry’.  Howard will cover all things Canadian (so nothing really new) but he will be free to mention everything about hockey, Clamato Juice & testing poutine and maple syrup as alternative aircraft fuels.

The final piece of the ForeignAirlineReporter.ca is Mal Muir, who was the first of the outside contributors to write for AirlineReporter.com and now comes online as the third Co-Founder.  Like Bernie & Howard, he also holds a special title, Chief Executive Vice Manager in Charge of Airline Utensils, looking after all things that has to do with food and airline cutlery.  Expect a lot of ’œThat’s not an Airline Knife, this is an Airline Knife’ remarks!

There is one extra support member of the ForeignAirlineReporter.ca team, Blaine Nickeson.  Although Blaine is originally from the United States, the team believes that he can do his editing job (or else) as well as any of the other members.  Blaine, as the ’œTranslator-in-Chief,’ fills a similar role to the one he held at AirlineReporter, however under strict new guidelines to ensure that all mentions of Harbour, Centre, Favourite, or Colour will not be edited and remain the correct spelling.

David Parker Brown remains affiliated with ForeignAirlineReporter.ca.  His new job will be to manually correct each and every #AvGeek sticker we have in inventory.

Though the site doesn’t look at all different right now, over the coming weeks we will roll out a new look & feel to the site (at time of print there was still a fight going on over maple leafs or kangaroos with boxing gloves and which was more appropriate). All the new staff at ForeignAirlineReporter.ca hope that you will remain with us in the future and know that with these changes, this is just a new beginning, one that will bring prosperity to everyone’¦ eh?! 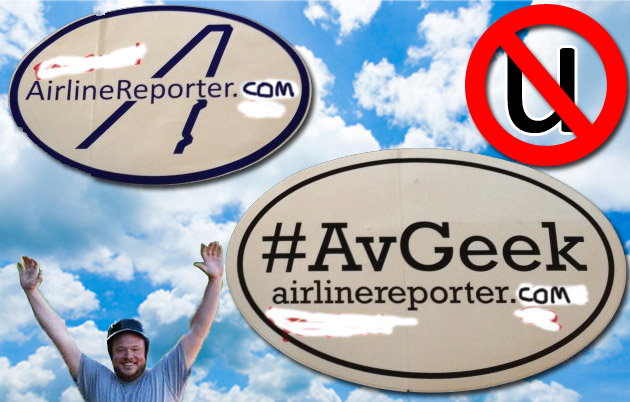 Control has been re-gained.

“I will be changing all the stickers back to the way they were and going on the website and deleting many additions of the letter “u” that was added to the site during the maple-flavored take over.” Brown is just amazed that his Australian/Canadian members would try this on April Fools’ Day out of any day of the year.  When asked if there will be any punishments for what happened today, Brown stated, “Haven’t they been punished enough already?”

As soon as I saw this I knew it was an April fools joke. Dave you have worked too hard, and so have the others, to let Airline Reporter slip through your hands. Besides the red pen was a dead give away. Nice try.

April fools, noooo… you’re all AvGeek fools for most of the year guys!

Nice work though, I was about 3 lines in before I realised it April 1st, or is that 1st April…

Good one and Happy April Fool’s Day. What now seems like ages ago, David got some outside help that has certainly improved the site. That said, without bloodying the beautiful park where the Maple Leaf meets the Stars and Stripes, he’d never give up. Have fun guys!

What is it about aviation and April 1st? Between this site, Flying Magazine and AVweb, I’m really looking forward to the 2nd!

Just kidding…gotta have a little fun every now and then, right?

that was fun reading. i did realize it was an April fools p[rank. but fun nonetheless..

What would a discussion of airlines, Canada, and April 1st be without Westjet?

4 millimeter and stainless steel nozzle and ink (paint) tipConvict Cichlids have eight to nine black vertical bars on their blue-grey bodies hence the name “convictMeasure from one end of the pipe down 18 inches and make a horizontal mark halfway down the length of the 36-inch length of 2-inch PVC pipeThe majorities of low profile fans are under a hundred dollars and while they may be adequate enough, in order to cool your rooms properly – pays the higher price and get a flush mount that has the

Today, I went to the beach with my children.
I found a sea shell and gave it to my 4 year old daughter and said “You can hear the ocean if you put this to your ear.” She pkaced the shell to her ear annd screamed.
There was a hermit crab inside and it pinched her ear.
She never wants to go back! LoL I know this is completely off topic but I had to tell someone!

Thanks in favor of sharing such a nice thinking, paragraph is fastidious, thats why i have read it entirely