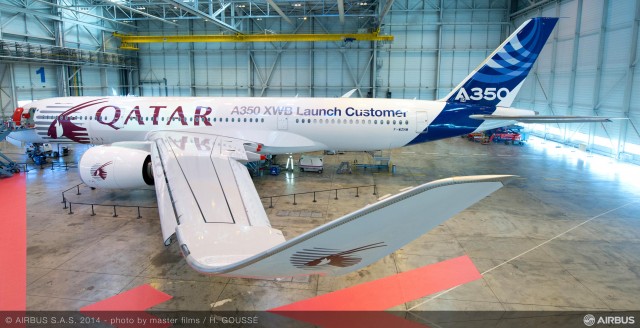 In Toulouse, France this past week, Qatar Airways CEO Akbar Al Baker made a visit to inspect the Airbus A350XWB manufacturing line ahead of the first delivery of the type to the airline later this year.  As Al Baker inspected the A350 line, along with senior Qatar & Airbus management, Airbus revealed a special livery for their latest aircraft (MSN004).

MSN004 was painted in a hybrid Airbus & Qatar Airlines launch customer livery.  Part Qatar Airways at the front, and the standard Airbus livery in the rear, the most noticeable features are the striking Oryx logos, not only on the aircraft body but also on the unique A350 winglets. 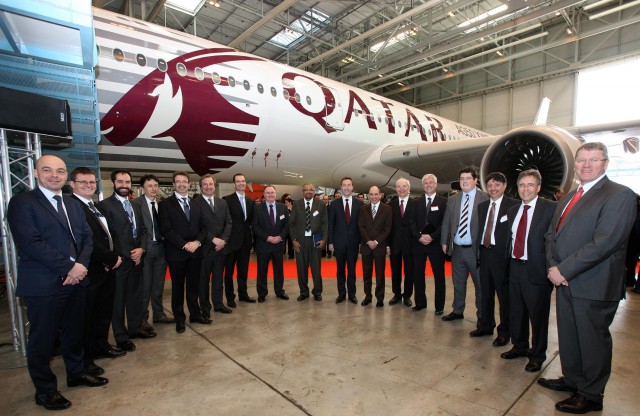 Not only is Qatar Airways the launch customer of the A350; it is also the largest customer for the aircraft with over 80 on order.  Akbar Al Baker said, ’œIt is a historic moment to see this fantastic aeroplane here in Toulouse and to witness all of the hard work that the team at Airbus has contributed into making this one of the finest aircraft in the world. Qatar Airways is proud to be the launch customer for this new aircraft, and we look forward to soon taking delivery of the first of 80 A350s.’ 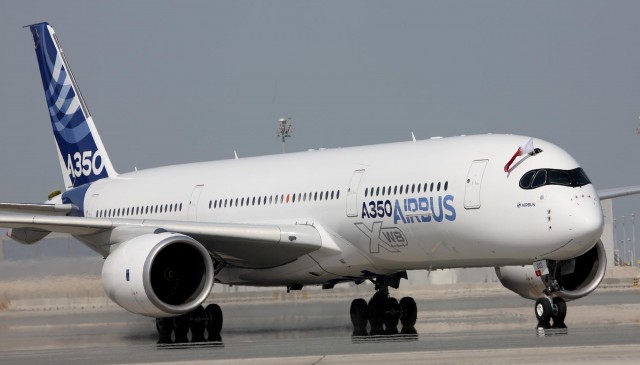 The first A350 to touch down at the new Hamad International Airport in Doha – Photo: Qatar Airways

But that visit was not the only A350 news for Qatar.  With the Singapore Airshow due to begin soon, and Airbus deciding to send one of their A350’s to the show, they decided to make a quick stop along the way.  MSN003 made a stop at Doha’s new Hamad International Airport (HIA) on its way to Singapore, making it the first A350 to touch down in Qatar.

While on display on the tarmac at HIA, the A350 was swarmed by dignitaries and guests, along with senior Qatar Airways staff.  Qatar Airways CEO Akbar Al Baker, never one to shy away from a chance to comment, said, ’œIt was certainly a proud and symbolic occasion for Qatar Airways and our team of air traffic and ground control crew at HIA to experience landing the new A350 at our new airport, as it gave us a unique glimpse into the exciting developments around the corner.’ 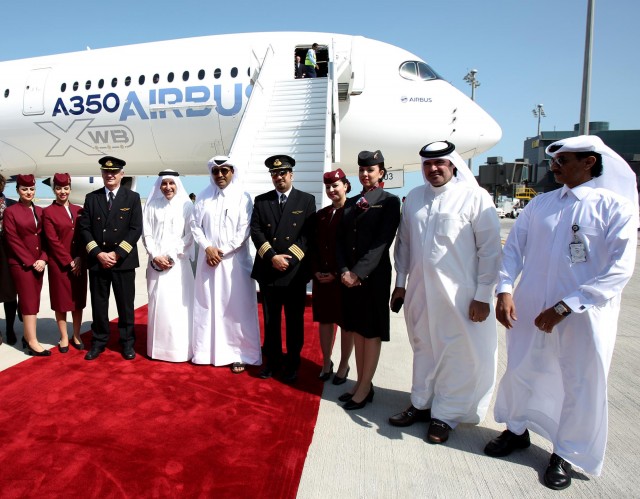 As the A350 continued on to Singapore for the Airshow and left Qatar in its wake, we look towards the future again.  With the first delivery to Qatar Airways later this year, maybe we’ll see the battle between Airbus & Boeing start a new chapter, this time in the mid-size aircraft range.

https://www.airlinereporter.com
Up! Changing the Face of Israeli Aviation
Photos of the Airbus A350XWB in-Flight at the Singapore Airshow