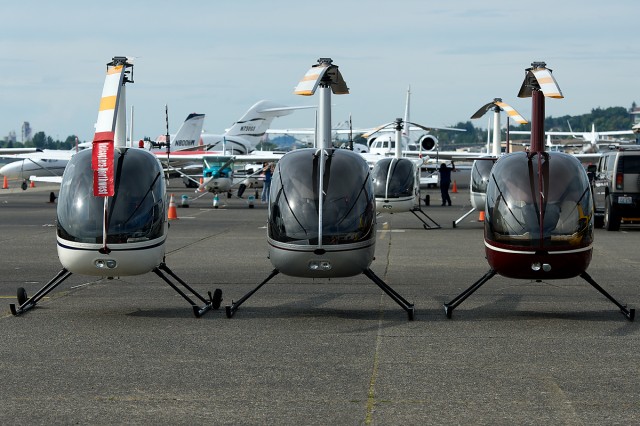 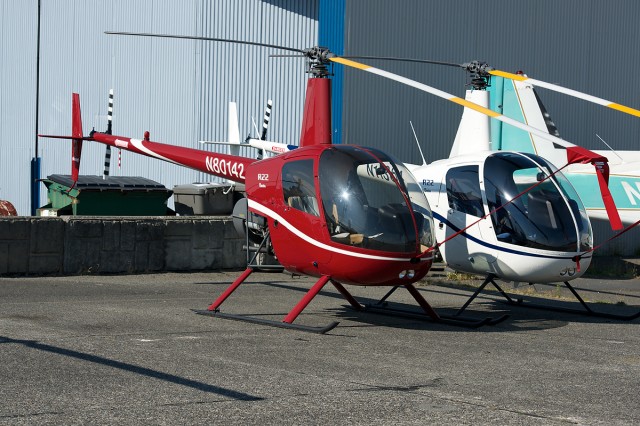 Robinson has been the helicopter manufacturer of choice for training, leisure, and personal helicopter ownership for many. Their R-22 Â series (“Beta” for standard and “Mariner” for the ability to legally affix floats) has set the standard for what it means to be a “light helicopter” in the 21st century. Better still, the doors are removable.

All this can be yours for an MSRP of around $276k.

Until recently, I had never flown aboard (or even next to) anything missing its doors. Honestly, the last time I had been on a helicopter was during the mid-90’s and that was an Eurocopter AS350. The R-22 seemed more like 800lbs of noise, vibration, and fear than an actual aircraft. Rationally, I knew that the tube-based construction was perfectly stable, and that the Lexan bubble canopy was rigid and scratch-proof, but it’s rare to get airborne in something that weighs less than a Smart car. Â It’s disconcerting when you see a helicopter pushed forward by a single person with no more effort required than a common wheelbarrow.

The first time I flew in an R-22, it had spent the day baking in the sun. I asked my pilot whether or not being doorless and ascending would cool things off – he assured me that would not be the case. Â He was right! Â Even with the massive downdraft from the two rotor blades, and the fact that we were at 1200′, it actually got warmer.

Legroom seemed infinite and would be comfortable for even the tallest passenger. There are no seat backs to worry about. I also doubt that anyone would be able to have their feet reach the canopy. The seats themselves are well-padded too. Â It is a comfortable, albeit narrow helicopter.

Takeoff was surprising, as it is not a lateral acceleration that pushes you back into your seat, but rather a vertical acceleration that pushes you down into the cushion. Anyone who has been in a Cessna or similar light aircraft is familiar with the engine and its sound. It is a very automotive noise, probably from the existence of a gearbox. Deafeningly loud? Sadly, no. I mentioned that I am an AvGeek that loves loud aircraft right? 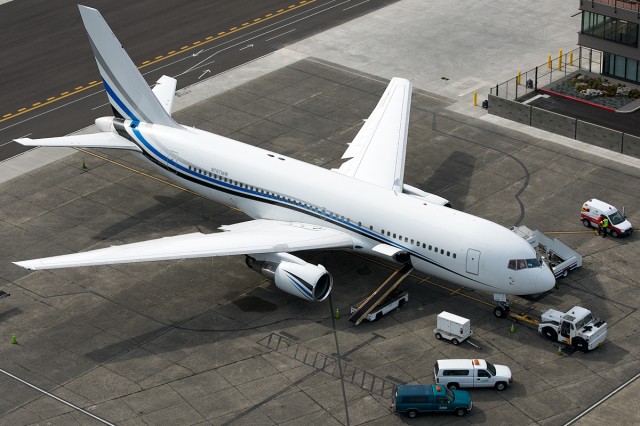 The other thing you don’t realize about flying doorless until you do it is the strength of the rotorwash. Even though you should never hang outside the helicopter, or even put your lens out the doorframe, when wearing short sleeves it feels as if someone is bashing you across your arm with thousands of tiny hammers (I’m guessing that I am in the minority for thinking just how awesome that was). But trust me, it was amazing! Having had this happen twice now, I still would not suggest a jacket during the summer – even though it might offer a small layer of protection, you may get too warm.

BONUS: Exclusive Aerial Photos of the First Boeing 787-9 Dreamliner on the Flight Line

The amazing part would come about fifteen minutes later: Arriving at Paine Field (PAE) from above is much more fun than driving up to the Future of Flight Museum’s parking lot. 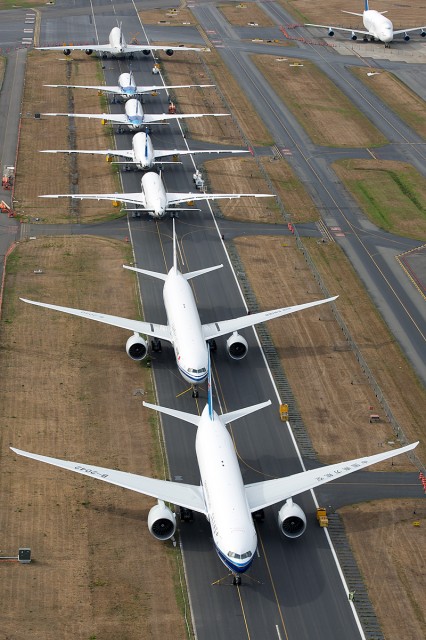 A line of Boeing aircraft awaiting reworking or delivery

It was a truly magical experience. Â There were no more obstacles for shots due to hills, walls, or buildings. Â That being said, what can actually be photographed comes down to factors of pilot assertiveness, accommodating air traffic control, and an empty pattern.

While my firstÂ Classic Helicopters pilot was polite, skilled, and helpful, he had nothing on local aviation legend, and skilled sushi chef, Daiichi “Taki” Takeuchi. With his experience at the controls, we were able to put the little R-22 Mariner through its paces over PAE. Hovers, orbits, and darting over the flight line in between circuit-bashing Cessnas. He made sure that I was able to get every shot I wanted, and even some I had forgotten about until I saw the aircraft from above.

Shooting from a helicopter is just like shooting from the ground. Well, there are a few perks. Cloudy skies are no longer a bane, they merely turn the ramp into a giant lightbox to better highlight the aircraft. The main benefit, however, is that it just feels so exceptionally professional to be shooting from above. 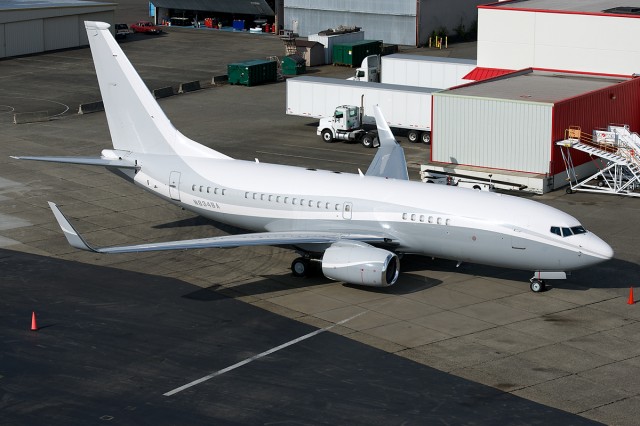 The flight home is always a good experience, what with the stress of making sure I got the shot gone. Â I get to sit back and enjoy the experience of flying doorless for a few more blissful minutes.

https://www.airlinereporter.com
Why Iceland is Not Just a Stopover, But a Destination – PART 1
North America & Frontier Says Goodbye to the Babybus – Airbus A318
6 Comments

Hello fellow AR contributor. Let me say, this is an excellent post. I’ve always wanted to go plane spotting from a helicopter, good to see there’s a service out there for us common folk. Excellent post. Adding to this to an ever growing bucket list.

Good read! Any chance you’d rent one down in Pinal to shoot all those Boeing birds in storage? That’d be some good spottin’!

A great read… I’m coming over to KPAE in a couple of weeks, have got to plan an aerial photo session over KPAE during my trip, so Bill, would be great to speak to you…. Mike, I’ve got a fixed wing flight booked for Pinal for 26th July. Wasn’t aware that Pinal was accessible due to the Neighbouring Apache base but apparently its ok… I will be flying out of Ryan Airfield for Pinal.

Excellent, David…be sure to share some of those shots with us here on AR! Can’t wait to see ’em…have a safe trip!

I’d be happy to! Do any of my readers know the name of a good helicopter company down there?

Bernie and anyone else, I operate Everett Helicopter NW here at KPAE, any time you want to shoot out of an R22 give me a call. We can save you the .8 travel time from KBFI. 425-353-9602 or email EverettHelicoptersNW@gmail.com. I have over 1200 hrs flying photogs in the R22.