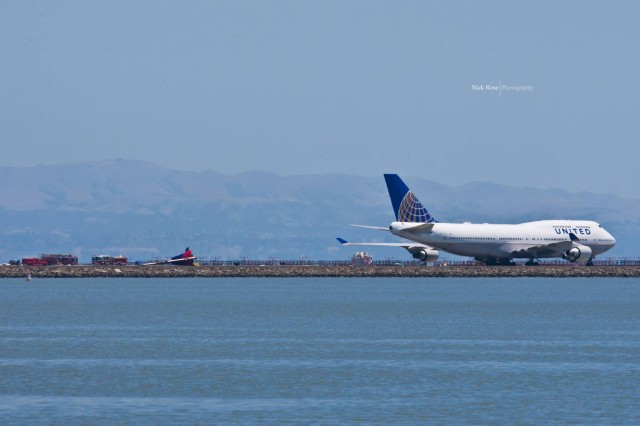 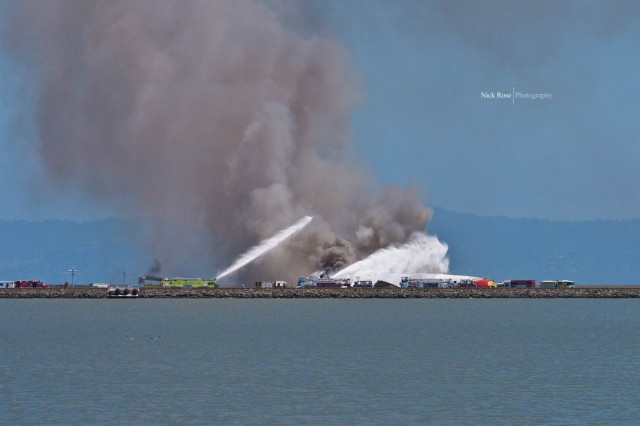 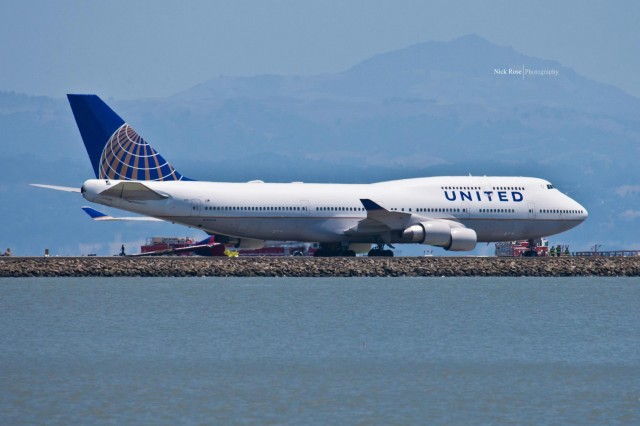 This United Boeing 747-400 was waiting for the Asiana flight to land before taking off. Photo by Nick Rose. 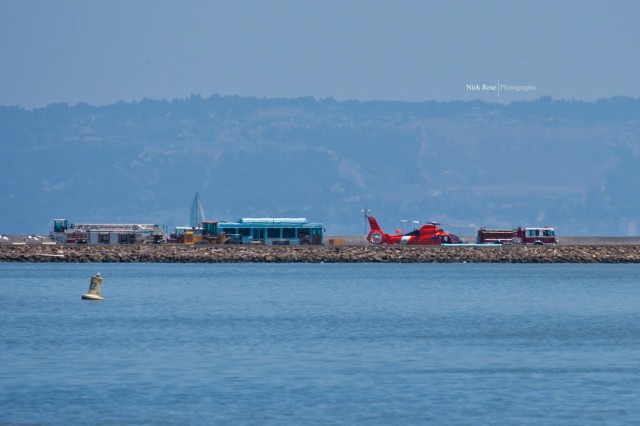 A Coast Guard helicopter lands next to the wrecked airliner. Photo by Nick Rose. 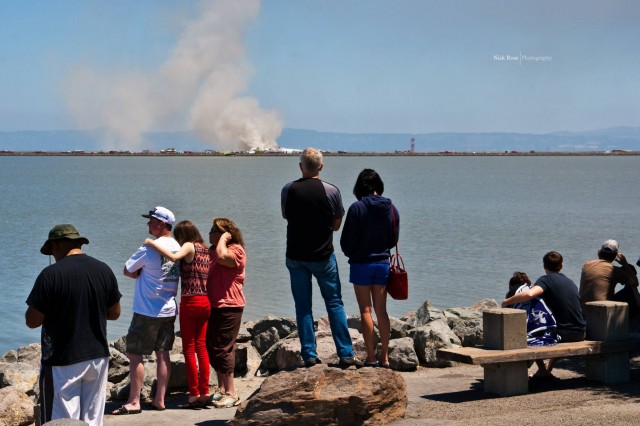 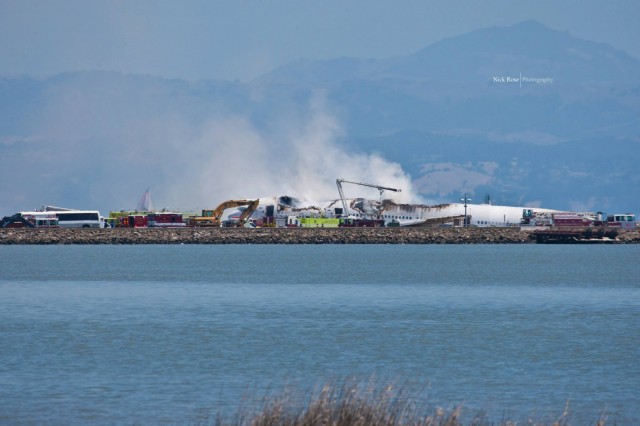 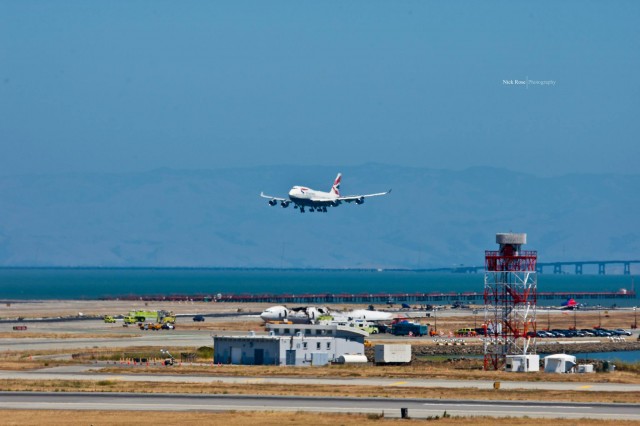 See more of Nick Rose’s Asiana Airlines Flight 214 photos on his FaceBook page and be sure to like his photography page.