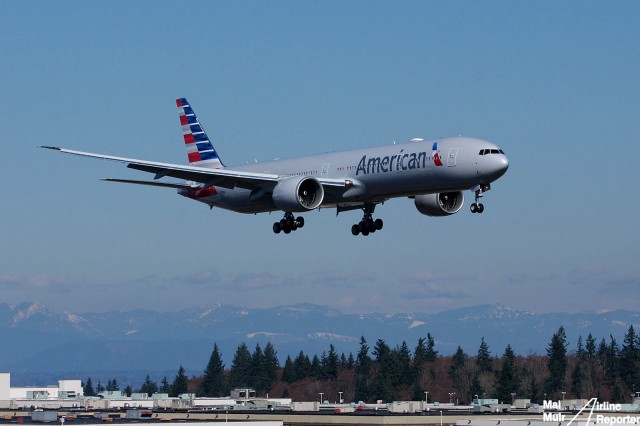 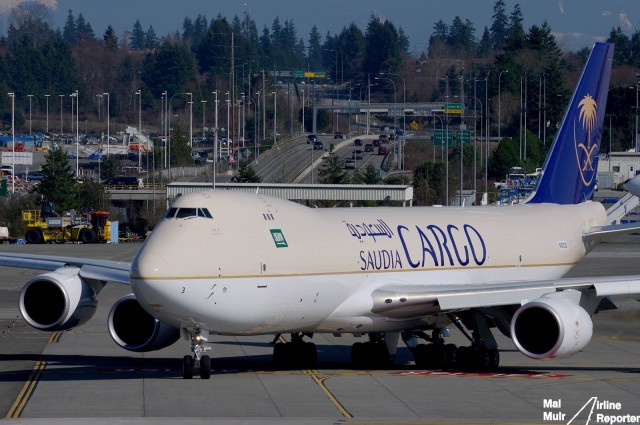 Great pics. Curios….did the Saudia have an N number on it (and if so, what was it) or was it already registered to Saudia? Reason for curiosity…is it really a Saudia plane or is it an Atlas plane in Saudia colors?? Thinking the tail number might be N854GT??

Definately had an N rego but nothing to do with Atlas. Rego was showing as N5023Q which was the registration that Atlas Air was to have. But it is most probably going to change to a Saudi rego before delivery I would assume.

The Saudia Cargo is a 747-87U F, c/n 37562 l/n 1429, and should have been the 1st one for Atlas Air as N850GT. However Atlas refused the 1st 3 aircraft because they weren’t up to spec (weight/range problems – there are still 2 early Cathay Pacific ones stored at PAE for the same reasons). It was re-regd N5023Q prior to ff back in January. When delivered to Saudia Cargo it will become HZ-AK13.

Thanks for that Ken. Saves me the hassle of explaining it all out. Although I was wondering what those CX Freighters were doing there and if they would ever move…. ever.

N5023Q is a “dealer tag” owned by Boeing so it hadn’t been handed over to the end customer yet…could be Atlas or could be Saudia. Will be anxious to know. Atlas is due for a few more Dash-8’s any day now.

These are great picture!!!

Spot on, Mal. You Nailed it with that last shot. Keep sending us the good stuff and thanks.

Great shots. I am looking forward to getting some of my own in a few weeks up there.

Question: I have seen a few different people finding out that certain planes would be flying at certain times. How do you find out? Is is just a matter of using FlightAware, or is there some other better source specifically for Paine Field?

You will love your time around Paine Field but my biggest thing is be prepared to wait!

But the hardest thing is that there isn’t really a source to tell who is flying. Flightaware will be your friend on the day but it’s not all that accurate or ideal with test flights. To be able to tell what aircraft is what I use the BOE flight number from FlightAware and then correspond that against the Puget Sound Test Flight Blog though again this is not always accurate as it may be a day or two behind. But its better than nothing

It should be “the holy grails” not “the holy grail’s”, in the last sentence of the second paragraph, although it is not a metaphor I would use for what you are describing. Perhaps “the icing on the cake” or some reference to a “home run” would be better.

I am no longer sure the place you are getting your information, however great topic.

I must spend a while finding out much more or understanding more.
Thank you for great info I used to be on the lookout for this information for
my mission.