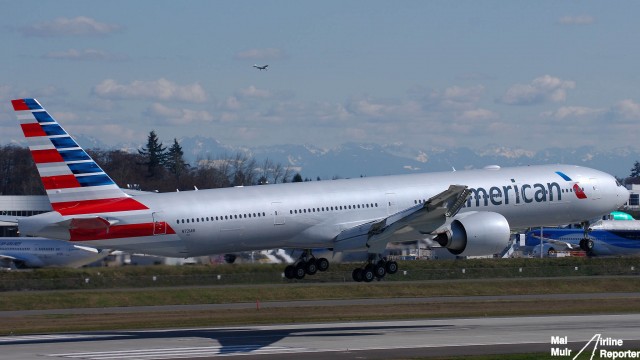 Who wants to get up at 3:00am, head to the airport, take a flight to JFK, then a flight to London and return back to Seattle all in under 40 hours? An AvGeek, that is who.

I will be doing just that starting early tomorrow morning to check out the Business Class product on board American’s new Boeing 777-300ER. I will be covering the experience live via Twitter and Facebook and of course a story  (or two) to follow up.

AirlineReporter.com has been covering quite a bit on the exterior of the “New” American and time for us to check out the new interior. I am excited since this will be the first time I get to see the new livery in person.

https://www.airlinereporter.com
Boeing Partners with GE for the Next Generation 777X Testing
VIDEO: An Antonov AN-124 Visits Paine Field