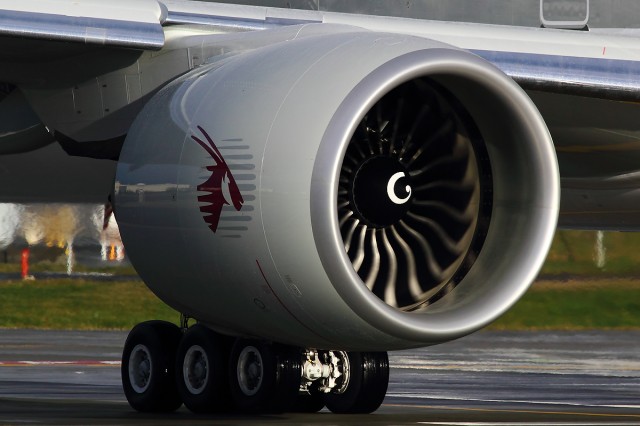 https://www.airlinereporter.com
Mileage Runs: Why Do People Fly Just for Miles? LEG 1
FOLLOW ALONG: Flying on American’s 777-300ER on Monday
7 Comments

the engineers and managers who designed and produced the 777 and 737NG are retired, and the 787 was a abomination by the young lions now ruining the name of boeing.
so do what degree of confidence do you believe that the new breed will not screw the pooch on the 777X?
it is obvious by their posturing on the battery problem that they think the FAA will just roll over again and let them fly an unsafe airplane.

I am guessing there were folks like you with the Boeing 247, the 707 and the 747. There are always risks with taking the next leap in technology.

you don’t think that the 777 was not a giant leap for boeing? a large twin, over 500,000 lbs, requiring engines with thrust never imagined? yet, the overall effort came done on time, somewhat over budget-not the engineers fault, but mullalys. here was an airplane that was not only to crush the A340 series, but to encroach on the hallowed 747 series. you cant be serious, when a fiasco like the 87 is a cardboard rollout, lies that it would fly in 3 months, etc, then how many years later? no, all of the original boeing commercial jets had their birth pangs, heck, the 07 had 3 different body diameters, 2 1/2 wings, yet they never put a jet into service that could self combust.

Respectfully I have to disagree, it was, but with every new type of aircraft you are always going to take a risk. The 777X will be easy cause it is based on the 777. Similar to how the 747-8 was flawless for the most part, it is just update to a nearly perfect design with advancements.

The 787 is completely new and industry leading changes to the design, to try and say that Boeing hasn’t learned things from it is very inaccurate, look at how many things that Boeing has already said it is changing on the -9, from less out sourcing to other changes that it has just learned from this process. Boeing will overcome this and make an even better airplane out of it, but there is no need to bash the aircraft. It is safe and I will say with confidence I will not have second thoughts about getting on it and will in fact be getting on one as soon as possible.

you miss the whole, main , point. 1st, the real Boeing would never have released the 87 into service with a battery it did not know what caused the fires. 2ndly, the young engineers who came up with the 87 design (separate from the bad managers who forced an impossible schedule on them, and then outsourced the production) set their inexperience and priorities on the wrong things. so the basic 87 is poorly designed.the lack of time in the schedule to properly R&D and test teh new technologies, including teh composite structure and how to model it, ended up with an un proven and risky plane, which never should have been put into service. didnt the 3 odd year delay since rollout tell you anything?
before you so galantly fly on that pig, please take out a flight insurance policy for your wife and kids.

This is again where I have to disagree, Boeing flew a 1500 hour test program inflight along with a couple thousand ground test hours and never once saw this issue come up, the fire issue it had in the test program was due to a tool being left behind creating FOD that lit it up. It is hard to say that this should have been found in testing when they weren’t able to create it.

Also the issue with the original delays was that they decided to build the aircraft from around the world. It is hard to bring a plane together when it is being built in different spots, however that issue has been fixed now.

Normally I do not learn article on blogs, however I wish to say that this write-up very compelled me to check out and do so!