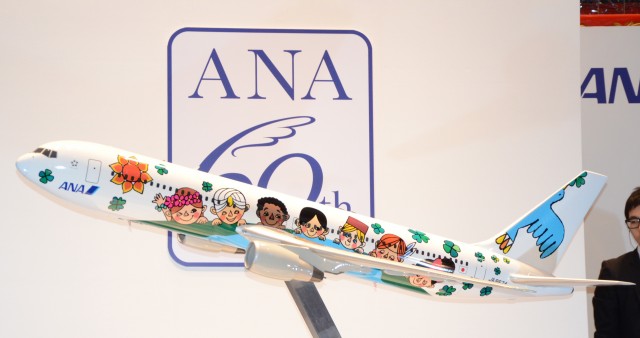 Pretty cool design. Looks better now that it’s on a model.
Look forward to it coming out.

I did have “it’s a small world” going through my head – but in a good way: I find that a very befitting message for an airline, and a cheerful one, too.