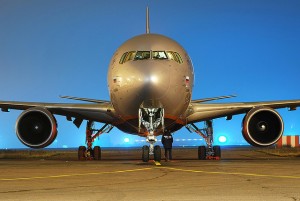 About a year ago, I wrote how Aeroflot was to sell all their TU-154’s and replace them with new Boeing and Airbus aircraft. At the time Aeroflot’s chief executive, Vitaly Savelyev, stated he wanted to get more efficient planes to save on costs and jobs.

Aeroflot is currently in the process of taking over management of six other Russian airlines that aircraft are very outdated. Putin is strongly urging Savelvev to look at Russian aircraft options. Currently Aeroflot’s fleet only have six Russian-built aircraft, all Ilyushin IL-96’s. The rest of their fleet consists of 11 Boeing 767’s, 10 Airbus A330’s and 64 Airbus A320’s.

Aeroflot is looking to purchase Sukhoi Superjets, Antonov An-148’s and United Aircraft MS-21’s. The problem is only the An-148 is currently flying and is a small aircraft only holding up to 100 passengers.

I can see both sides to this argument. Putin is mostly concerned about national pride and providing Russian jobs and Savelyev wants to build a profitable airline. It will be interesting to see how Aeroflot grows with additional mergers and pressure to buy domestic products.