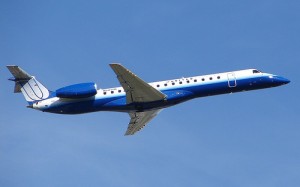 The United Express flight was flown by Trans States, but I feel both have some fault here (I am working on a blog talking about my feelings of regional carriers and the legacy airlines that put their names on them). In the most recent incident, Ginger McGuire was taking a United Express redeye  from Philadelphia to Dulles, when she fell asleep mid-flight. A cleaning crew woke her up at 3:50am, over three hours after the flight landed.

https://www.airlinereporter.com
Checking Out Delta Air Line’s DC-3, Ship 41
Free Food On Horizon Air (you just have to look at an ad)
11 Comments

Is it so bad, David? I guess no… Don’t you think your opinions are contributing to make a “storm in a teacup”? Think about it!

I think leaving a passenger in an aircraft is bad. It is horrible. Not just poor customer service, but the think about the safety. So much money is spent on safety and what good does is it if people are left on airplanes? What if it was a child?

However, people are human, mistakes are made. This is why I would like to see United be given the opportunity to make this right before we talk about suing.

Ah, clearly an American. Sue! Sue! Sue! I’m not so sure there is a lot of trauma involved in this case. Give her a ticket good for anywhere in the continental US and call it a day. Retrain the flight attendant and the ground crew at PHL.

I could (cynically) point out that after a long nap, this woman was better suited to drive home or wherever than if she had never taken the nap at all.

Is it not common practice for crew to check the aircraft before they leave. We had to do a full cabin check (galleys, toilets, seats, trays and pockets) so we could ensure that pax had left nothing behind before we deplaned.

It surprised me when I flew yesterday after reading this story, I was wondering how you could not wake up on landing. Then my seatmate did just that.

I think it is part of her responsibility too and she overreacted by suing the airline.

I think it was planned..
One cannot be locked in an airplane – the doors are only sealed (Locked)
in flight.
On landing, she hid in bathroom.

What a stupid woman! Does she not think she is responsible for her own actions? Another example of American sue and try and get some money attitude. If it goes to court the judge should throw it out and recomend that she be sued for wasting public time and money.

On a school bus, it’s required that a driver physically inspect each seat to look for remaining children and then hang a “bus empty” sign on the back window. Maybe flight crews need to do the same.

How can someone sleep through over a hundred people marching through the planes aisles with their handbags and luggage plus the consistent start up tunes of mobile phones being switched on. You’d have to be knocked out cold to sleep through all that commotion.

Unfortulently it happened again in 2019 in Canada. 🙁 I am a very deep sleeper and my mom needs all the force she has to wake me up. So I believe these stories!
I am suprised that not even a passenger thought to wake her up…