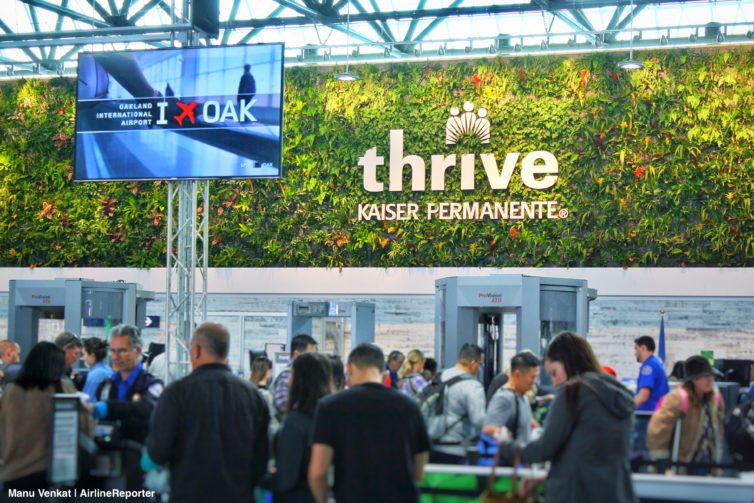 No matter how much you love flying, you’ve got to admit it can take a toll on your body and mind. Arriving at the airport late is stressful, TSA security checkpoints are hectic, and airplanes are dry. Air travel can bump your blood pressure up a few points and leave you feeling exhausted and dehydrated. And with chronic diseases like high blood pressure affecting tens of millions of Americans, those increased stress levels can definitely do some damage.

Oakland-based healthcare consortium Kaiser Permanente, which cares for millions of Americans, recently helped Oakland Airport redesign its Terminal 2 TSA security checkpoint to make it a more wellness-oriented space. With new H20-to-go machines, outdoorsy imagery, and even a massive living wall, we think they did a pretty solid job. Read on for more photo highlights!