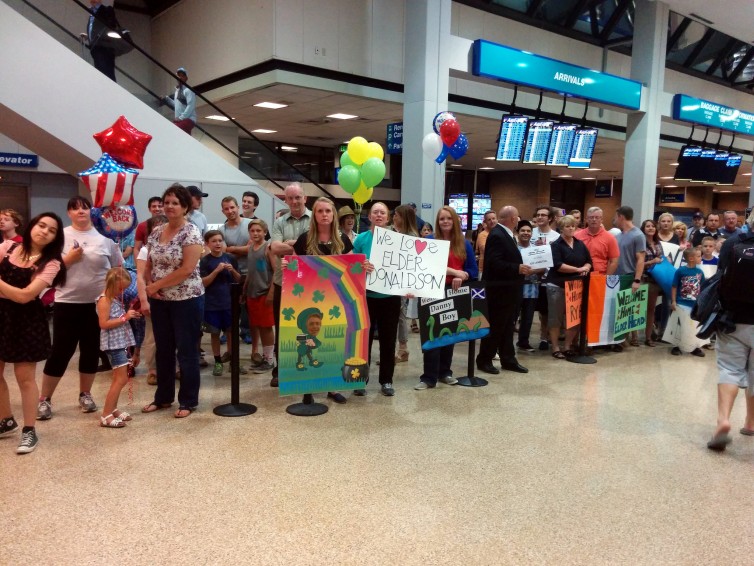 I like flying, but it is also tiring. If I have had a few connections (perhaps some missed connections), a bumpy flight, long layovers, or an extra early wake up call, I’m worn out. When I land, I just want to get off a plane, grab my bags, and get home. I really don’t want anything to get in my way. As I’m walking down the concourse, the last thing I want is for people to hinder me. Get out of my way! You’re not here to greet me.

But, let’s consider both sides of an issue – how should groups behave as a welcoming party at an airport. Sure there are some single folks waiting for their loved one and you also get the families waiting for a child flying by themselves. Going a bit larger (and louder) you can find military service members, who have been gone for a long time, receiving a wonderful “welcome back.” All these people are deserving of welcomings, but can it go too far? How can an airport make it a win-win for everyone? And is there a limit where people should be respecting other passengers? Let’s take a look at an airport close to me, the big homecomings at Salt Lake City International Airport.