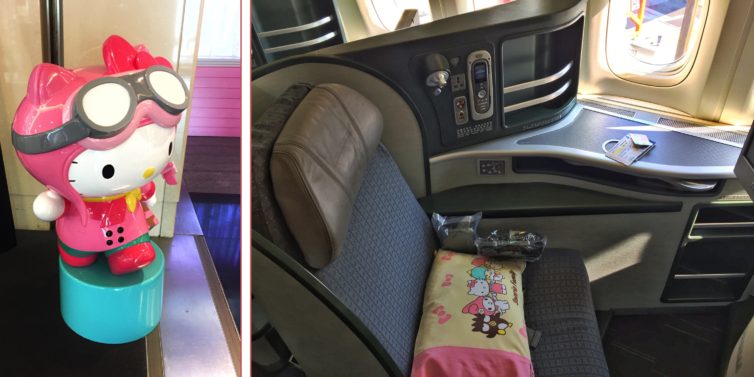 I was recently down in Houston to welcome EVA Air’s firstÂ flight, a Boeing 777-300ER, with a new Hello Kitty livery. After all theÂ hoopla for the inaugural, I had a few hours before flying toÂ Taipei, in Royal Laurel (aka business class) and I was excited. The Hello Kitty theme runs much deeper than just the fancy livery, and wanted to see what the full flight experience would be like.

By the time I arrived back at the airport, at about 10:30 pm, I had last showered at about 6:00 am and was about to take a 15hr 40min flight. My goal was to shower before departure — not just for me, but for those who would be flying aroundÂ me.