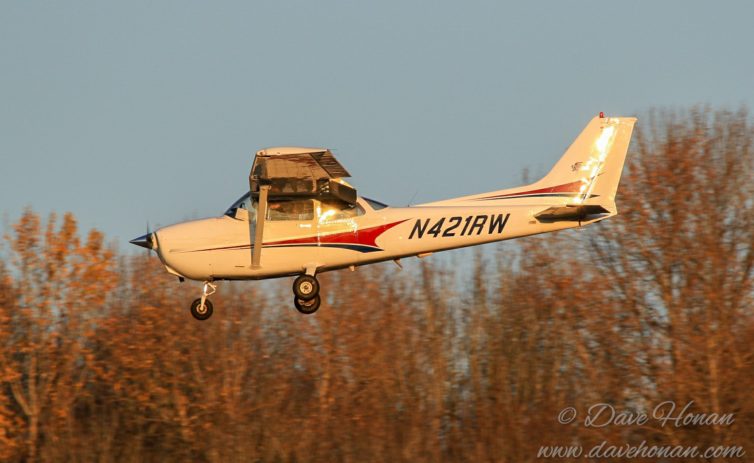 Doing this was the culmination of a lifelong dream. Unlike a lot of airplane nerds, I don’t have any close family with ties to aviation. Instead, all of this started for me as a boy – my grandmother would take my brother and me to our little local general aviation (GA) airport in western Massachusetts, where we’d lie on the hood of her ’69 Beetle and watch skydivers while eating ice cream. My interest in planes waxed and waned over the years, but never really went away. There was a time when *gasp* I was afraid of flying – my first-ever flight experience was a very turbulent series of flights down the Atlantic Coast in the height of summer that put me off flying for a long time. 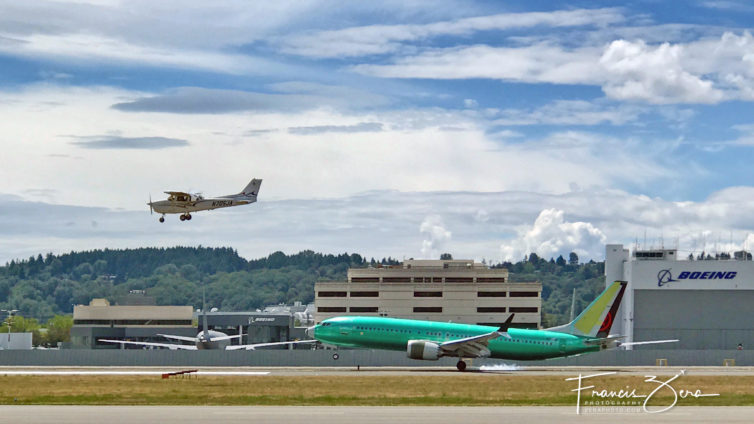 Always lots going on at BFI – that’s an Air Canada B737 MAX 8 fresh from the Renton plant, landing next to one of Galvin’s C172s

A few weeks ago, I completed the written pre-solo exam and Cessna 172S checkout paperwork. Both tests are specific to Galvin’s flight school/rental program. The former test covered lots of flight-safety topics, while the checkout test covered aircraft-specific things like performing weight and balance calculations, flight planning, fuel consumption, takeoff and landing distances based on hypothetical weight and balance figures, and so on. 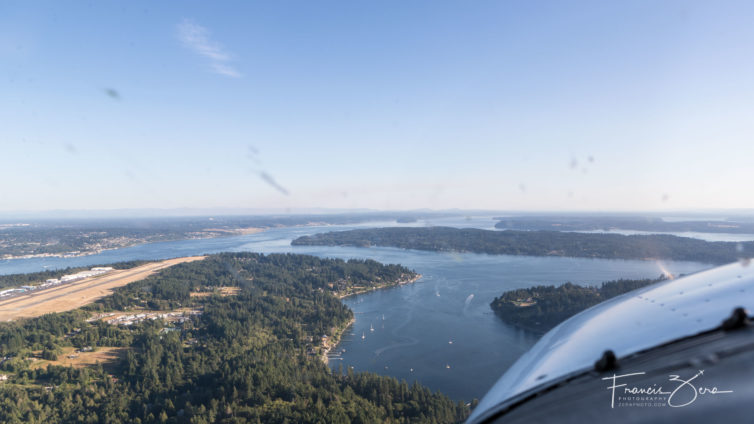 Taking a spin around the west side of TIW (Tacoma)

I’ve had to back off the frequency of flight training a bit; this is definitely an expensive exercise. I’ve gone from flying two or three times a week to three times every two weeks to stretch the budget a bit. This is, based on conversations with fellow students, also nothing out of the ordinary.

That pacing, though, has made me feel like my skills have been stagnating a bit. I had a frustrating flight a week or so ago, where nothing seemed to go smoothly and my memory of the required procedures needed refreshing by the instructor, rather than my just doing them without prompting; it was disheartening.

There have been a couple of flights like that. 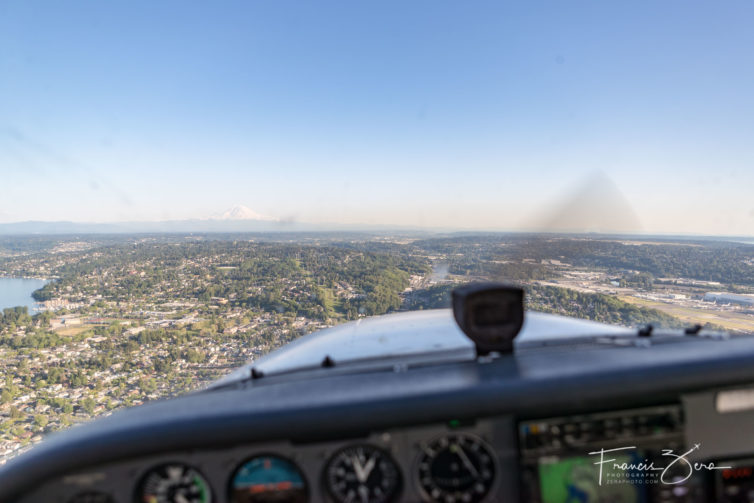