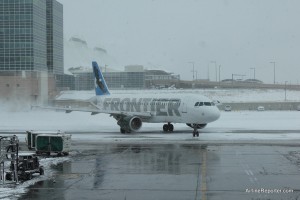 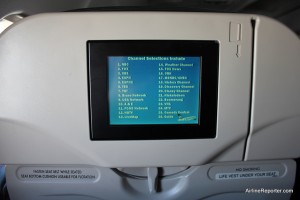 One of the fun parts of flying on Frontier is wondering what animal will be on the tail. Every airplane in Frontier’s fleet (well, those with a Frontier livery) have a unique animal. If you don’t catch the animal on the tail or can’t view the animal on the inside of the winglets, there is a nice big image of the animal when you walk into the door and the flight attendants make sure toÂ announceÂ which plane you are on. I got Mustang Sally on the flight down and Freedom the Bald Eagle on the flight back. I think it is pretty neat for each aircraft to have a different overall livery and I would have to imagine it is even cooler for kids.

The airline was extremely helpful and quick with helping me with my canceled Aspen flight. I wasn’t sitting at the gate for my flight, but kept updating my phone with the flight status. The second I saw it said “canceled” I headed to one of the many customer service desks located around the airport. I imagine this was much better than going to the gate, since no other flights wereÂ  canceled at the time and there was no line at the customer service desk. The woman confirmed there were no other flights to Aspen from any airline going out that day and started looking for the next day. I asked if I might be able to just fly back to Seattle and she got me on the next flight — which was scheduled to leave in 45minutes for no charge. 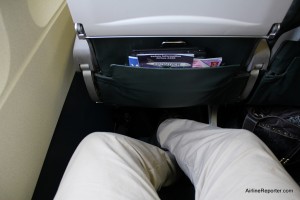 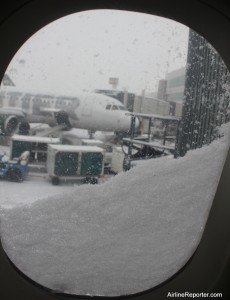 When watching the TV, I found the controls on the arm rest quite annoying. On more than one occasion I ended up changing the channel with my elbow and I could imagine if you are in the middle seat, it being worse.Â  I kind of wished they had the controls on the seat back, but of course that could make people pushing on your seat back a bit too hard. Not a deal breaker by any means. 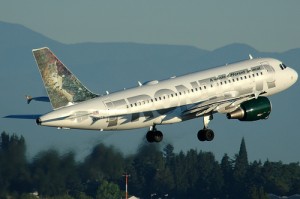 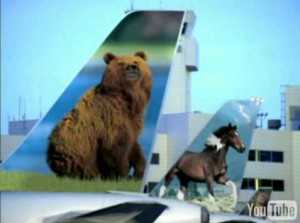 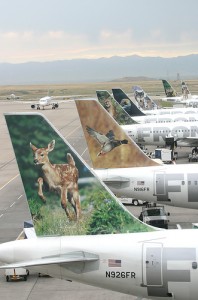 If this all goes through (the shareholders still need to give their approval), it will create a very interesting airline. Â Republic already serves as a regional carrier for larger airlines (AmericanConnection, Continental Express, United Express, US Airways Express and Delta Connection). This summer, they purchased Midwest to expand their fleet and routes. Knowing how Republic works, I doubt they will combine their airlines under one brand. They have already talked about moving aircraft between Midwest and Frontier, but for now, the cute animals get to stay. I am sure there will be some consolidation between the airlines to save money, but probably for most people it will look like two separate airlines.