Tired of boardling last while flying coach? United has your cure, for nine bucks.

Note: This story was written earlier in March,Â but we opted to hold off a bit before publishing it so we wouldn’t look like insensitive clods in light of United’s recent, um, customer service issues. They seem to be coming around and hopefully this will make things even better â€” Eds.

As of March 2, 2018, passengers flying in anything other than basic economy with United Airlines can purchase “early boarding” for nine non-refundable bucks, a la American Airlines. The fee allows travelers to line up when the gate agent calls for boarding group two. 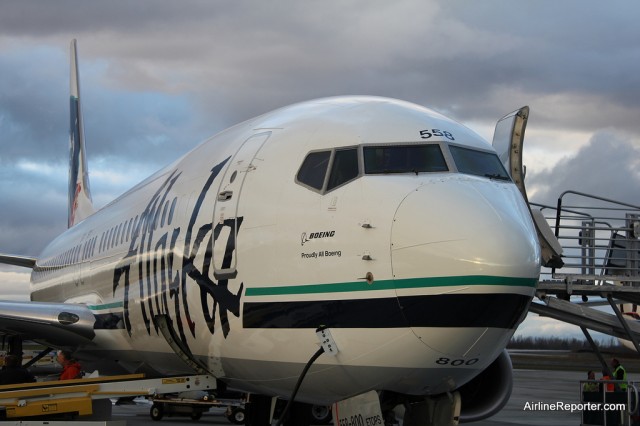 Hearing that an airline is increasing fees doesn’t really mean much anymore, since it is common news. It has worked out well for airlines to increase their profits and although passengers complain, they continue to pay them.

Alaska Airlines is planning to increase their checked bag and change fees near the end of this year. The new change fee will go from $75 online and $100 over the phone to $125. Passengers who make their changes 60 or more days before departure will receive no extra fees.

Currently, a checked bag will cost $20, but that will be increased to $25. A bigger increase are additional bags which will go from $20 per bag to $25 to a second bag and then $75 per bag after that. Â However, with the increased fees, Alaska is sweetening their Baggage Service Guarantee.

Unique to Alaska Airlines, if your bag does not arrive at the luggage carousel with-in 20 minutes of your aircraft arriving to the gate, you will receive a reward of sorts. Either a $20 discount code for future Alaska Airlines flight or 2,000 Alaska Airlines Mileage Plan bonus miles. As Alaska increases their fees, they will also increase the amount passengers will receive. The time still remains at 20 minutes, but if a bag does not make it in time, passengers will get either a $25 discount code or 2,500 Mileage Plan Miles.

Recently, I was able to sit down at my local NPR studio and talk with Tess Vigeland about airlines and their fees. Previously, I wrote a story on how it makes sense that airlines, like Allegiant and Spirit, charge fees and how they aren’t that evil. Not that many people are fans of my thoughts on fees, but it is important for people to realize that they have a choice in what airline that they fly (on the most part) and voting with your wallet is the only way that policies will change. If you play your cards right, ultra-l0w cost carriers can provide substantial savings.

As for now, people have been voting by flying on Allegiant and Spirit more (my previous story shows the numbers), so why would they want to change their policies?

Anyhow, listen to the story above or read part of it on Market Place’s website.

Yes, I realize that some passengers do not have many choices at their closest airport. However, there is a reason why other airlines are not able or willing to fly into those airports — they can’t make it profitable. So, you are either stuck with an airline that charges fees, one that runs turbo-props or youÂ  take the bus.

When asked how Spirit Airlines views its fees, Misty Pinson, Director of Spirit Communications, told AirlineReporter.com, “Our ultra low fares with optional add-ons are very consumer friendly. We give customers the opportunity to save money with our low fares and give them the power to choose the extras they want, and they only pay for those they use rather than being forced into paying a higher fare that includes extras that they donâ€™t even want or use.”

If you were an airline and Â wanted to make profit (when it comes down to it, that is what every airline wants right?) and you have this business model that makes you profit, while you continue to grow your passenger load, why wouldn’t you do it? There is obviously enough demand for airlines like Allegiant and Spirit to exist with otherÂ  domestic carriers Southwest, Alaska and Virgin America as well.