Let’s start out with the obvious: it’s been a rough few years for United Airlines. Amidst a choppy merger, a CEO ouster scandal (then the new replacement CEO having health issues), and an awful economic climate for the industry during most of the decade, the Chicago-based airline’s public perception took a big hit. It has become pretty clear that major change is needed to win over the hearts and minds of the American flying public.

Over the past year, United has unveiled a number of updates, including the return of free snacks in economy, beer and wine in long-haul international economy, the continued rollout of WiFi, increased direct-to-device streaming entertainment, refreshed menus in premium cabins, and improved United Clubs. Some updates have gone into effect already, while others will be rolled out gradually during this year. 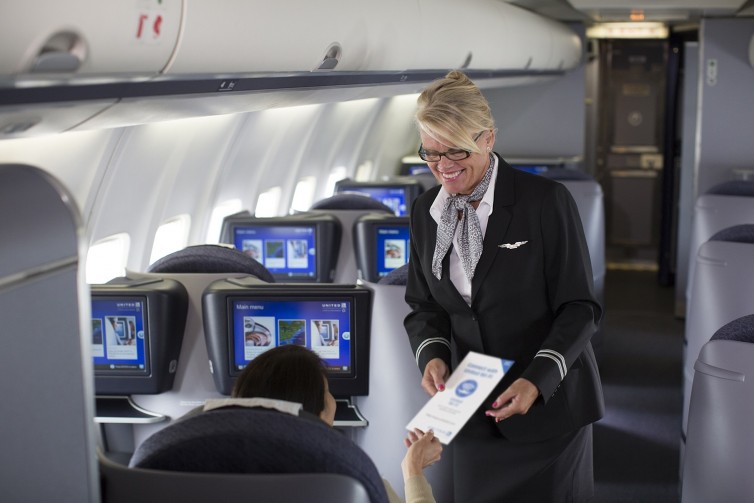 One major structural change in 2015 was United’s withdrawal from JFK Airport, which had previously served as the New York terminus of the flagship domestic Premier Service (p.s.) routes from San Francisco and Los Angeles. As of October 2014, those flights now land at United’s massive and ever-expanding hub at Newark Liberty International (EWR). On the other coast, United has also been investing in its Terminal 3 hub at SFO.

Recenty, I was booked to fly on TAP airlines from Newark Liberty International Airport (EWR) to Lisbon Portela Airport (LIS). On my way there, I flew on their Executive product (aka business class) and on the way home, I flew in economy.