Less than a week after coveringÂ American Airlines’ launch of their new Los Angeles-Sydney service, I found myself onboardÂ Flight 73 on a last-minute holiday down under. The route featured American’s flagship Boeing 777-300ER, withÂ my personal-favorite business class seat. In spite of holding status on both American and Alaska, whichÂ would entitle me to at least a little bit more legÂ and elbow room in coach, I willingly (!) chose to sit in a regular economy seat for a 15-hour flight… and managed to survive. Â A feat made even more impressive (or harrowing, depending on your point-of-view) by the fact that I was accompanied by my wife.

Now, I’d like to claim credit for taking one for the AirlineReporter team and be able to gloatÂ for makingÂ the trip, but I’m not as magnanimous as my colleague JL, who flew a Spirit Airlines Bare Fare “for science.” There were very strategic, practical, and self-serving reasons forÂ booking seats behind the curtain instead of in front of it.

I’m splitting my experience into two parts:Â first, about why I chose economy (this time), followed up withÂ my actual flight review of American’s economy service to Sydney. 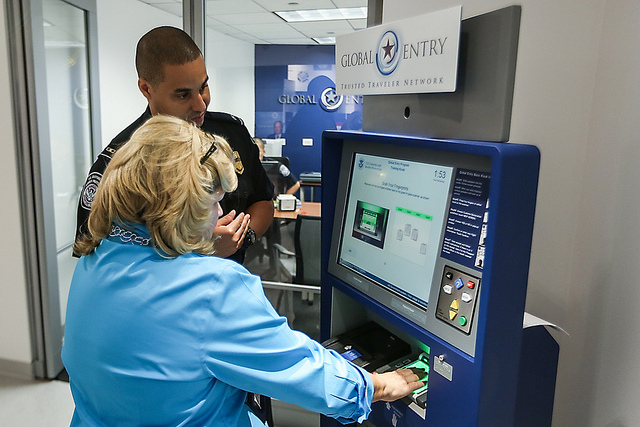 What is the difference between customs and immigration is a great question. It is also one that a reader asked Steven Frischling over on his blog Flying With Fish.

“While many nations have merged Immigrations and Customs into one larger agency, such as US Department of Homeland Security and Canadaâ€™s Border Services Agency, their roles are quite different at the airport.

In short, here are the roles of the Customs and Immigrations” â€¦ CHECK OUT HIS BLOG TO READ MORE