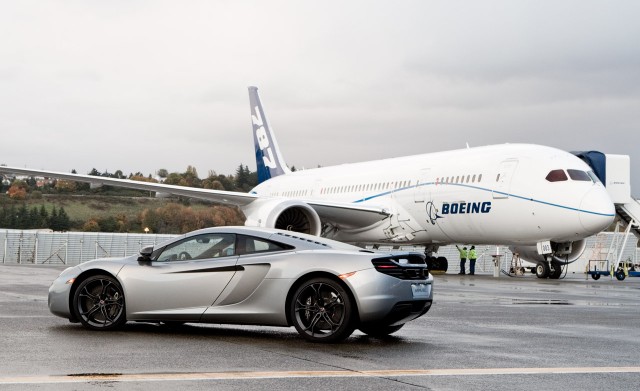 How does a car guy fall in love with aviation? Perhaps it’s actually the other way around. Maybe I’ve always been an aviation guy, briefly grounded by the allure of the automobile.

For the first six or seven years of my life, my lone obsession came in the form of Superman. I wore the outfit three Halloweens in a row. I remember leaping off the couch in the blue costume so my red cape would flutter, ever so briefly, as my feet touched neither couch nor floor. In those moments, I flew, just like the Superman I’d see in the movies.

The plane took off and I saw the world beneath me shrink as the sky grew. I virtually climbed the windows trying to see everything outside, but kept getting drawn back in by the pilot’s motions on the equipment inside the plane.

I don’t even remember how I responded but before I knew it I held the yoke in my small hands and the pilot held his hands in the air.

’œYou’re flying an airplane,’ he said.

Flying and airplanes were the focus of the rest of my childhood. I remember meeting captains on board 737s on family vacations and I remember going to the airport and sitting in the terminal as a teenager just to see the planes take off and land (back when that was allowed). As an early adult I bought a flight simulator and all the accessories and practiced landing a Cessna at O’Hare. I even took another trip to Oregon to fly in a seaplane, where I again took the front seat and relived that defining childhood moment.

As tends to happen in life, I grew up, went to college and got regular jobs. I became a writer. The adult me became fascinated with cars and car culture, and I’ve spent a good portion of the last five years blogging about cars and the car industry. I still love it.

But I haven’t forgotten about airplanes and never stopped following the industry.

It doesn’t take a big stretch of the imagination to wonder why other car-loving people would fall in love with aviation, too. Check out that picture on top of this story. The one with four wheels is a McLaren MP4-12C, a $240,000 supercar capable of 205 miles per hour and a 0-60 mph time of 3 seconds. That’s as close to flight as any car will ever get (well, unless you count the Terrafugia Transition, but that’s another topic for another time.)