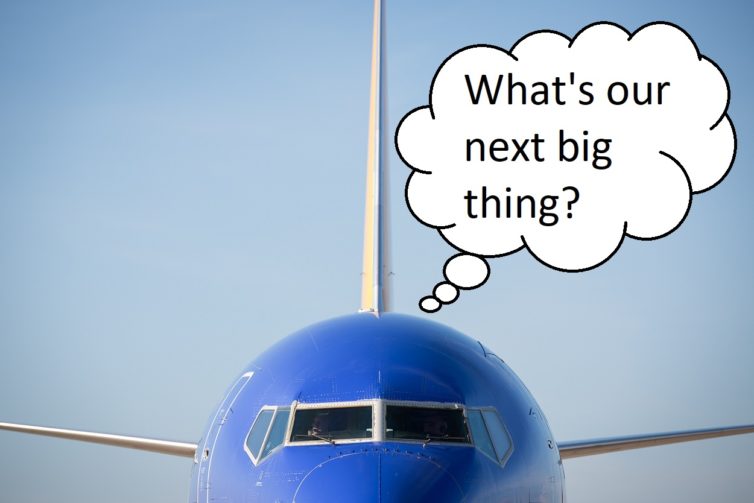 In 2016, I wrote a piece titled Nine Reasons Why I Think Southwest is the Best. For me, those nine reasons stand, even today. I still fly Southwest enough to renew my A-List elite flyer status annually. They are still my first choice when booking travel. There was a time not long ago that I would go out of my way to fly Southwest, and the overwhelming majority of my 20-30 trips a year were with the LUV airline.Â However, I would be remiss not to recognize that my mix of airlines flown is increasingly more diverse.

The airline’s piece of my overall business has been shrinking.Â This is a trend that I’ve been cognizant of on the periphery for a few years now. It is something I have long ignored because so much of what makes me an AvGeek is tied to my love, study, and ridership of Southwest. Many of my best aviation memories are linked to the airline. In December of 2017, I finished my most recent academicÂ pursuit and receivedÂ an M.A. in OrganizationalÂ Leadership. My academic team and I frequently joked I minored in “Southwest Airlines” because so many of my projects focused on the company, their culture,Â and leadership philosophy. All of this, plus gobs of friends who are Southwest employees, IÂ honestly feel as if I’m an honorary part of the family.

I have long kept a wishlist for the airline. Perhaps the implementationÂ of a few of these would help the airline pull ahead of the competition where, in my mind, they have historically always been.Â  Without further ado, my wishlist, presented in David Letterman-reverse countdown style.