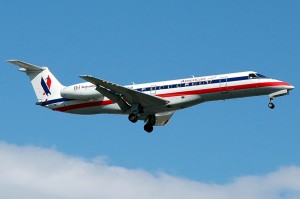 The Wall Street Journal highlighted two recent incidents of pilots on commuter airlines forgetting to start their second engine during take off.Â No one was hurt and the takeoffs were successfully aborted, but forgetting to have your engines turned on it is a huge oversight.

In one case, a pilot for an American Eagle regional jet was flying from Los Angeles to San Diego. He got distracted talking to the control tower and assumed he started the second engine. When trying to take off, he received an automated warning showing the second engine wasn’t to speed and they headed back to the gate. They thought the engine was malfunctioning until mechanics found it was never started (now that’sÂ embarrassing).