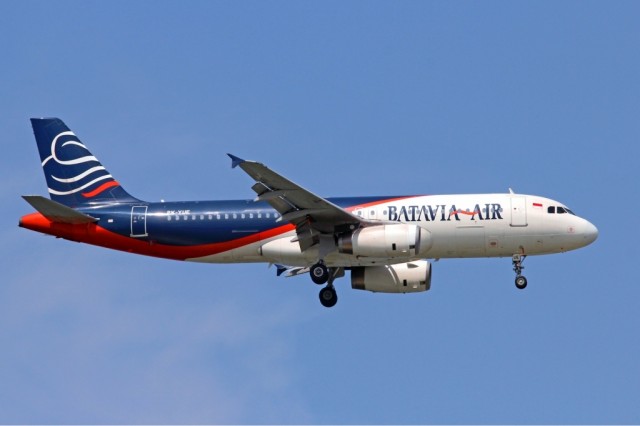 Batavia Air is based in Jakarta, Indonesia and was founded in 2002. The airline mostly operates flights with-in Indonesia, but also to China, Malaysia, Saudi Arabia, Singapore and Timor-Leste.

Their newest livery is a nice combination with a front white fuselage, but colored tail. Their previously livery looks familiar, with a bit more white, but with the aircraft type clearly labeled on the side. However, nothing is quite as classic as their original livery with a double cheatline.

Allegiant’s first Airbus A319 (HB-JZK / N301NV) after being painted to their livery. Image from Allegiant.

Earlier this year, Allegiant Air announced that they would be adding 19 Airbus A319s into their fleet. The one seen in this story was recently painted in United Kingdom Southend (SEN) and previously wore EasyJet colors. It currently shows registration number HB-JZK, but when put into service, this aircraft will most likely be wearing N301NV.

Their first A319 is scheduled to be delivered Q1 2013 and in operations Q2 2013. After it is delivered, the aircraft will be used for crew training.

Allegiant is configuring their A319’s in a high-density, 156 economy seat layout. The double exit doors over the wing shows that this aircraft is able to handle the 156 configuration (most A319’s with a single exit hold 134 seats).

One thing you might notice in all the photos is it doesn’t include the nose cone. I expect that is because the aircraft does not currently have a nose cone as seen on Skyliner-aviation.de. I am quite confident that it will have one soon.

I have to say that I love Allegiant’s livery. I think it looks best on the Boeing 757 and it is a bit squashed on the A319, but still looks slick.

Thanks Ken for the heads up! 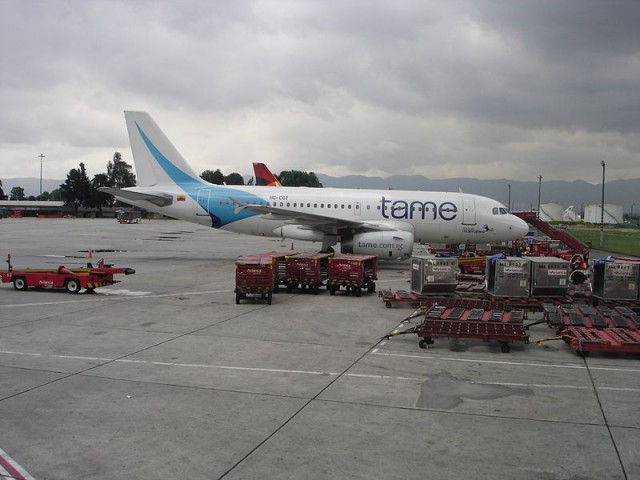 Tame Airlines (or TAME or tame) is the flag carrier of Ecuador and was founded in 1962. The airline mostly serves Ecuador, but also offers flights to Colombia, Panama, Venezuela and seasonally to Cuba.