You might remember our story late last year about our flight in Finnair’s A330 business class throne seat from San Francisco to Helsinki. After a few days in Finland — which included a very AvGeeky chat with the manager of Finnair’s A350 fleet — it was time to head back to the US. To shake things up a little, instead of our usual article format, we put together a video recapping the return journey. We hope you enjoy it!

Clearly we spent a ton of time talking about Finnair’s new flagship Airbus A350s … but we never flew one ourselves. Well we’re about to fix that! On Sunday March 31st into Monday April 1st we’ll be flying Finnair’s inaugural service from Los Angeles LAX to Helsinki on the A350. It’s the airline’s first US route to get full-time A350 service, which means a huge passenger experience upgrade in all cabins. As usual, we’ll be live tweeting along the way @AirlineReporter.

Also we’re genuinely interested in your feedback on the video trip report format. Would you like to see more videos enter the mix? And subscribe to our YouTube channel to get a first look at clips from our trips! 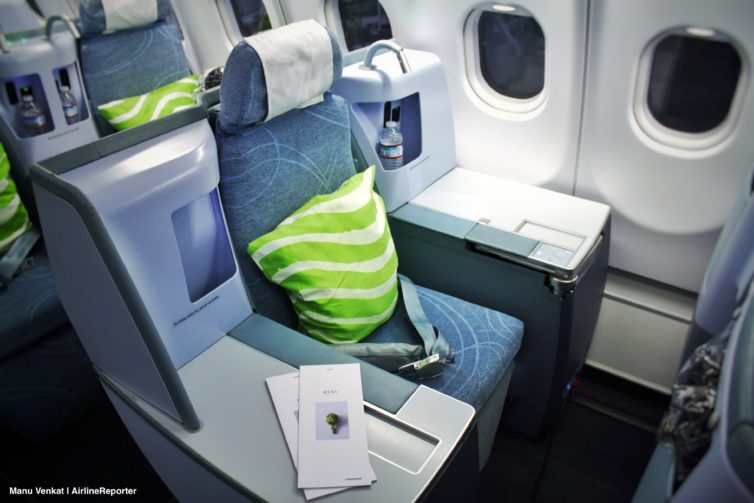 On the best of business class flights, it feels like you’re being treated like royalty. Well, what better way to fly like a king or queen than to sit in a throne? That’s how I felt on a trip from San Francisco to Helsinki on Finnair, when I scored one of the business class cabin’s “throne seats.” With no neighbors, tons of table space on both sides, miles of elbow room, and a view out the window, it’s one of the most stylish ways I’ve crossed the Atlantic. It also gave me a great chance to learn about Finnair and its unique Finnish touch. And now that I’m back on the ground, it’s time to spill some details.

Read on for plenty of photos, videos, and thoughts from my long-haul Finnair business class A330 flight from San Francisco to Helsinki. And then decide for yourself whether it’s an experience fit for a king! 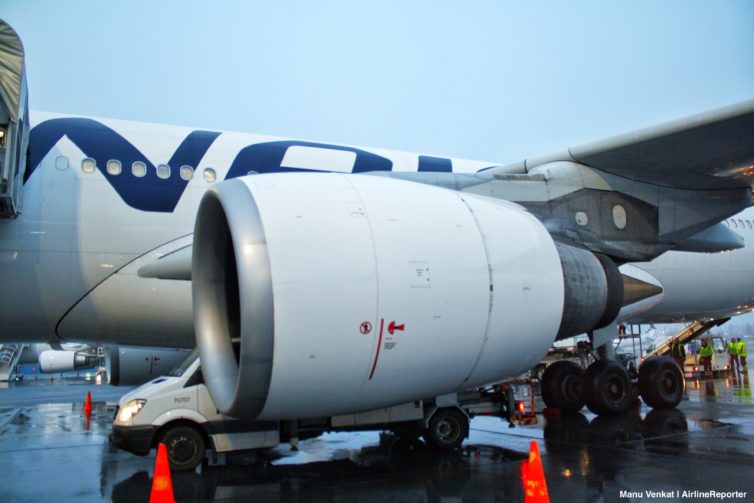 Being a non-schengen flight, the departure was from Terminal 1 at Prague Airport. I arrived about three hours early; it was interesting to see that Czech Airlines had dedicated check-in for the Seoul flight, with two dedicated business counters. My bag was priority-tagged and I was on my way to passport control within five minutes of arriving at the airport.  The security check takes place at the gate for all flights originating from Terminal 1.

Once onboard the aircraft, I was greeted by the purser and escorted to my seat. As the aircraft is an ex-Korean Air bird, the interior and layout is identical to their A330-300’s; the only difference with this one being the paint scheme on the outside is that of Czech Airlines.