Right now is an awful time to fly. But with many of us grounded and stuck at home, it’s been an OK time for daydreaming about flights we want to take once things get back to normal. I wanted to share my list, and then (more importantly) hear from you about what your post-COVID AvGeek priorities are.

The first ever Boeing 747-8i to visit Prague arrives on a hot summers day Photo: Jacob Pfleger | AirlineReporter 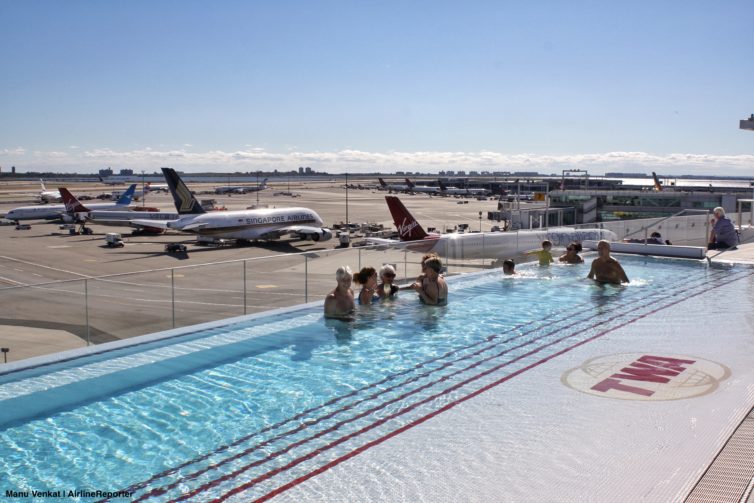 Okay, it’s your turn! What’s on your AvGeek to-do list for once the world gets COVID under control? The comments section awaits your answer.

https://www.airlinereporter.com
The History of One Lockheed L-1011 TriStar Named Martin
Microsoft Flight Simulator: Easier to Get Flying Than You Might Think!
5 Comments

A fun trip on a dash 8 is into Toronto Island airport runway 26. Because there’s an old smokestack in the way, the approach over the beach has to be parallel to the runway and the plane needs to turn 90 degrees over the eastern channel and then turn another 90 degrees to line up with the runway. After that its a matter of swooping over the harbour, passing the ferries and sailboats. If you’re on the right-hand side of the plane you can see downtown.

Once the covid nonsense is over I want to go almost any bloody place.

KE’s 748 is a delight, especially on the upper deck as their J seat on that fleet is an excellent product.

For me, anything with more than two engines, I want to fly on. The A380 is already being retired and the 747-8I is probably not too far behind.

However, I think when my wife and I are first ready to fly, we will want to take it easy and do a shorter-haul flight… maybe to Hawaii (from Seattle). I think also because of all the crud that has been going on, we will be more willing to pay more for non-stop, to reduce the number of literal touch points during our trip.

Lucky enough to fly a lufthansa 747-8 last week. The back of the upper deck is lovely and comfy and quiet .. further forward was actually noisier … have fun 😉

Manu, several months PRIOR to COVID-19, I’d booked a KE 747-8I flight from ATL-ICN; to depart in early April. It was to have been my FIRST on the Super “Queen of the Skies”. I was very much looking forward to that experience – also to have been my longest nonstop flight! But the Chinese virus wrecked my plans; including my annual spotting mission to Japan!

Additionally, I’ve put the TWA Hotel on my Ca-Ca List – permanently!! Why? They REFUSED to book my preferred room location for me! (I pleaded with TWO of their managers.) So, they don’t need my money! I only stay at hotels which understand the needs of an aviation spotter and COOPERATE to meet my requests! Apparently, TWA doesn’t realize that it NEVER benefits their business (bottom line) to irk and disappoint a prospective guest! Since they charge BIG BUCKS for the privilege of staying there, they’d do well to learn that lesson! Any business never has a second opportunity to make a FIRST IMPRESSION upon a customer!

Any other Av-geeks … experienced this?!