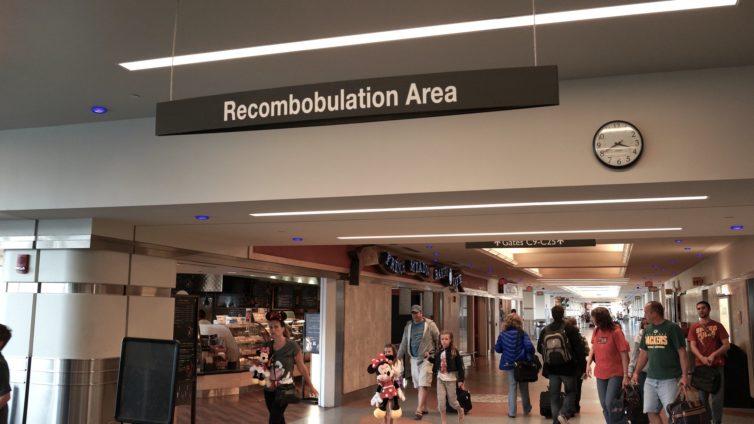 Global Entry comes with a government-issued REAL ID card, something Preâœ“™ doesn’t offer. Don’t know what a REAL ID is? Take a moment to find your driver’s license or state-issued ID. Is there a star near the upper right-hand corner? If yes, you’re good. Washington state folks, you guys are special [gosh darn right we are –David]. If your license reads “Enhanced” you’ve made the cut. If neither applies, you’re going to need to use an alternate ID or obtain a REAL ID.

The TSA claims that travelers without a REAL ID will not be approved through screening starting October 1, 2020. The federal law requiring that states issue REAL IDs to “preserve national security” was passed in 2005. Amazingly, some states and territories have taken over fifteen years to comply.

And while most states are compliant today, that doesn’t mean already-issued licenses will work. My home state of Missouri, for example, only recently implemented a voluntary REAL ID license option. Here in the “Show-Me State,” anyone who received their license prior to March 25, 2019 has a non-compliant ID. And if they want to fly on a plane and don’t have an alternative, they will need to visit the DMV less than two years after renewing their six-year license to specifically request a REAL ID-compliant version.

SPOILER ALERT: Missourians (and others) are going to cause major headaches at airport screening points across the nation this October if TSA stands by their highly-delayed deadline. 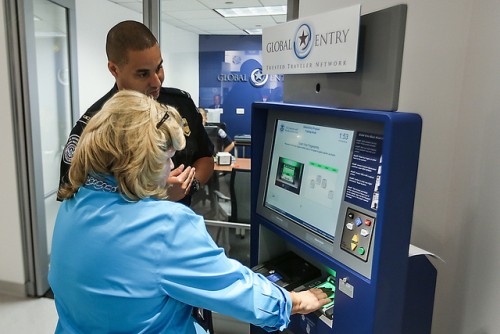 So, have I convinced you? Great! Here’s the deal: Applicants fill out an online form, confirm a bunch of personal data, pay $100, consent to a rigorous multi-agency background check, willingly hand over their biometric data, and are subject to an in-person interview with a CBP agent. When reading it all together like that, it might seem a bit overwhelming, but trust me — it is not a difficult process. Once that’s done (and assuming you pass – most do) you’ll get a shiny new ID along with the coveted KTN or known traveler number.

Current Global Entry members can apply for renewal up to one year before their expiration date, and there is no penalty for applying early. If approved, five additional years are bolted onto your current expiration date. Remember your GOES login detail (or even what that is)? No? Good! That system is dead and you have to start from scratch. Click here, then click login and agree to the government’s crazy terms by clicking consent and continue. Here you’ll be informed that GOES is out, and Login.Gov is in. Create a new login and the process is familiar and intuitive from there out.

Get through security faster = you have more time to look at your airplane at the gate. United doesn’t fly the 747 anyhow, but bet you wished you spent more time just staring at them!

Apparently not all renewals require an in-person interview. How did I find out? I applied for renewal on a Friday night, received an approval e-mail Monday, and my new card was in my mailbox that Saturday. Cool!

If you travel even semi-regularly, Global Entry is the way to go, even if only to receive the Preâœ“™ benefit. And the convenience of Global Entry when arriving back to The States even just once over five years is easily worth the extra $15. And with what happened in New York, who knows if it might happen elsewhere. Take advantage of the short lines now!

NOTE: This is not a promoted post, I just really believe this is such a great product. Additionally, some “premium” credit cards, the ones with crazy high annual fees, and names involving precious metals and gems often cover Global Entry fees. We don’t get any kickbacks from the cards either, just trying to save you a few bucks.

Where is the Safest Place to Sit in an Airliner? – Unsolicited Travel Advice
Something New, Something Blue: Flying KLM’s 787-9 Dreamliner Business Class
3 Comments

I was hoping this would speed up my renewal, now at almost 6 months in the queue. Maybe we can also knock out the Californians as well??

That is all fine and good if you live in a place where you can get the personal interview. I would have to travel 300 miles to be interviewed.

300 miles of travel for an interview sounds like a bummer if you aren”t looking for a reason to get out.

That said, they have added a lot of interview centers over the past few years. You might check to see is your situation has changed. We even have one here in the KC, MO area.

Once provisionally approved you have a year to get the interview. If you travel enough to want/need a trusted traveler program there must be many opportunities to get an interview while away. My wife for example was interviewed just outside of Detroit.