Of course there was cakeâ€¦

And there was a roast pig for good luck

Cathay Pacific is renowned for its high-quality service, and that was in evidence at the catered launch event. There was plenty of food, including a whole roast pig, which is a traditional good-luck meal. 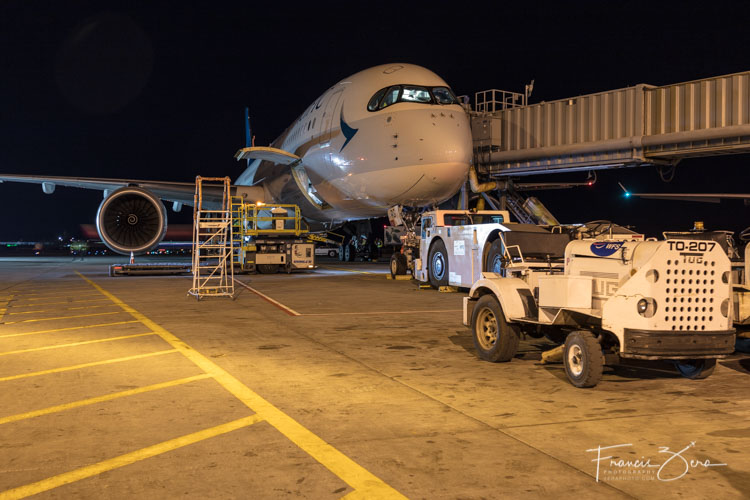 Preparing for the inaugural flight

The late-night departure made for a really fun photo opportunity out on the ramps and taxiways. 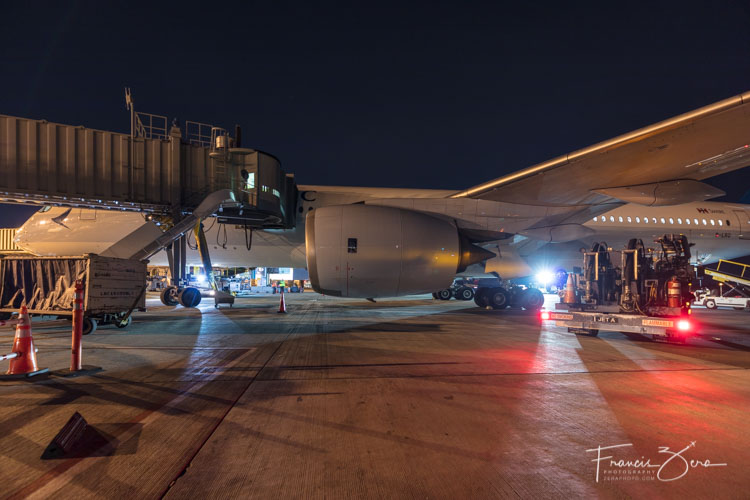 Loading up for the long flight to Hong Kong

The flight is the very definition of a red-eye, departing from Seattle at 1:00 a.m., and arriving at Hong Kong International Airport at 5:10 a.m. the following day. The return flight departs HKG at 11:55 p.m. and arrives at SEA at 9:00 p.m.

The dancers drew a crowd of travelers in the terminal 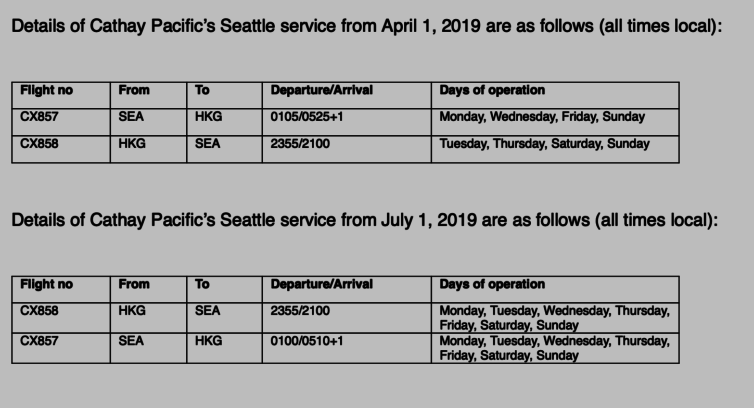 http://www.zeraphoto.com
Economy, Premium Economy, and Business on Qantas — Oh My!
First Class Adventures on a Qantas Airbus A380
2 Comments

Francis,
What was the lens and camera settings you used to get the A350 departure shot?

Camera settings are always specific to the environmental conditions at a given location and moment in time. With that caveat, here you go: manual mode, 1/50th at f/4.5, ISO6400.